Medieval Christmas: how did people in the Middle Ages celebrate? 1) Don’t go over the top Medieval Christmas wasn’t quite the all-encompassing celebration it often is today, so relax a little. 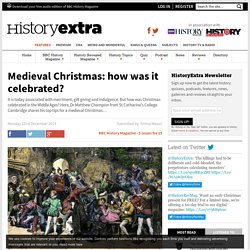 Christmas, the Feast of Jesus’s Nativity, was important, but more significant was Easter, and perhaps also the Annunciation – that moment celebrated on 25 March when God was supposedly conceived in Mary’s womb. 2) Be wary Much of the medieval world didn’t celebrate Christmas, and if you were a medieval Jew, Christmas could be a time of danger. At Korneuburg in around 1305, townsfolk accused the Jews of procuring a consecrated communion wafer at Christmas and desecrating it, whereupon it ‘bubbled blood-drops, like an egg sweats when it is cooked’.

The medieval Muslim scholar Ibn Taymiyya (1263–1328) inveighed against those Muslims who adopted Christian festivities, particularly criticizing what he saw as an imitation of Christmas in the celebration of the Prophet Muhammad’s birthday (mawlid). 3) Fast then feast 4) Reign victorious. 5 facts you (probably) didn’t know about the Tudors and the Tudor period. The Tudor dynasty is one of the best known in history, popularised by the likes of Henry VIII, Anne Boleyn and Edward VI. 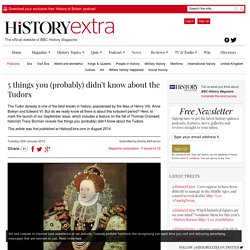 But do we really know all there is about this turbulent period? Here, to mark the launch of our September issue, which includes a feature on the fall of Thomas Cromwell, historian Tracy Borman reveals five things you (probably) didn’t know about the Tudors. This article was first published at HistoryExtra.com in August 2014 Tuesday 20th January 2015 Submitted by Emma McFarnon. Painting 'reveals Walter Ralegh’s secret desire for Elizabeth I' Conservators have uncovered a small painted sea in a portrait of 16th-century adventurer Sir Walter Ralegh, which they believe reveals the depth his devotion to Queen Elizabeth I. 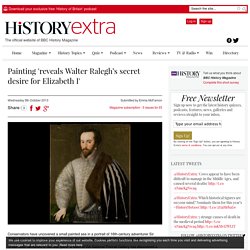 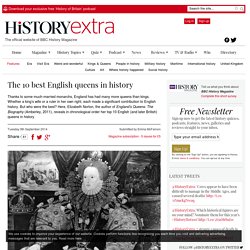 9 astonishing deaths reported in Victorian newspapers. The corpse that stood up and danced Marion Hillitz’s dancing days were behind her. 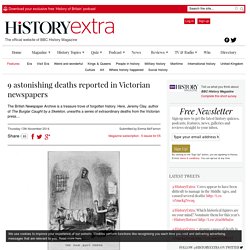 In profile: the British princess who scandalised the royal family. Here, Laurie Graham, the author of The Grand Duchess of Nowhere, tells you everything you need to know about the famous British princess… Born: 25 November 1876, San Antonio Palace, Valletta, Malta Died: 2 March 1936, Schloss Amorbach, Bavaria Family: Ducky was the daughter of Alfred, Duke of Edinburgh and Saxe-Coburg and Grand Duchess Marie Alexandrovna of Russia. 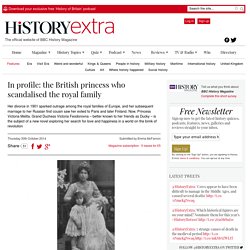 She therefore had two illustrious grandparents: Queen Victoria and Tsar Alexander II. 9 strange facts about the history of apples. With one a day said to keep the doctor at bay, apples are today one of the nation’s most popular fruits. 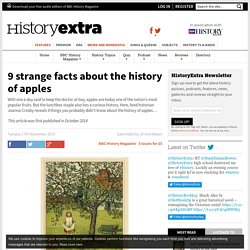 But the lunchbox staple also has a curious history. Here, food historian Joanna Crosby reveals 9 things you probably didn’t know about the history of apples… This article was first published in October 2014 Tuesday 17th November 2015 Victorian children collecting apples, an illustration by JG Sowerby. From Victorian fiction to Benedict Cumberbatch: the history of Sherlock Holmes in pictures.

Since first appearing in print in 1887, Arthur Conan Doyle’s Sherlock Holmes has become the world’s most famous fictional detective. 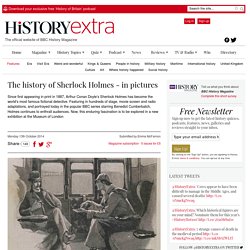 Featuring in hundreds of stage, movie screen and radio adaptations, and portrayed today in the popular BBC series starring Benedict Cumberbatch, Holmes continues to enthrall audiences. Now, this enduring fascination is to be explored in a new exhibition at the Museum of London Monday 13th October 2014 Submitted by Emma McFarnon Featuring world-class loans and never-before-seen objects, the exhibition promises to delve into the mind of Sherlock Holmes, and transport visitors to Victorian London – the backdrop for Conan Doyle’s most famous literary invention.

Witches through history – in pictures. From the 1400s to the Victorian period and beyond, witches have captured the artistic imagination. 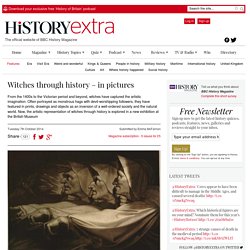 Often portrayed as monstrous hags with devil-worshipping followers, they have featured in prints, drawings and objects as an inversion of a well-ordered society and the natural world. Now, the artistic representation of witches through history is explored in a new exhibition at the British Museum Tuesday 7th October 2014 Submitted by Emma McFarnon. 9 strange unsolved historical mysteries. 1) The Mary Celeste What became of the crew and passengers of this British-American brigantine remains one of the greatest unsolved mysteries of the sea. 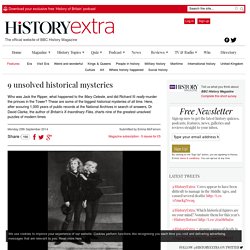 The name has since become synonymous worldwide with derelict ‘ghost ships’. The Mary Celeste was found drifting 400 miles east of the Azores by the crew of another cargo-carrying vessel, the Dei Gratia, on 5 December 1872. The leader of the boarding party told a British board of inquiry at Gibraltar he found the ship was “a thoroughly wet mess”, with possessions left behind and the lifeboat missing. No trace of Captain Benjamin Spooner Briggs, his wife and their young daughter or the seven experienced crew members has ever been found. Sibling rivalry: Henry VIII, Richard III and other monarchs whose fate was determined by their brothers and sisters. In the bad old days of high infant mortality, any royal family needed an heir and several ‘spares’ – north of the border, James V and his daughter, Mary Queen of Scots, are just two of the many British monarchs with elder brothers who died in infancy.

William the Conqueror left England to his second son, another William, while the eldest son, Robert, inherited Normandy. Since then, the history of these islands has been littered with famous second – or third, or fourth – royal siblings, who for better or for worse have done much to shape the monarchy that we know today. Here are 10 of the most famous. Richard I (1157–99)