“[O]ur project is descriptive, not normative. 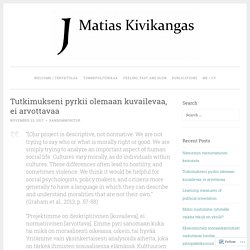 We are not trying to say who or what is morally right or good. We are simply trying to analyze an important aspect of human social life. Cultures vary morally, as do individuals within cultures. These differences often lead to hostility, and sometimes violence. Rare historical photo: "Father stares at the severed hand and foot of his five-year-old, Belgian Congo, 1904" 494 images of Germany just before World War I - part 1. During the early 1900s a French journalist named Jules Huret spent a number of years in Germany, and published two books in 1912 and 1913 based on his reports sent back to Le Figaro. 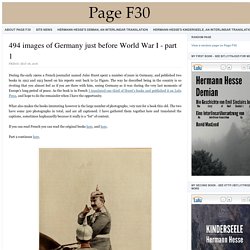 The way he described being in the country is so riveting that you almost feel as if you are there with him, seeing Germany as it was during the very last moments of Europe's long period of peace. As the book is in French I translated one third of Huret's books and published it on Lulu Press, and hope to do the remainder when I have the opportunity.

What also makes the books interesting however is the large number of photographs, very rare for a book this old. The two have some 500 photographs in total, and are all captioned. I have gathered them together here and translated the captions, sometimes haphazardly because it really is a *lot* of content. Explicit cookie consent. How the first world war changed the world ON JULY 28th 1914 Austria-Hungary declared war on Serbia, beginning the first world war. 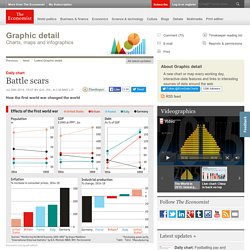 In the following four years, millions would lose their lives. What else changed? Ludlow Massacre - Wikipedia. The Ludlow Massacre was an attack by the Colorado National Guard and Colorado Fuel & Iron Company camp guards on a tent colony of 1,200 striking coal miners and their families at Ludlow, Colorado, on April 20, 1914. 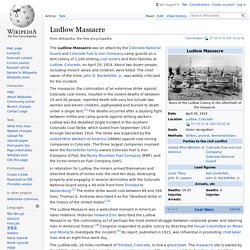 About two dozen people, including miners' wives and children, were killed. The chief owner of the mine, John D. Rockefeller, Jr., was widely criticized for the incident. The massacre, the culmination of an extensive strike against Colorado coal mines, resulted in the violent deaths of between 19 and 26 people; reported death tolls vary but include two women and eleven children, asphyxiated and burned to death under a single tent.[1] The deaths occurred after a daylong fight between militia and camp guards against striking workers.

Ludlow was the deadliest single incident in the southern Colorado Coal Strike, which lasted from September 1913 through December 1914. Analyysi: Populismi uhkaa demokratiaa – ja noudattaa aina samaa kaavaa. How fascist is Donald Trump? There’s actually a formula for that. Adolf Hitler and Benito Mussolini in Venice. 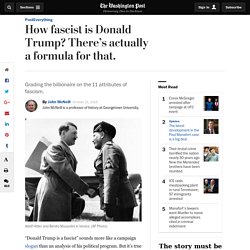 (AP Photo) “Donald Trump is a fascist” sounds more like a campaign slogan than an analysis of his political program. But it’s true that the GOP nominee doesn’t fit into America’s conventional party categories, and thoughtful people — authors Robert Kagan and Jeffrey Tucker, among others — have hurled the f-word at him. Fascism was born in Italy during World War I and came to power with the ex-journalist and war veteran Benito Mussolini in 1922. Since the 1950s, dozens of top historians and political scientists have put fascism, especially the Italian and German versions, under the microscope. 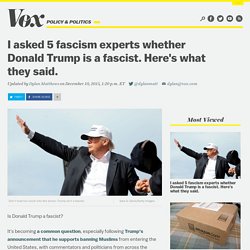 It's becoming a common question, especially following Trump's announcement that he supports banning Muslims from entering the United States, with commentators and politicians from across the political spectrum answering in the affirmative: Suomalaiset SS-miehet, politiikka ja uskonto. The Fallen of World War II. Entinen natsijohtaja avoimena Ylen haastattelussa: ”Minun täytyy määritellä nyt elämäni uudestaan” Auschwitz-komentajan pojanpoika: Natsiaate elää yhä suvussani. Faculty of Arts, Monash University. Yön susien Kirurgi raivostui historiasta – ”Neuvostoliitto ja Hitlerkö muka liitossa?” - Ulkomaat. Americans have forgotten what we did to North Korea. Proposal: keep the nuclear launch codes in an innocent volunteer's chest-cavity / Boing Boing. In 1981, Harvard law professor Roger Fisher, director of the Harvard Negotiation Project, published a thought experiment in the Bulletin of Atomic Scientists: what if the codes to launch nuclear war were kept inside the chest-cavity of a young volunteer, and the President would have to hack them out of this young man's chest before he could commence armageddon? 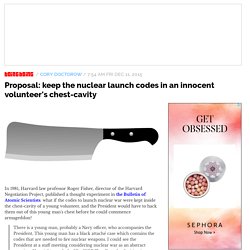 There is a young man, probably a Navy officer, who accompanies the President. This young man has a black attaché case which contains the codes that are needed to fire nuclear weapons. I could see the President at a staff meeting considering nuclear war as an abstract question. Construction And Fall Of The Berlin Wall. Docventures: Random faktoja Pohjois-Koreasta. German Unification: A Nation Divided. In the early euphoria following the fall of the Berlin Wall in 1989, Germany moved quickly to erase the scars of its Cold War division. 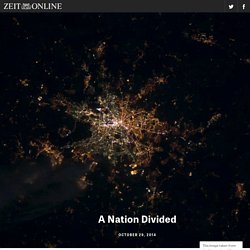 But East Germany’s legacy remains visible in statistics. This image taken from the International Space Station shows the nighttime division between eastern and western Berlin, which still had differently colored streetlights in 2012. Source: ESA/NASA What does Germany’s reunification nearly a quarter of century later look like? Can you touch it? Germans worked hard to make their decades of division disappear. We sought images, graphics and statistics to tell the story of German unity – or its continued division. Unique pictures. Why Women Had Better Sex Under Socialism - NYTimes.com.