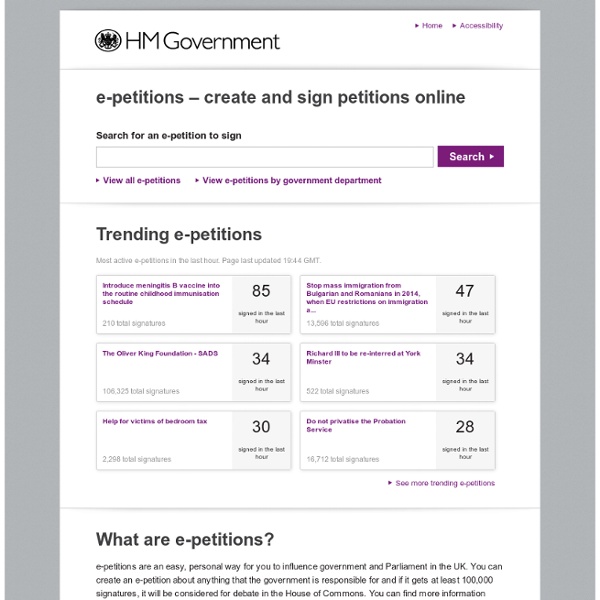 The world’s platform for change The world’s platform for change Victories every day. Start a petition Victory Meriam Yehya Ibrahim saved from execution in Sudan One million people from around the globe signed Emily Clarke's petition, joining a chorus of international voices demanding freedom and justice for Meriam, a Sudanese woman who was sentenced to death because of her... Ghoncheh Ghavami freed from prison after brother's campaign More than 777,000 people signed a petition calling for the release of British Iranian, Ghoncheh, jailed for watching volleyball. Residents win fight against eviction from housing estate Almost 350,000 people signed a petition helping 93 families threatened with eviction, save their homes. Legal aid granted for inquest into the death of Cherry Groce After more than 134,000 people signed a petition, the family of Cherry Groce, who was paralysed in a police shooting that sparked the 1985 Brixton Riots, were granted Legal Aid for an inquest into her later death. Trending petitions Becky WhiteSt.