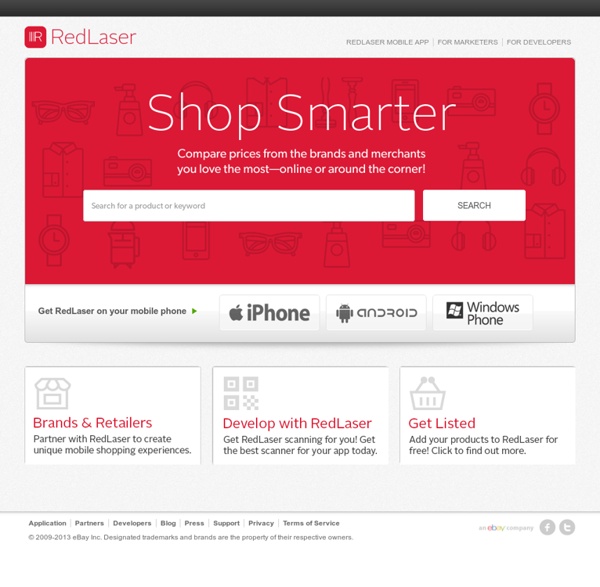 Pay-what-you-want Panera called a success By Jim Salter, Associated Press Updated 5/16/2011 11:24 PM | CLAYTON, Mo. — Rashonda Thornton looked up at the menu on the wall, ordered a Caesar salad and dropped a $10 bill in a box. Pretty generous, considering the meal at Panera Bread's cafe in the St. Laverna No registration required Laverna is webapp written on JavaScript which means it requires no installation and no registration. Encryption Laverna can encrypt all your notes on client side with SJCL library and no one, except you can get access to it. Markdown Comodo Internet Security Comodo Internet Security offers complete protection ...from viruses, Trojans, worms, buffer overflows, zero-day attacks, spyware and hackers. Comodo Internet Security alerts you whenever potential malware attempts to attack or gain access to your system.

Using the Crowd as an Innovation Partner Photography: Michele Sereni Artwork: Jacob Hashimoto, The Other Sun, 2012, acrylic, paper, thread, bamboo, Ronchini Gallery, London To answer the most vexing innovation and research questions, crowds are becoming the partner of choice. Can Public-Funded Entrepreneurship Work? A Q&A With the Author of Boulevard of Broken Dreams In recent months, the U.S. government has taken on a challenging and controversial new role: private sector investor. This development has raised a host of questions about the government’s role in the economy and a new book by Josh Lerner, Boulevard of Broken Dreams: Why Public Efforts to Boost Entrepreneurship and Venture Capital Have Failed — and What to Do About It, is required reading for anyone hoping to understand the issues. Lerner, the Jacob H. Schiff Professor of Investment Banking at Harvard Business School, describes government interventions in countries as varied as the U.S., Singapore, and Israel, and explains the case for intervention. His analysis of successful and unsuccessful programs worldwide ultimately suggests a cautious approach to government intervention that bears little resemblance to the reality of today.

Everything you need to know about building a startup in China China’s booming mobile market is creating lucrative new business opportunities for startups, according to Australian entrepreneur and Koombah cofounder Jason Lim, who recently returned from China. However, mobile is different in China because they have a generation of people who skipped the laptop phase and moved directly to smartphones, says Lim. “China has the [world’s] largest number of mobile internet users with 500 million,” he says. Lim told StartupSmart the mobile boom is leading to big startup opportunities mobile gaming, social media, online video and mobile commerce. “China is set to surpass the US mobile gaming market next year and is on track to hit $US3 billion ($A3.23b) in revenue this year,” he says.

$700 million renewal of Ohio Third Frontier heads for May ballot - MedCity NewsMedCity News COLUMBUS, Ohio — A $700 million renewal of Ohio Third Frontier — the 10-year, $1.6 billion project to re-energize Ohioâ€™s economy by investing in emerging technologies — is on its way to the May 4 ballot, thanks to bipartisan support of a compromise resolution by state Senate and House members on Wednesday. Gov. Ted Strickland “is pleased to see that all sides have come together to reach a bipartisan agreement to renew the Third Frontier,” spokeswoman Amanda Wurst said. “This bipartisan agreement is the strongest validation of the successful economic development program that has already created tens of thousands of jobs. This is a significant investment in Ohio’s economy and cornerstone of Ohio’s economic growth strategy.”

World Economic Forum - The Millennial Challenge Citing a “mismatch” between high youth unemployment across the globe and the dearth of qualified workers for many companies, corporate and civil society leaders at the World Economic Forum Annual Meeting 2014 called for a collaborative approach to seize the opportunity inherent in the problem. In the presence of members of the Forum’s Global Shapers community – a worldwide network of socially engaged young people – leaders urged further incubation of creative ideas to train and invest in the 50% of the global population under the age of 27. The potential upside of better incorporating youth into the economy is enormous, said Robert Greenhill, Managing Director, World Economic Forum. For every percentage point increase in youth unemployment, US$ 72 billion is added to global consumption.