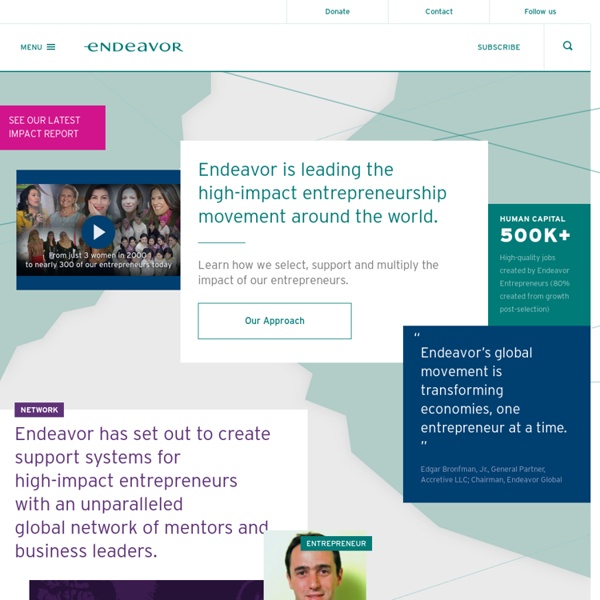 Business Model Generation - Book Order Download the VP Canvas PDF The Value Proposition Canvas is Copyright Business Model Foundry 2012. You are not permitted to repost this file online. You can use it in presentations, workshops, seminars, or within your company. Bridge International Academies At Bridge International Academies, our mission is to provide every child with the chance to have a high-quality primary education regardless of their family’s income – in a nutshell, “Knowledge for all.” Currently, there are approximately 2.7 Billion people living on less than $2 a day. In their communities, there is a huge gap between the education offered and the needs of the population.

Startup Funding: 8 Best Ways To Raise Capital Finding money to fund your dream can be the biggest obstacle a young startup faces, but it doesn't have to be. Choosing the right option is half the battle. December 13, 2013 The hardest challenge a young entrepreneur will face is raising capital. Convincing someone else to believe in your dream takes resilience, planning and a strong presentation. With A 50% Increase In Applications, The Next Y Combinator Class Will Be 80 Strong At TechCrunch Disrupt on Tuesday, Y Combinator’s Harjeet Taggar said that the incubator’s next class will have at least 80 startups, up from 65 in the prior group. Even though Y Combinator is hosting its largest class ever, it was also the most selective class the incubator has ever had, with just a 2 percent acceptance rate. While Y Combinator grew its class size by about 20 percent, the number of applications increased 50 percent.

Will my idea work? Strategy and entrepreneurship Successful entrepreneurs insistently ask why their idea will or won’t work. John Mullins explains. Passion. Conviction. Tenacity. How One Man Made $80,000 From His Expertise 1. Do the Work to Make it Good Be suspicious when people tell you that making an online course is "easy." McCabe soon learned that producing a course was doubly as hard as he anticipated and he had to learn and perfect some unfamiliar skills such as speaking, recording and producing audio.

A League Of His Own Kevin Koym has a degree in electrical engineering, a r?sum? that includes stints at IBM, Motorola, and NeXT Computer, and a two-person software company called Enterprise Teaming. But last summer, when a computer glitch at his bank kept him from paying one of his bills, Koym was flummoxed.