Operation Plumbbob. Operation Plumbbob was a series of nuclear tests conducted between May 28 and October 7, 1957, at the Nevada Test Site, following Project 57, and preceding Project 58/58A.[1] It was the biggest, longest, and most controversial test series in the continental United States. 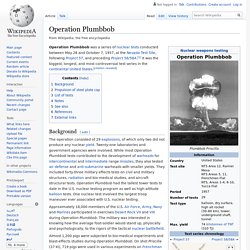 [citation needed] Background[edit] The operation consisted of 29 explosions, of which only two did not produce any nuclear yield. Twenty-one laboratories and government agencies were involved. While most Operation Plumbbob tests contributed to the development of warheads for intercontinental and intermediate range missiles, they also tested air defense and anti-submarine warheads with smaller yields. Approximately 18,000 members of the U.S. Nuclear weapons safety experiments were conducted to study the possibility of a nuclear weapon detonation during an accident. Dirty bomb. A dirty bomb or radiological dispersal device (RDD) is a speculative radiological weapon that combines radioactive material with conventional explosives. 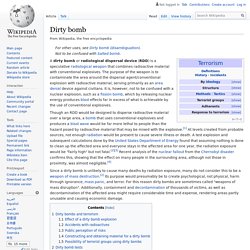 The purpose of the weapon is to contaminate the area around the dispersal agent/conventional explosion with radioactive material, serving primarily as an area denial device against civilians. It is, however, not to be confused with a nuclear explosion, such as a fission bomb, which by releasing nuclear energy produces blast effects far in excess of what is achievable by the use of conventional explosives. Though an RDD would be designed to disperse radioactive material over a large area, a bomb that uses conventional explosives and produces a blast wave would be far more lethal to people than the hazard posed by radioactive material that may be mixed with the explosive.[1] At levels created from probable sources, not enough radiation would be present to cause severe illness or death. Dirty bombs and terrorism[edit] Personal safety[edit] International Network of Engineers And Scientists Against Proliferation.

U.S. researchers have confirmed the scientific validity of the concept of “nuclear winter” and have demonstrated that any conflict which targets even a tiny fraction of the global nuclear arsenal against large urban centers will cause catastrophic disruptions of the global climate. 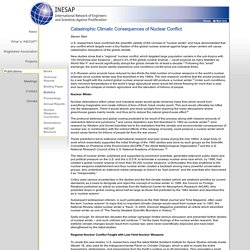 New studies show that a “regional” nuclear conflict, which targeted large population centers in the sub-tropics with 100 Hiroshima-size weapons – about 0.3% of the global nuclear arsenal –, could produce as many fatalities as World War II and would significantly disrupt the global climate for at least a decade. Following this “small” exchange, the world would rapidly experience cold conditions not felt since pre-industrial times. U.S. -Russian arms accords have reduced by two-thirds the total number of nuclear weapons in the world’s nuclear arsenals since nuclear winter was first described in the 1980s. Nuclear Winter. Crimea (Great Nuclear War) The Crimean Republic is a Soviet Survivor state located in southern Ukraine. 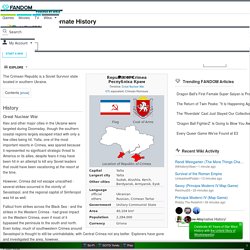 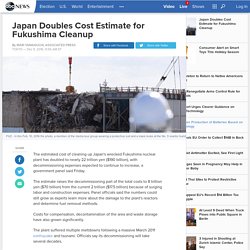 The estimate raises the decommissioning part of the total costs to 8 trillion yen ($70 billion) from the current 2 trillion ($17.5 billion) because of surging labor and construction expenses. Panel officials said the numbers could still grow as experts learn more about the damage to the plant's reactors and determine fuel removal methods. Costs for compensation, decontamination of the area and waste storage have also grown significantly. The plant suffered multiple meltdowns following a massive March 2011 earthquake and tsunami. Officials say its decommissioning will take several decades. Rising cost estimates mean an increased burden on consumers. WHY ISNT THIS ON THE NEWS?? R.F.B ep. 1. Obama's new nuclear weapons. Sign Up for Our free email newsletters The U.S government today released a precise accounting of its strategic nuclear forces, something it is required to do by treaty, and it's worth a careful read. 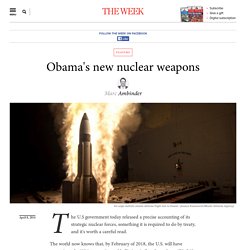 The world now knows that, by February of 2018, the U.S. will have approximately 400 intercontinental ballistic missiles, down from 450; 240 submarine-launched ballistic missiles, down about 50; and 60 nuclear-capable heavy bomber fighters (B-2As and B-52Hs), converting 30 B-52s to a non-nuclear role. Five Men Agree To Stand Directly Under An Exploding Nuclear Bomb : Krulwich Wonders... Updated July 18, 2012: We have added an update to this post, which you can find below the original. 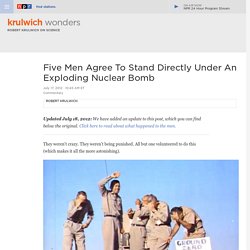 Click here to read about what happened to the men. They weren't crazy. Depleted Uranium - the Truth. By Dan Eden I'm going to tell you something that may surprise you. 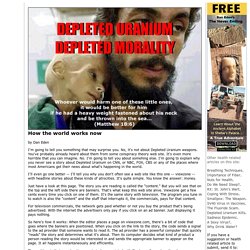 No, it's not about Depleted Uranium weapons. Feet to the Fire: Dr. Richard Alan Miller - Fullerene Fusion Bombs 10-12-2014. Too Classified to Publish: Bush Nuclear Piracy Exposed. Russia Opens Files on Nuclear 9/11 and Israeli Proliferation …by Gordon Duff, Senior Editor The report below is taken from an intelligence dump by Russian sources. 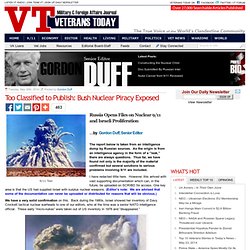 Key Issues: Nuclear Weapons: The Basics: The Neutron Bomb. Introduction, some felt that its relatively small initial blast and fallout was ideal for use in densely populated areas, like Europe. 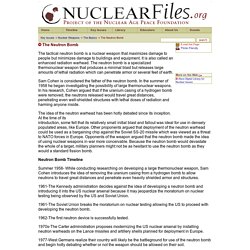 What Is a Neutron Bomb? UNSURVIVABLE thermonuclear war/ww3. Aerial view of an atomic bomb explosion. US Spent Nuclear Fuel Largest Concentration Of Radioactivity On Planet. What Is PLUTOnium? Nuclear Power Technology, an Extinction Level Event! It’s not a meteor impact, large solar flare, or nuclear war that could cause an Extinction Level Event to humanity, but nuclear reactor meltdowns through, war, sabotage, human error, or natural disaster. In my opinion at the present time, nuclear power technology has become the greatest danger to the survival of the human race. There are around 1,000 nuclear reactors in the world, 442 for generating electricity, 250 research reactors, and the rest are military. Fifty two are in Japan, a very earthquake active zone. There are plans to build another 50+ nuclear power reactors for generating electricity in India and China, in the next decade alone.

The explosion resulted in an EMP much larger than anticipated, illuminating a large area of the Pacific Ocean, causing electrical damage in Hawaii some 900 miles away from the detonation point, trapping high-energy electrons to form radiation belts around the earth, disabling one-third of satellites in low earth orbit and causing other satellites to fail over time. Electromagnetic pulse. An electromagnetic pulse (EMP), also sometimes called a transient electromagnetic disturbance, is a short burst of electromagnetic energy. Such a pulse may occur in the form of a radiated electric or magnetic field or conducted electrical current depending on the source, and may be natural or man-made. The term "electromagnetic pulse" is commonly abbreviated to EMP, pronounced by saying the letters separately (E-M-P).

EMP interference is generally damaging to electronic equipment, and at higher energy levels a powerful EMP event such as a lightning strike can damage physical objects such as buildings and aircraft structures. The management of EMP effects is an important branch of electromagnetic compatibility (EMC) engineering. The damaging effects of high-energy EMP have been used to create EMP weapons. General characteristics[edit]