CCID 9520 morgellons disease analysis of a population with clinically 051210. 73. Development of Cellular Slime Molds, Dictyostelium discoideum, D. Purpureum & D. Minutum. Plasmodium (life cycle) Plasmodiocarp of the slime moldHemitrichia serpula: the living structure contains many nuclei, not separated from each other by cell membranes or cell walls. 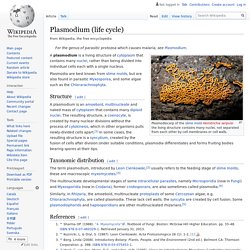 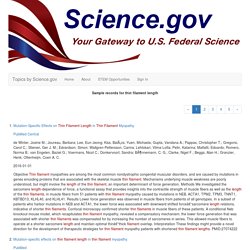 TRUTHCURES. What are Osps? 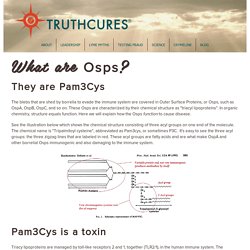 They are Pam3Cys The blebs that are shed by borrelia to evade the immune system are covered in Outer Surface Proteins, or Osps, such as OspA, OspB, OspC, and so on. These Osps are characterized by their chemical structure as "triacyl lipoproteins". In organic chemistry, structure equals function. Here we will explain how the Osps function to cause disease. See the illustration below which shows the chemical structure consisting of three acyl groups on one end of the molecule. How to Make (Copper) Chloride. Models of infection due to mycoplasmas, including Mycoplasma fermentans, in the genital tract and other sites in mice. - PubMed - NCBI. Toxic Granulation - an overview.

Infections and the bone marrow In acute bacterial infections the BM shows increased cellularity and an increased M : E ratio due to increased neutrophil granulocytopoiesis. 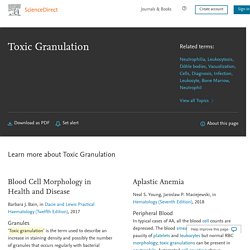 Even when the cellularity of the marrow is greatly increased, some fat cells persist. The neutrophil series may show toxic granulation and the formation of Döhle bodies. The marrow may also contain occasional giant metamyelocytes. Nanofiber. Example of a cellulose nanofiber network. 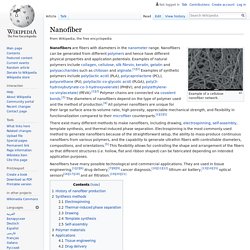 There exist many different methods to make nanofibers, including drawing, electrospinning, self-assembly, template synthesis, and thermal-induced phase separation. Electrospinning is the most commonly used method to generate nanofibers because of the straightforward setup, the ability to mass-produce continuous nanofibers from various polymers, and the capability to generate ultrathin fibers with controllable diameters, compositions, and orientations.[5] This flexibility allows for controlling the shape and arrangement of the fibers so that different structures (i.e. hollow, flat and ribbon shaped) can be fabricated depending on intended application purposes. 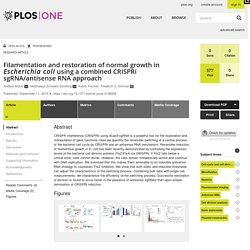 Here we quantify the reversible switching of a central process of the bacterial cell cycle by CRISPRi and an antisense RNA mechanism. Reversible induction of filamentous growth in E. coli has been recently demonstrated by controlling the expression levels of the bacterial cell division proteins FtsZ/FtsA via CRISPRi. If FtsZ falls below a critical level, cells cannot divide. However, the cells remain metabolically active and continue with DNA replication. Pnas. Laser Pulse Filamentation.

David Nicholson November 27, 2011 Submitted as coursework for PH240, Stanford University, Fall 2011 Introduction & Discovery of Filaments From the laser's invention in the late 1950s, a steady research initiative has been the development temporally shorter pulses and higher peak power. 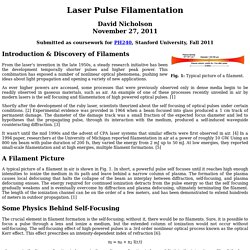 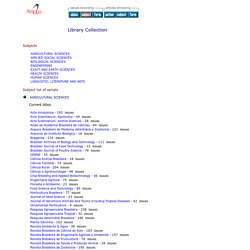 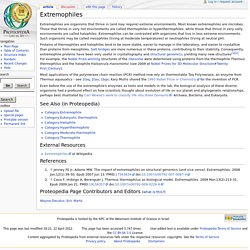 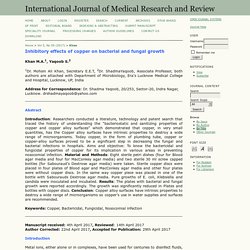 Mohsin Ali Khan, Secretary E.E.T, 2Dr. ShadmaYaqoob, Associate Professor, both authors are attached with Department of Microbiology, Era's Lucknow Medical College and Hospital, Lucknow, UP, India Address for Correspondence: Dr. Strolling under the Skin. Mbio.asm. THE REACTION BETWEEN ALPHA, BETA-UNSATURATED KETONES AND ORGANIC MAGNESIUM COMPOUNDS. THE STRUCTURE OF THE ADDITION PRODUCTS - Journal of the American Chemical Society. Bacterial recombination (1) Salt In Yourself. 13 Fascinating Photographs Of Cordyceps, The Killer Fungus. Cordyceps — or “Zombie Fungus” — are a parasitic fungus that thrive in hot, humid climates like tropical forests.

There are thousands of different types of cordyceps and each targets a specific species of insect to infect. Spores from this killer fungus infect the insect’s brain, and, later, the fruiting body of the cordyceps will erupt from that insect’s head and body. THE HYBRIDIZATION OF CORDYCEPS SINENSIS STRAINS AND THE MODIFICATIONS OF THEIR CULTURE PARAMETERS, IN ORDER TO OPTIMIZE THE PR.

TOTAL HEAA CONTENT IN THIS SAMPLE IS 0.000% w/w HYBRIDIZED CORDYCEPS SPECIES: Plot 5 shows a sample of Cordyceps sinensis mycelium powder, grown in on a solid substrate of grain, utilizing unique culture parameters and a specially hybridized, non-GMO strain of Cordyceps sinensis. This strain is detailed in section two of this paper as the most potent Cordyceps yet known, either from the wild or cultivated.

See plot 5:PLOT 5 – HYBRID CORDYCEPS SINENSIS ALOHAENSIS Plot 6 below is this same hybrid strain overlaid on a plot of wild Cordyceps to show the comparison in quantity of active ingredients as well as the qualitative similarities in the cultivated verses the wild Cordyceps. The secondary metabolites produced are very nearly identical in these two specimens of Cordyceps. Untitled. Amino Acids: Building Blocks of Life - How I Cured Morgellons.

It was incredibly informative helping me explore new directions to pursue. On Nov. 16, 2012 I saw Rick again for a second session. A note on the photos. Nov. 8, 2012 • 1st live blood microscopy session﻿ Left: Heterogeneous symplasts The tiny white dots in the clump are yeast/candida. Left and below: Ghost cells The dark black cells with the halos are red blood cells. Rick's comments "Healthy blood cells will be perfectly round, nice and dark with a glowing halo around them. Agrobacterium-mediated transformation and regeneration of cotton plants. Agrobacterium-mediated transformation of cotton. Application of Cellulosic Nanofibers in Food Science Using Electrospinning and Its Potential Risk - Rezaei - 2015 - Comprehensive Reviews in Food Science and Food Safety.

Is Copper Magnetic? If you have a strong enough magnetic field all matter is magnetic. But copper is so weakly magnetic that we can't observe it without very, very large magnetic fields. So the short answer is "No, copper isn’t magnetic. " Naturally Occurring Mutagens. Self assembling virus. International Center for Technology Assessment. Tiny Technology, Significant Risk Nanotechnology is the science of. Fifth Disease: Learn Symptoms in Babies & Adults Patient Comments: Fifth Disease - Describe Your Experience - Viewers Share Their Medical Experiences.

Comparison of nanomaterials sizes - Nanotechnology - Wikipedia. Prion - Wikipedia. Pathogenic type of misfolded protein Prions are misfolded proteins which characterize several fatal neurodegenerative diseases in humans and many other animals.[1] It is not known what causes the normal protein to misfold; the abnormal three-dimensional structure is suspected of conferring infectious properties. Babesia Increases Clotting and Increases the Death or Mortality Risk Such as Stroke, Heart Attack or Anemia. My Morgellons Protocol. Nanotechnology in neurology: Genesis, current status, and future prospects. Synthetically spun silk nanofibers and a process for making the same - The University of Akron. The present invention is directed toward silk nanofibers. Hedgehog particles break the rules. Stem Cell Therapy for Lyme Disease - Public Health Alert.

Actions of Lyme Spirochetes (Borrelia Burgdorferi) TOP. Adriana Fontes, Rafael Bezerra de Lira, Maria Aparecida Barreto Lopes Seabra, Thiago Gomes da Silva, Antônio Gomes de Castro Neto and Beate Saegesser Santos Additional information is available at the end of the chapter 1. Introduction Quantum dots (QDs) are colloidal semiconductor nanocrystals which have unique optical properties due to their three dimensional quantum confinement regime. Removing The Shackles: The "Morgellons" Umbrella: What it is or isn't. First off, I am NOT a doctor, or a nurse.