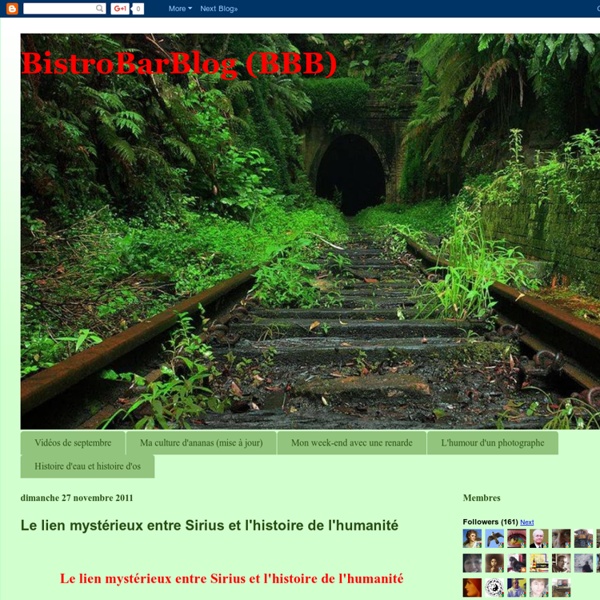 Scientist says he found definitive proof that God exists. One of the most respected scientists of today says he has found evidence of the action of a force "that governs everything." The theoretical physicist Michio Kaku claims to have developed a theory that might point to the existence of God. The information has created a great stir in the scientific community because Kaku is considered one of the most important scientists of our times, one of the creators and developers of the revolutionary String Theory which is highly respected throughout the world.

A bad witch's blog: P Clairvoyant reading is one of the most difficult psychic talents to master, although a traditional witch would certainly have been expected to possess the gift of second sight. Using a crystal ball, scrying bowl or simply closing her eyes and tuning in to the unseen realm of the spirits, the wise woman of old would have been able to help people find what they were looking for, including lost objects, missing cats or even errant husbands. Nowadays, people are more likely to visit a psychic medium than a witch when they want a clairvoyant reading, but I think it is still a skill anyone training in the craft should try to master.

Quantum Physicists: "Time" Doesn't Exist As We Think It Does (Collective-Evolution.com) “We choose to examine a phenomenon which is impossible, absolutely impossible, to explain in any classical way, and which has in it the heart of quantum mechanics. In reality, it contains the only mystery.” Richard Feynman, a Nobel laureate of the twentieth century (Radin, Dean. The Bembine Table of Isis Index Previous Next p. 57 THE BEMBINE TABLE OF ISIS. Concerning the theurgic or magic sense in which the Egyptian priests exhibited in the Bembine Table of Isis the philosophy of sacrifice, rites, and ceremonies by a system of occult symbols, Athanasius Kircher writes: "The early priests believed that a great spiritual power was invoked by correct and unabridged sacrificial ceremonies. If one feature were lacking, the whole was vitiated, says Iamblichus. Hence they were most careful in all details, for they considered it absolutely essential for the entire chain of logical connections to be exactly according to ritual. Certainly for no other reason did they prepare and prescribe for future use the manuals, as it were, for conducting the rites.

Richard Cassaro » Research The Triptych Temples Of Atlantis Unprecedented New Archaeological Evidence That A Highly Advanced “Lost Civilization” Flourished In A Remote Age Older Than Recorded Time Did the world’s first cultures inherit the same high wisdom from the same more ancient but now-vanished Mother Culture? The ancient pyramid cultures all built these Triptych (Three-Door) Temples. Does this mean they shared the same religion? Like the pyramids, the presence of these Triptych Temples worldwide throws enormous weight behind the “Atlantis” theory—the idea that civilization has much older roots than presently accepted by science; that there is a major forgotten episode in human history; that an advanced ancient culture once flourished but was destroyed in a cataclysm; and that history’s first known cultures were inheritors of its legacy. There are two different versions of history.

What is Love? Longing, Union, And Seeing The Divine Within Spiritual teachings throughout the world tell us the same thing: We are all one with God; in our essence we are all Divine. But throughout life, the tendency is to not see that in everyone. We only tend to feel that deeply for the ones we love. When we fall in love, it is a joyous celebration of the re-union of our soul with that of our beloved. We adore that place within them and it can move us to tears of joy. The longing then is to bring all aspects, all levels of our lives into total mergence.

Sex magic Paschal Beverly Randolph[edit] The earliest known practical teachings of sex magic in the Western world come from 19th-century American occultist Paschal Beverly Randolph, under the heading of The Mysteries of Eulis: If a man has an intelligent and loving wife, with whom he is in complete accord, he can work out the problems [of how to achieve magical results] by her aid. They are a radical soul-sexive series of energies...The rite is a prayer in all cases, and the most powerful [that] earthly beings can employ...it is best for both man and wife to act together for the attainment of the mysterious objects sought. Success in any case requires the adjuvancy of a superior woman.

What is microdosing? Buying and taking LSD to boost performance Nico Hesselmann It's 7am on a sunny Friday in a shared house in the sleepy San Francisco neighbourhood of Richmond. Flatmates buzz in and out of the kitchen as Lily (not her real name), a publicist for several startups, sits down with cup of tea and a credit-card-sized bag of dried magic mushrooms. The 28-year-old breaks up the caps and stems and places them into a herb grinder. Elizabethan Age TWH – English Magic Tarot is a deck devised by magician and comic book artist Rex Van Ryn, painter Steve Dooley and Pagan writer and musician Andy Letcher. With a foreword by Chosen Chief of the Order of Bards, Ovates and Druids Philip Carr Gomm, the new deck deftly entwines all aspects of English Magic. As Philip Carr-Gomm states: “With this deck and book, you have the chance to explore the world of English magic directly, engaging with its peculiar charms and eccentricities.