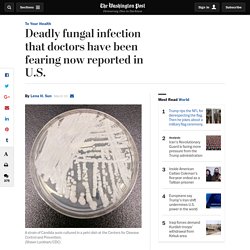 (Shawn Lockhart/CDC) Nearly three dozen people in the United States have been diagnosed with a deadly and highly drug-resistant fungal infection since federal health officials first warned U.S. clinicians last June to be on the lookout for the emerging pathogen that has been spreading around the world. Spiritual Chronic Fatigue and Self-Accountability. Nanomarkassimilation. Directory of info in regarding Assimilation and Mutation by NanoGentic Engineering Nano Aerosols These have been with us since the industrial revolution and since the early 50's these particulates were called ultrafine particles that were released into the environment~ and over the years through increased releasing of chemicals these particulate matter have interacted in the atmosphere producing chemistry that is not even listed in the periodic table.

Fullerenes and NanoAssmebly. The Health Bridge - Is Mold the Secret Enemy? Mycotoxins with Guest Dave Asprey. 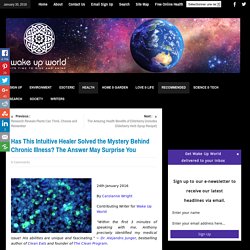 Virus-like infectious agent (VLIA) is a novel pathogenic mycoplasma: Mycoplasma incognitus. - PubMed - NCBI. Coping with chronic, rare, and invisible diseases and disorders - DYING, SURVIVING, AND AGING WITH GRACE. • Helpful websites and other resources • Managing pain • Rare and undiagnosed diseases • Memoirs of coping with chronic, rare, or invisible diseases or special health problems • Coping with invisible chronic illnesses Helpful websites and other resources Because I write about illness and medical research and the professionals who try to help those with medical problems, I find myself wanting to recommend links that don't really fit into the other categories on this site, or even into the concept of the site. 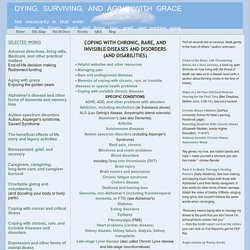 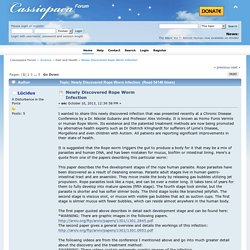 Biofilm. IUPAC definition Aggregate of microorganisms in which cells that are frequently embedded within a self-produced matrix of extracellular polymeric substance (EPS) adhere to each other and/or to a surface. 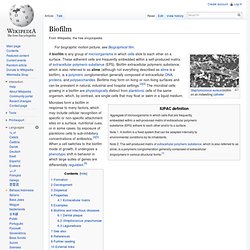 Note 1: A biofilm is a fixed system that can be adapted internally to environmental conditions by its inhabitants. Note 2: The self-produced matrix of extracellular polymeric substance, which is also referred to as slime, is a polymeric conglomeration generally composed of extracellularbiopolymers in various structural forms.[1] Microbes form a biofilm in response to many factors, which may include cellular recognition of specific or non-specific attachment sites on a surface, nutritional cues, or in some cases, by exposure of planktonic cells to sub-inhibitory concentrations of antibiotics.[4][5] When a cell switches to the biofilm mode of growth, it undergoes a phenotypic shift in behavior in which large suites of genes are differentially regulated.[6] Formation[edit] Development[edit]

Biofilms and Infection. © 2007 – 2015 JW Fairley Content last updated 18 August 2014 Disclaimer All information and advice on this website is of a general nature and may not apply to you. 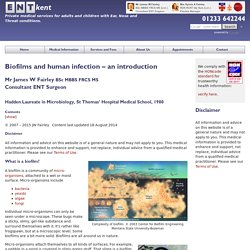 Morgellons tick lyme infections from unknown fungal parasites. Almost 95% of all Morgellons symptoms are caused by a newly transmitted, or perhaps already present borreliosis (Lyme disease) and sometimes with the typical viral, protozoal and bacterial coinfections. 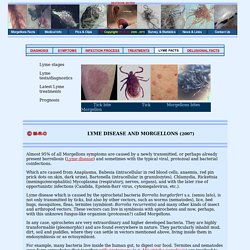 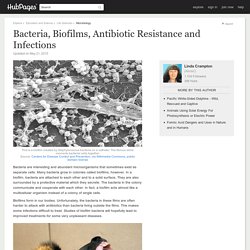 Many bacteria grow in colonies called biofilms, however. In a biofilm, bacteria are attached to each other and to a solid surface, They are also surrounded by a protective material which they secrete. The bacteria in the colony communicate and cooperate with each other. In fact, a biofilm acts almost like a multicellular organism instead of a colony of single cells. Synthetic Biology - Inventing the Future.

NANO CHEMTRAILS - Reposted. “It is potentially relatively inexpensive to do,” Hall clarified. 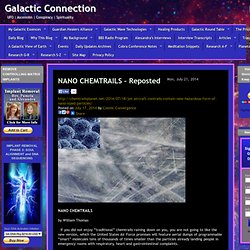 “About the same price per pound as potatoes.” Why so cheap? Because nano particles can be potentially self-replicating. That is, they can be made to reproduce themselves until programmed to stop. Hopefully. Maybe. Sometimes. If your rh negative and are sick,tired,worsening health. plum island,lyme, etc. Chemtrails, Nano-Technology, HAARP, Transhumanism (and the End of Humanity) All About Ascorbic Acid. How to Detox/Get Rid of the Nanotechnology From Chem Trails in Your Body & Cleanse Your Pineal Gland. Chemtrails, Nanoparticles and Smart Dust. Tony Pantalleresco The Dangers Of Nano Particles To Your Health!

After taking antibiotics, this is what you need to do to restore healthy intestinal flora. Antifungal Herbs. Some of these antifungal herbs are powerful. 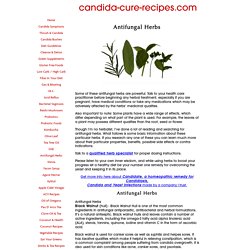 Talk to your health care practitioner before beginning any herbal treatment, especially if you are pregnant, have medical conditions or take any medications which may be adversely affected by the herbs’ medicinal qualities. Also important to note: Some plants have a wide range of effects, which differ depending on what part of the plant is used. For example, the leaves of a plant may possess different qualities than the root, seed or flower.

Real Death From Above. UFO DISCLOSURE: Transhumanist Agenda & Human Robotization w/ Alfred Webre. Smart Dust, Chem Trails & Robotized Humans, Alfred Webre Melanie Vritschan 15Aug2013. Aerosol Operation Crimes & Cover Up. MORGELLONS : GROWTH INHIBITION CONFIRMEDClifford E Carnicom Mar 15 2010 Note: I am not offering any medical advice or diagnosis with the presentation of this information. I am acting solely as an independent researcher providing the results of extended observation and analysis of unusual biological conditions that are evident. Each individual must work with their own health professional to establish any appropriate course of action and any health related comments in this paper are solely for informational purposes and they are from my own perspective.

The growth of the bacterial-like organisms that appear to be at the foundation of the so-called Morgellons condition has been positively inhibited. The basis of the rationale that is used in these trials has been outlined in detail in a previous report entitled Morgellons : A Discovery and a Proposal1. This paper shall be brief as it confirms the proposal of the preceding paper more explicitly. Additional notes: Additionally, Canadian Banker whistleblower Marcia Pavlis: Morgellons was released by US government as a bioweapon.