Ruins of an Ancient City With a Storied Past Surface in Antarctica. (Before It's News) Editor’s note: The following story is amazing and should be shared with everyone you know! 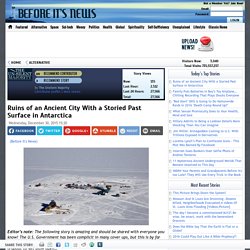 The U.S. Government has been complicit in many cover ups, but this is by far one of the most compelling accounts. Whatever you think you knew about this story, is about to get blow open… Ancient Pyramids Found In Antarctica 2012 HD. NASA-funded study: Over 32 advanced civilizations have collapsed before us, and we're next in line. (NaturalNews) As any long-time reader of this column knows, we routinely draw from historical lessons to highlight that this time is not different. 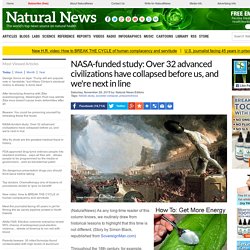 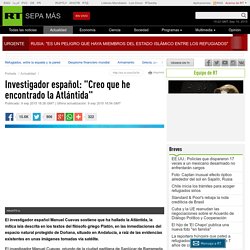 All about the ANUNNAKI - DOCUMENTARY SPECIAL YOUTUBE - Full HD Best Quality. Nephilim Giant Hybrid City Unearthed: The PROOF You're Looking For!! Subscribe and get Galactic News Daily Updates: By Lisa Haven Ggantija is an ancient sacred site that dates back to 3600 BC and it contains an impressive megalith temple that lines with the winter solstice. 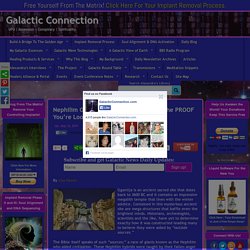 Contained in this mysterious ancient site are mega structures that baffle even the brightest minds. The Lost Continent Of Lemuria. Most people know about the existence of Atlantis.. 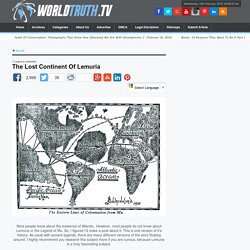 However, most people do not know about Lemuria or the Legend of Mu. So, I figured I’d make a post about it. This is one version of it’s history. As usual with ancient legends, there are many different versions of the story floating around. I highly recommend you research this subject more if you are curious, because Lemuria is a truly fascinating subject. A Short History of Lemuria The legend of Mu is found on islands all over the Pacific Ocean. Mysterious Legendary Metal From Atlantis Found In Shipwreck Off Sicily. When the mythical island of Atlantis famously submerged into the ocean, it took all of its orichalcum with it. 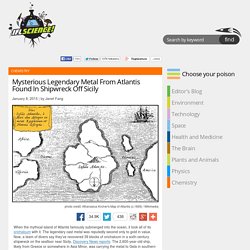 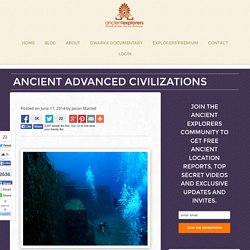 It is sometimes said to have been destroyed in earthquakes generated by a pole shift which occurred some 26,000 years ago, or at approximately 24,000 B.C. While Mu did not reach as high a technology, supposedly, as other later civilizations, it is, nevertheless, said to have attained some advanced technology, particularly in the building of long-lasting megalithic buildings that were able to withstand earthquakes. However, it was the science of government that is sometimes said to have been Mu’s greatest achievement. Supposedly, there was one language and one government. Ruins Of Ancient City Found In Antarctica? A California TV crew missing since November 2002, a video they left behind and a mission by U.S. 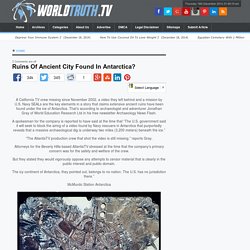 Navy SEALs are the key elements in a story that claims extensive ancient ruins have been found under the ice of Antarctica. That’s according to archaeologist and adventurer Jonathan Gray of World Education Research Ltd in his free newsletter Archaeology News Flash. Atlantis Books and Thrillers. The Lost Continent Of Lemuria.

Historic Rise of The Land Of Khem and The Etheral Capstone to the Great Pyramid (Entrance to The Halls Of Amenti) Images From Mental Alchemist: The Philosophers' Stone: Time to Ascend...Entrance to the Halls Of Amenti The elders had chosen this location called Khem for Thoth's colony because the energy of this particular grid was as close to that of the homeland as could be found anywhere. 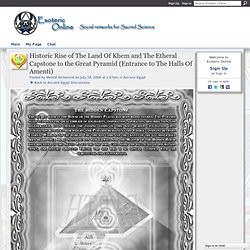 It had also been determined that this grid encompassed a stationary center of the Earth on which a great pyramid duplicating the energy of the one in our homeland could be built. Being the center stationary point on Earth, its orientation to the North Pole would help stop the axial excursion which the planet was still experiencing since our most recent ice age. Ilha de Páscoa - Rapa Nui 144 - Cordão Umbilical da Nova terra -  Metatron através de James Tyberonn 18.11.12.