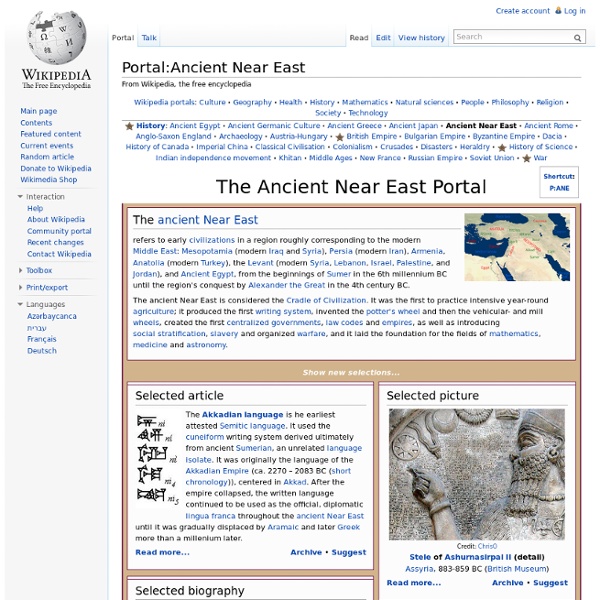 Church of Saint George, Lalibela The Church of St. George (Amharic: Bete Giyorgis?) is one of eleven monolithic churches in Lalibela, a city in the Amhara Region of Ethiopia. Originally named Roha or Warwar, this historical and religious site is currently accepted in the modern name of Lalibela, after King Gebre Mesqel Lalibela of Ethiopia, who is regarded as a saint-like figure by the Ethiopian Orthodox Tewahedo Church. History[edit] Carved from solid red volcanic rock in the 12th century, it is the best known and last built of the eleven churches in the Lalibela area, and has been referred to as the "Eighth Wonder of the World".[1] Lalibela, King of Ethiopia, sought to recreate Jerusalem, and structured the churches' landscape and religious sites in such a way as to achieve such a feat. Lalibela is a pilgrimage site for members of the Ethiopian Orthodox Tewahedo Church; the church itself is part of the UNESCO World Heritage Site "Rock-Hewn Churches, Lalibela".[5] See also[edit] References[edit] External links[edit]

Buddhas of Bamiyan Coordinates: The Buddhas of Bamiyan (Pashto: د بامیان بوتان‎ - "de bámiyán botán", Dari: بت های باميان – but hay-e bamiyan) were two 6th century[1] monumental statues of standing buddha carved into the side of a cliff in the Bamwam valley in the Hazarajat region of central Afghanistan, 230 km (140 mi) northwest of Kabul at an altitude of 2,500 meters (8,202 ft). Built in 507 AD, (smaller), and 554 AD, (larger)[1] the statues represented the classic blended style of Gandhara art.[2] The main bodies were hewn directly from the sandstone cliffs, but details were modeled in mud mixed with straw, coated with stucco. The lower parts of the statues' arms were constructed from the same mud-straw mix while supported on wooden armatures. History[edit] Drawing of the Buddhas of Bamiyan by Alexander Burnes 1832 Taller Buddha in 1963 and in 2008 after destruction Smaller Buddha in 1977 Bamiyan lies on the Silk Road, which runs through the Hindu Kush mountain region, in the Bamiyan Valley.

Sumerianlegacy The Sumerians invented writing and were the world’s first great Civilization as we know it. The civilization flourished in the valleys between the two great rivers Tigris and Euphrates, the area known as southern Iraq today. The Sumerian civilization existed for ca 3000 years, between the fifth and the second millennium BC. The Sumerians wrote cuneiform script with straws from reed on clay tablets. The creation The story of how man was created from dirt (clay?) The creation of the world In both the Babylonian and Egyptian creation myth we find the motif of how once everything was water and how the gods create land, rivers, animals and vegetation. The creation of man In the Bible God actually creates man twice, first in chapter one were he creates man and woman in his own image (Gen 1,27), and then in chapter two were he creates man (hebr: Adam) of dirt (hebr: Adama)(Gen 2,7) and a little later creates the woman from one of the ribs of man (Gen 2,22). © Ragnar L. Back to last Back to Main

List of largest monoliths in the world This is a list of monoliths organized according to the size of the largest block of stone on the site. A monolith is a large stone which has been used to build a structure or monument, either alone or together with other stones. In this list at least one colossal stone over ten tons has been moved to create the structure or monument. In most cases the ancient civilizations had little, if any, advanced technology that would help the moving of these monoliths. The most notable exception is that of the ancient Greeks and Romans who had cranes and treadwheels to help lift colossal stones (see List of ancient monoliths). Documented in recent times, there is a list of efforts to move colossal stones that used technology that wasn't more advanced than the technology the ancient civilizations used. Most of these weights are based on estimates by published scholars; however, there have been numerous false estimates of many of these stones presented as facts. Rock density[edit] Moved monoliths[edit]

Mahabalipuram Mahabalipuram, also known as Mamallapuram (Tamil: மாமல்லபுரம்) is a town in Kancheepuram district in the Indian state of Tamil Nadu. It is around 60 km south from the city of Chennai. It is an ancient historic town and was a bustling seaport during the time of Periplus (1st century CE) and Ptolemy (140 CE). By the 7th Century it was a Port city of South Indian dynasty of the Pallavas. It has an average elevation of 12 metres (39 feet). History[edit] Megalithic burial urns, cairn circles and jars with burials dating to the very dawn of the Christian era have been discovered near Mamallapuram. An 8th-century Tamil text written by Thirumangai Alvar described this place as Sea Mountain ‘where the ships rode at anchor bent to the point of breaking laden as they were with wealth, big trunked elephants and gems of nine varieties in heaps’. The fact that different shrines were dedicated to different deities is evidence of an increased sectarianism at the time of their construction. Notes[edit]

Ziggurat of Ur Its remains were excavated in the 1920s and 1930s by Sir Leonard Woolley. Under Saddam Hussein in the 1980s, they were encased by a partial reconstruction of the façade and the monumental staircase. The ziggurat of Ur is the best-preserved of those known from Iran and Iraq, besides the ziggurat of Dur Untash (Chogha Zanbil).[3] It is one of three well preserved structures of the Neo-Sumerian city of Ur, along with the Royal Mausolea and the Palace of Ur-Nammu (the E-hursag). Sumerian ziggurat[edit] Reconstruction of Ur-Nammu's ziggurat, based on the 1939 reconstruction by Woolley (vol. V, fig. 1.4) The ziggurat was built by King Ur-Nammu who dedicated the great ziggurat of Ur in honour of Nanna/Sîn, in approximately the 21st century BC (short chronology) during the Third Dynasty of Ur.[2] The massive step pyramid measured 210 feet (64m) in length, 150 feet (46m) in width and over 100 feet (30m) in height. Neo-Babylonian restoration[edit] Excavation and preservation[edit] See also[edit]

List of Mesoamerican pyramids This is a list of Mesoamerican pyramids or ceremonial structures. In most cases they are not true pyramids. There are hundreds of these done in many different styles throughout Mexico and Central America. These were made by several pre-Columbian cultures including the Olmecs, Maya, Toltecs, and Aztecs. In most cases they were made by city states that created many structure in the same style. Locogringo.com: Pyramids

Babylon Babylon (Arabic: بابل‎, Bābil; Akkadian: Bābili(m);[1] Sumerian logogram: KÁ.DINGIR.RAKI;[1] Hebrew: בָּבֶל, Bāḇel;[1] Ancient Greek: Βαβυλών Babylṓn; Old Persian: 𐎲𐎠𐎲𐎡𐎽𐎢 Bābiru) was originally a Semitic Akkadian city dating from the period of the Akkadian Empire circa. 2300 BC. Originally a minor administrative center, it only became an independent city-state in 1894 BC in the hands of a migrant Amorite dynasty not native to ancient Mesopotamia. The Babylonians were more often ruled by other foreign migrant dynasties throughout their history, such as by the Kassites, Arameans, Elamites and Chaldeans, as well as by their fellow Mesopotamians, the Assyrians. The remains of the city are found in present-day Hillah, Babil Governorate, Iraq, about 85 kilometres (53 mi) south of Baghdad. Available historical resources suggest that Babylon was at first a small town which had sprung up by the beginning of the 2nd millennium BC (circa 2000 BC). Name History Classical dating Assyrian period

Sodom and Gomorrah Updated -- 15 February 2005 (and 6 June 2005) The absolute destruction and total obliteration of two cities to the point where there is minimal evidence that they ever existed, is a singular point in the story of Genesis. Much is made of the alleged decadence of these two cities (but in comparison to New York or Los Angeles... who knows?). All of it does seem to be a bit overwrought. It is, unless one is attempting to justify the wholesale destruction of two or more cities, complete with their complement of human inhabitants (accept for Lot and his daughters who managed to escape the alleged wrath of God). Modern history revisionists have even used the Sodom example to name the act of sodomy (sexual intercourse involving anal or oral copulation) as a means of identifying the latter as the most heinous of crimes. In the context of history, however, Sodom and Gomorrah, were not wholly different from Minneapolis and St. Lot was told to clear out of Sodom in no uncertain terms. Forward to:

Hattusa Hattusa (Hittite: 𒌷𒄩𒀜𒌅𒊭, URUḪa-at-tu-ša, read "Ḫattuša", Turkish: Hattuşaş) was the capital of the Hittite Empire in the late Bronze Age. It was found to be located near modern Boğazkale, Turkey, within the great loop of the Kızılırmak River (Hittite: Marashantiya; Greek: Halys). Hattusa was added to the UNESCO World Heritage list in 1986. Surroundings[edit] The landscape surrounding the city included rich agricultural fields and hill lands for pasture as well as woods. Early history[edit] Twelve Hittite gods of the Underworld in the nearby Yazılıkaya, a sanctuary of Hattusa A carbonized layer apparent in excavations attests to the burning and ruin of the city of Hattusa around 1700 BC. Whoever after me becomes king resettles Hattusas, let the Stormgod of the Sky strike him! The Hittite imperial city[edit] Map of the Hittite Empire in 14th century BCE Only a generation later, a Hittite-speaking king had chosen the site as his residence and capital. The Great Temple in the inner city

Mada'in Saleh The Qur’an places settlement of the area by the Thamud people after Noah but before Moses, which can be interpreted as the 3rd millennium BC.[5] According to the Islamic text, the Thamudis, who carved out homes in the mountains, were punished by Allah for their practice of idol worship, being struck by an earthquake and lightning blasts.[6] Thus, the site has earned a reputation as a cursed place — an image which the national government is attempting to overcome as it seeks to develop Mada'in Saleh for its tourism potential.[1][6] In 2008 UNESCO proclaimed Mada'in Saleh as a site of patrimony, becoming Saudi Arabia's first World Heritage Site.[7] It was chosen for its well-preserved remains from late antiquity, especially the 131 rock-cut monumental tombs, with their elaborately ornamented façades, of the Nabatean kingdom.[8] Name[edit] Its long history and the multitude of cultures occupying the site have produced several names. Location[edit] History[edit] The Lihyans[edit] See also[edit]

Cappadocia Cappadocia (/kæpəˈdoʊʃə/; also Capadocia; Turkish Kapadokya, from Greek: Καππαδοκία Kappadokía, from Ancient Greek: Καππαδοκία, from Old Persian: 𐎣𐎫𐎱𐎬𐎢𐎣 Katpatuka) is a historical region in Central Anatolia, largely in Nevşehir Province, in Turkey. In the time of Herodotus, the Cappadocians were reported as occupying the whole region from Mount Taurus to the vicinity of the Euxine (Black Sea). Cappadocia, in this sense, was bounded in the south by the chain of the Taurus Mountains that separate it from Cilicia, to the east by the upper Euphrates and the Armenian Highland, to the north by Pontus, and to the west by Lycaonia and eastern Galatia.[1] The name was traditionally used in Christian sources throughout history and is still widely used as an international tourism concept to define a region of exceptional natural wonders, in particular characterized by fairy chimneys and a unique historical and cultural heritage. Etymology[edit] Geography and climate[edit] Mt. History[edit]