TED-Ed - In celebration of Ramadan, brush up on the... 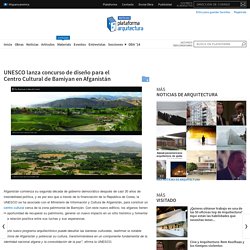 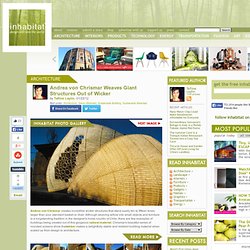 Essentially woven architecture is more flexible and therefore more resistant to stretching than smaller pieces. Each of von Chrismar’s screens took 5 days to weave. They are 118 inches tall, 354 inches long, and the whole set of them take up 89 square feet. Most surprisingly, though comprised of nearly weightless strands of willow, each piece of wicker architecture weighs 100 pounds! + Andrea von Chrismar Via Arch Daily. Contemporary Basketry. Kazushi miyamoto. Bartlett Students Invent Skeleton-Inspired Structural Material for Lightweight Construction. A team of graduates from the Bartlett School of Architecture at University College London have developed a new hybrid building material designed for use in uniquely challenging construction environments. 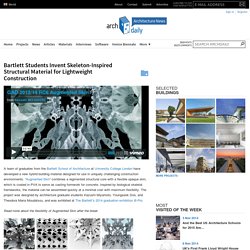 “Augmented Skin” combines a regimented structural core with a flexible opaque skin, which is coated in PVA to serve as casting formwork for concrete. Inspired by biological skeletal frameworks, the material can be assembled quickly at a minimal cost with maximum flexibility. The project was designed by architecture graduate students Kazushi Miyamoto, Youngseok Doo, and Theodora Maria Moudatsou, and was exhibited at The Bartlett’s 2014 graduation exhibition B-Pro. Read more about the flexibility of Augmented Skin after the break The project team applied the use of accessible and widely available materials to create a simple framework with multiple uses. 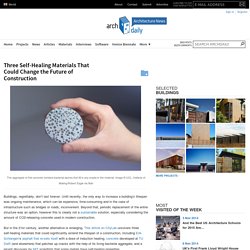 Until recently, the only way to increase a building’s lifespan was ongoing maintenance, which can be expensive, time-consuming and in the case of infrastructure such as bridges or roads, inconvenient. Beyond that, periodic replacement of the entire structure was an option, however this is clearly not a sustainable solution, especially considering the amount of CO2-releasing concrete used in modern construction. But in the 21st century, another alternative is emerging. BIOMORPHIC BIOSPHERE 6 – PITCHING THE DREAM. The biomorphic biosphere poster 1972, with head shot drawn by friend glen vippu, the way i was jacket cover of book, paul rudolph’s manhattan megastructure housing over freeways ten years of work ends up as a drawing of the biomorphic biosphere spreading out over the los angeles basin, a few spots on the land like santa monica, beverly hills, downtown los angeles kept as historical monuments the blurb of reyner banham of the biomorphic biosphere in megastructues, urban structures of the recent past. reyner did say positive things, but i am sure few read the caption on the unattractive ariel of los angeles IN 1975 I WENT TO A CONFERENCE IN TEXAS ON THE FUTURISTS IN ARCHITECTURE. 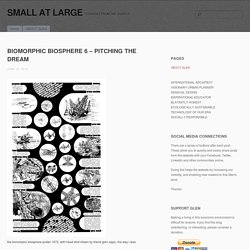 I THOUGHT IT WOULD BE A BONDING TIME. The cover of futurist magazine june 1977 when i had all the answers and thought anything was possible 1977 a cross section with functions labeled, i would be interested in what others thought when reading. Cad Cam Knitting (2010) Cad Cam Knitting (2010) A research collaboration between CITA and Shenkar College of Engineering and Design . 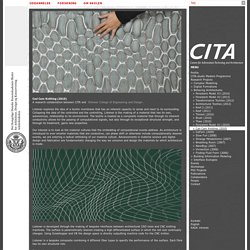 Listener explores the idea of a textile membrane that has an inherent capacity to sense and react to its surrounding. Collapsing the idea of the controlled and the controlling, Listener is the making of a material that has its own, autonomous, relationship to its environment. The textile is treated as a composite material that through its inherent conductivity allows for the passing of computational signals, but also through its exceptional structural strength, and through its treatment, gains new properties. Our interest is to look at the material cultures that the embedding of computational events address.

As architecture is introduced to ever smarter materials that are conductive, can phase shift or otherwise include computationally steered events, we are entering a radical rethinking of our material culture. Slowwork, teastyle bamboo collection by jeff da-yu shi of dragonfly. Building Bytes 3D printed bricks by Brian Peters at Dutch Design Week. Dutch Design Week: architect Brian Peters has adapted a desktop 3D printer to produce ceramic bricks for building architectural structures (+ movie). 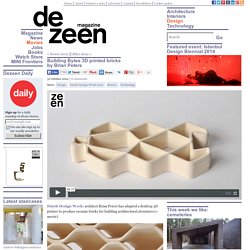 "I've been working with desktop 3D printers for the past couple of years and wanted to transform the machine to build something on a larger, more architectural scale," Peters told Dezeen. A 6-week residency at the European Ceramic Work Centre in the south of the Netherlands provided him with the opportunity to experiment with printing ceramics from a liquid earthenware recipe normally used in mould-making. The only modification required for the printer was the addition of a custom extrusion head.

The resulting Building Bytes project predicts that 3D printers will become portable, inexpensive brick factories for large-scale construction. "You could have several of these machines working simultaneously on site using pre-made or locally manufactured material," he says. Kvadrat clouds, unique design, uniquely you - designed by Ronan and Erwan Bouroullec, presented by kvadrat.

Form FInding. 3D Modeling! Learn Stop Motion From a Master. TO EXIST IS TO RESIST. 01Low-tech is high-tech and high-tech is low-tech. 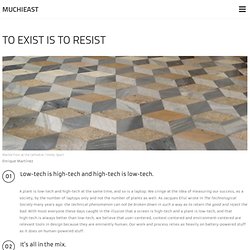 A plant is low-tech and high-tech at the same time, and so is a laptop. We cringe at the idea of measuring our success, as a society, by the number of laptops only and not the number of plants as well. As Jacques Ellul wrote in The Technological Society many years ago: the technical phenomenon can not be broken down in such a way as to retain the good and reject the bad. With most everyone these days caught in the illusion that a screen is high-tech and a plant is low-tech, and that high-tech is always better than low-tech, we believe that user-centered, context-centered and environment-centered are relevant tools in design because they are eminently human.

Our work and process relies as heavily on battery-powered stuff as it does on human-powered stuff. 02It’s all in the mix. We believe purists belong in another century. 03Resiliency saves the day (To Exist is To Resist). 04The new is always old, and viceversa. 05Keep low, keep moving. 1.