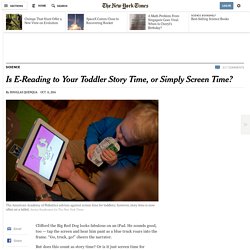 He sounds good, too — tap the screen and hear him pant as a blue truck roars into the frame. Study finds downfall of digital readers during storytime. Home Organisation Selection. Storytimes for Everyone — Saroj Ghoting. 8elcompsummary.pdf. 3earlylitoverview.pdf. Elest2cplannerschklst.pdf. Application of a Case Study Methodology. A draft of the protocol will be developed by the researcher. 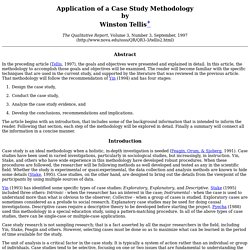 This follows extensive relevant readings on the topic which would help in developing the draft questions. Yin (1994) recommended that this be conducted in a seminar format if there are multiple investigators. TumbleBooks - eBooks for eKids! Encyclopedia of Religious Controversies in the United States [2 volumes] Individual Differences - Ethnicity - Cultural, Students, School, and Education. As the student population in the United States continues to become more ethnically diverse, the central challenge facing education is how to provide schooling experiences that maximize the participation and academic success of all students. 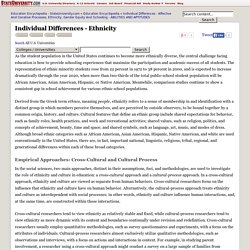 The representation of ethnic minority students rose from 22 percent in 1972 to 38 percent in 2000, and is expected to increase dramatically through the year 2020, when more than two-thirds of the total public-school student population will be African American, Asian American, Hispanic, or Native American. Meanwhile, comparison studies continue to show a consistent gap in school achievement for various ethnic school populations.

Home School: Why Ethnic Families Are Saying Yes. New America Media, News Feature, Viji Sundaram, Posted: Jul 26, 2010 SAN RAMON, Calif. – Ask Omar Alwazzani to name all the countries in Western Europe and he’ll do it at the speed of light. 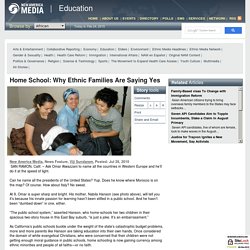 Can he name all the presidents of the United States? Yup. Does he know where Morocco is on the map? Of course. At 9, Omar is super sharp and bright. “The public school system,” asserted Hanson, who home-schools her two children in their spacious two-story house in this East Bay suburb, “is just a joke. As California’s public schools buckle under the weight of the state’s catastrophic budget problems, more and more parents like Hanson are taking education into their own hands. E-Books and Digital Books for Kids - Newburgh Free Library. Denver Public Library: Kids: Online Storybooks.

At the Library: Websites for online storybooks: These websites offer scanned images of historical and contemporary children's books in a variety of languages. 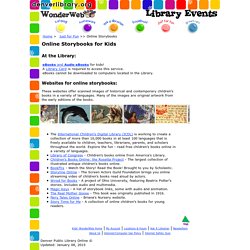 Many of the images are original artwork from the early editions of the books. Complete Library of Children's Books Online: the Rosetta Project. 04_wlc. The Man and the Fox, a Teaching-Story by Idries Shah. The Man and the Fox is one of a series of stories with universal themes such as overcoming difficulties, building self-esteem and finding peaceful solutions to conflicts and problems. 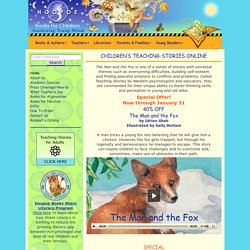 Called Teaching-Stories by Western psychologists and educators, they are commended for their unique ability to foster thinking skills and perception in young and old alike. Special Offer! Now through January 31 by Idries Shah Illustrated by Sally Mallam A man tricks a young fox into believing that he will give him a chicken. Illustrated by Sally Mallam El hombre y el zorro, translated by Rita Wirkala Ages: 3 & up Sally Mallam’s illustrations provide delightful and imaginative depictions of the characters. Theoretical Framework. Theoretical Framework. The theoretical framework may be rooted in a specific theory, in which case, your work is expected to test the validity of that existing theory in relation to specific events, issues, or phenomena. 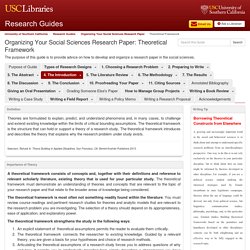 Many social science research papers fit into this rubric. For example, Peripheral Realism Theory, which categorizes perceived differences among nation-states as those that give orders, those that obey, and those that rebel, could be used as a means for understanding conflicted relationships among countries in Africa. A test of this theory could be the following: Does Peripheral Realism Theory help explain intra-state actions, such as, the disputed split between southern and northern Sudan that led to the creation of two nations?

However, you may not always be asked by your professor to test a specific theory in your paper, but to develop your own framework from which your analysis of the research problem is derived. What is the research problem/question? The Conceptual Framework. Introduction to Harvard. Preventing Reading Difficulties in Young Children - Committee on the Prevention of Reading Difficulties in Young Children, National Research Council, Division of Behavioral and Social Sciences and Education, Board on Behavioral, Cognitive, and Sensory Sci. PsycNET - Display Record. Early Literacy: Policy and Practice in the Preschool Years. As early childhood education moves front and center in the public policy debate, more attention is being paid to early literacy. 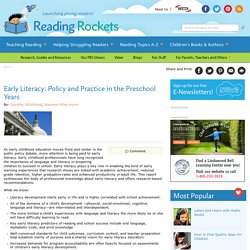 Early childhood professionals have long recognized the importance of language and literacy in preparing children to succeed in school. Early literacy plays a key role in enabling the kind of early learning experiences that research shows are linked with academic achievement, reduced grade retention, higher graduation rates and enhanced productivity in adult life. This report synthesizes the body of professional knowledge about early literacy and offers research-based recommendations. What we know: Literacy development starts early in life and is highly correlated with school achievement. Policy recommendations: An analysis of the research literature indicates specific skills and abilities of children ages birth through 5 years that predict later reading outcomes. Key predictive skills and abilities include: Oral language is the foundation for literacy development.

Every Child Ready to Read. I. 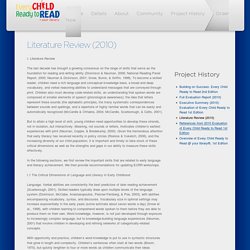 Literature Review The last decade has brought a growing consensus on the range of skills that serve as the foundation for reading and writing ability (Dickinson & Neuman, 2006; National Reading Panel Report, 2000; Neuman & Dickinson, 2001; Snow, Burns, & Griffin, 1998). To become a skilled reader, children need a rich language and conceptual knowledge base, a broad and deep vocabulary, and verbal reasoning abilities to understand messages that are conveyed through print.