Bureau d'études. Alastair Parvin. 01102014 davidjimeneziniesta portfolio+cv by David Jimenez Iniesta. In video, The Pentagon warns of megacities and their security challenges - Archpaper.com. Dubbed Megacities: Urban Future, the Emerging Complexity, this video (obtained by The Intercept) foresees a dark urban future that will challenge the U.S. military’s ability to target adversaries. 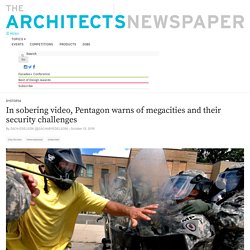 When Voyager 1 and Voyager 2 launched into space in 1977, their mission was to explore the outer solar system, and over the following decade, they did so admirably. 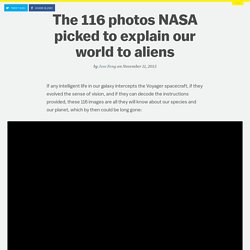 With an 8-track tape memory system and onboard computers that are thousands of times weaker than the phone in your pocket, the two spacecraft sent back an immense amount of imagery and information about the four gas giants, Jupiter, Saturn, Uranus, and Neptune. But NASA knew that after the planetary tour was complete, the Voyagers would remain on a trajectory toward interstellar space, having gained enough velocity from Jupiter's gravity to eventually escape the grasp of the sun. Since they will orbit the Milky Way for the foreseeable future, the Voyagers should carry a message from their maker, NASA scientists decided. 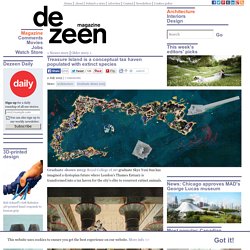 Intended as a critique on the UK's relationship with offshore financial services, Sun has designed 100 islands that would function as giant safety deposit boxes, allowing 100 billionaires to keep different species separate from the rest of the world. She describes it as "an isolated territory where the rich remake their own world in the image of their investment". Visualisations show both extinct and fictional animals – including multi-coloured giraffes and woolly mammoths – roaming amongst tropical landscapes, ornate palaces and other monumental structures. Sun has also created a full-size model of a genetically modified de-extinct bird, with black feathers and an ivory tusk beak. Bernd and Hilla Becher. LOUIS SULLIVAN. A proposal for the construction of Lake Stew, and a better typology of dam. 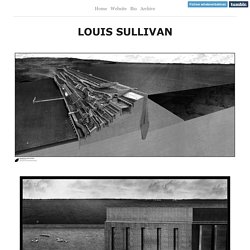 In response to the UK’s imminent water crisis, brought through an increase in population, water usage and the looming realisation of Peak Water, the British Government registers the severity and urgency of the UK’s water needs, and in response to resist drought, scarcity and starvation by 2025, it has proposed that a system of infrastructural devices are required to maintain hydrological self-sufficiency within the UK. It is my proposal that Stewartby Reservoir, The Living Dam, and the wider ecological area form an initial investigation into the feasibility of creating new reservoirs within the UK. Much of the existing hydrological infrastructure in the UK can be traced back to the mid-nineteenth century when prototypical large dams (Lake Vyrnwy) were created in response to the growing need of the Victorian Industrial Cities. Clearly, there is discontent for the current model of dam. The Wild Side. Ryan otterson academic portfolio by ryan otterson. 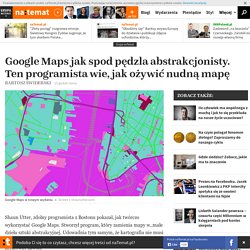 Lokalni radni i działacze pamiętają spotkania (np. w Akademickim Klubie Obywatelskim im. Summer of Science - Even When You Go Off the Grid, You Might Still Be On It. Jak powstał świat według Słowian? Pavel Bouše on Behance. Portfolio2014 by Maitham Almubarak. AAD Portfolio by Corbin Keech. AAAward 2014: Winners by Vitra Belgium. Becoming/unbecoming an other form by Choi Ho. 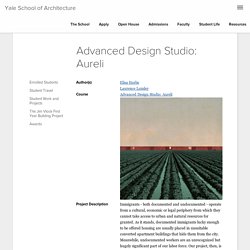 As it stands, documented immigrants lucky enough to be offered housing are usually placed in unsuitable converted apartment buildings that hide them from the city. Meanwhile, undocumented workers are an unrecognized but hugely significant part of our labor force. Our project, then, is to design a new housing typology that, through land access and opportunities for self-sufficiency, addresses issues of integration and visibility.

We seek to make the immigrant community and their productive labor visible within the city, and to create a third condition between exception and assimilation (the usual choices offered to new arrivals), one in which the migrant is granted both a right to be a stranger and the right to place and home. AA School of Architecture Projects Review 2012 - Diploma 11 - Stephen Marshall. Graduate Architecture Portfolio by Andrea Cogo. Egle Kalonaityte architectural portfolio by Egle Kalonaityte. Chung-Wei Lee Portfolio 2004~2011 by Chung Wei Lee. The Migrant Garden Team — Migrant Garden. © The Migrant Garden Team . 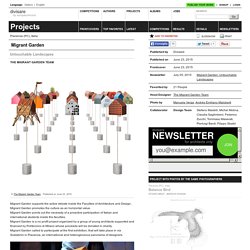 Published on June 23, 2015. Architecture for atheists imagined by Bartlett graduate. Bartlett School of Architecture graduate Kacper Chmielewski has developed a new style of architecture specifically for atheists, including a shrine to the oak tree (+ slideshow). 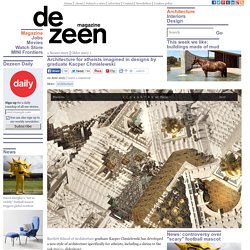 Building on the philosophies of Alain de Botton, who in 2012 advocated Atheist temples for London, Chmielewski proposes a series of structures intended to inspire awe without any references to religion. He calls the project Atheistic Architecture. The designer claims that by 2040, less than one per cent of Britain's population will be a member of the Anglican Church. But there are still 55 churches in the City of London, which he believes have become wasted spaces – so he wants to replace them. 3NTA LEARNING FROM STUDENTS is a website founded by university students with the aim of giving space and visibility to Architecture and Design students’ projects and ideas.

DELFT. The Ruin and The Mall / Tadeáš Říha. Academic — Dimitrios. Narrative Architecture. Theater For Magicians – Sara Shafiei – The Bartlett UCL. Whatever they are doing at the Barlett School of Architecture UCL they seem to be doing an amazing job at pushing their students to extraordinary limits. 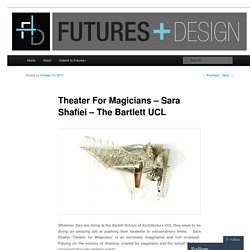 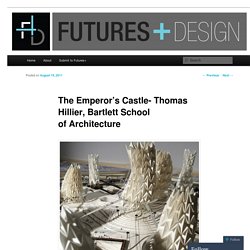 This one is from Thomas Hillier at the Bartlett School of Architecture. It’s quite a different project than our post yesterday, but definitely amazing. The detail in the models, and the care taken to interpret a story into an architectural solution is really amazing. Check it out after the jump.Thomas uses a great mix of illustrated pages, and models to create his narrative, and turn it into an architectural solution. Split in 3 chapters, the project moves from a 4 act original story, to architectural interpretation, to final product. ConceptMODEL. Scanning and the Coordinated Surface. Yale School of Architecture. Dionysus Cho, Hiba Bhatty, Michael Miller, Chenxi Gong, Boris Morin-Defoy, Stephen Dinnen, Dai Zhang, Noah Ash Morganstern, Neil Stephen Flanagan, Suhni Chung, Craig Matthew Rosman, Jay Tsai.