Did you know that 30% of HSPs are extroverts? 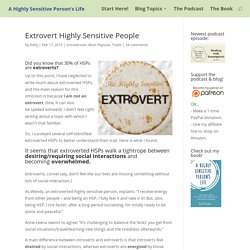 Up to this point, I have neglected to write much about extroverted HSPs, and the main reason for this omission is because I am not an extrovert. (btw, it can also be spelled extravert). I didn’t feel right writing about a topic with which I wasn’t that familiar. So, I surveyed several self-identified extroverted HSPs to better understand their trait. Here is what I found. It seems that extroverted HSPs walk a tightrope between desiring/requiring social interactions and becoming overwhelmed. 10 Tasty Vegan Breakfast Ideas. It can be hard to pull it together and make breakfast, can’t it? 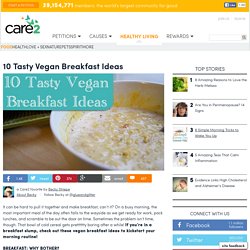 On a busy morning, the most important meal of the day often falls to the wayside as we get ready for work, pack lunches, and scramble to be out the door on time. Sometimes the problem isn’t time, though. That bowl of cold cereal gets pretttttty boring after a while! If you’re in a breakfast slump, check out these vegan breakfast ideas to kickstart your morning routine! We hear over and over that it’s important to eat breakfast, but what’s the big deal about the morning meal? Starting the day off with a meal might seem like a waste of calories, especially if you’re trying to shed those holiday pounds, but eating breakfast actually helps rev up your metabolism, so you burn more calories throughout the day. The trick is to make healthy breakfast choices, loaded with fruits, veggies, whole grains, and healthy protein. Love This? Thanks for subscribing!

Green Smoothie photo by Becky Striepe Granola Bar photo by Becky Striepe. How To Wake Up Early And Not Feel Tired. Le-veilleur.com - Décroissance : Et si on travaillait moins pour mieux profiter de la vie ? 10 Common Mistakes When Trying to Conceive. From having too much sex to not having sex often enough, we asked experts to spill some of the most common mistakes their patients make when first trying to conceive a baby. 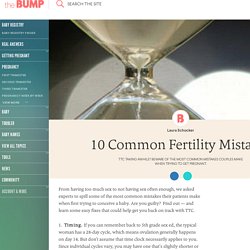 Are you guilty? Find out — and learn some easy fixes that could help get you back on track with TTC. 1. Timing. If you can remember back to 5th grade sex ed, the typical woman has a 28-day cycle, which means ovulation generally happens on day 14. 2. 3. 4. 5. 6. 7. 8. 9. A controversial new book claims getting pregnant after 35 is far easier than ... Mother-of-three Sarah Briggs had her first child when she was 41Psychologist Jean Twenge argues that older women's fertility problems are hugely overblown and based on hopelessly out‑of-date statisticsRecent study found most women over 35 took less than six months to get pregnant By Clare Goldwin for the Daily Mail Published: 22:38 GMT, 24 July 2013 | Updated: 10:43 GMT, 25 July 2013 On her 40th birthday Sarah Briggs made a vow. 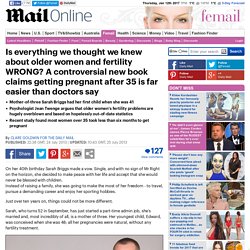 Single, and with no sign of Mr Right on the horizon, she decided to make peace with her life and accept that she would never be blessed with children.Instead of raising a family, she was going to make the most of her freedom - to travel, pursue a demanding career and enjoy her sporting hobbies. Just over ten years on, things could not be more different. Sarah, who turns 52 in September, has just started a part-time admin job, she’s married and, most incredibly of all, is a mother of three. 'I see age as just a number. 7 choses que vous pouvez faire pour perdre du poids naturellement. 16 Habits Of Highly Sensitive People.

Do you feel like you reflect on things more than everyone else? 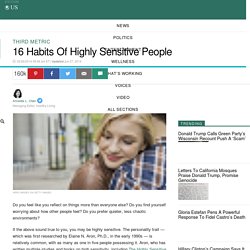 Do you find yourself worrying about how other people feel? Do you prefer quieter, less chaotic environments? If the above sound true to you, you may be highly sensitive. The personality trait — which was first researched by Elaine N. Aron, Ph.D., in the early 1990s — is relatively common, with as many as one in five people possessing it. While recent interest in introversion — driven largely by high-profile publications on the subject, including Susan Cain’s book “Quiet,” — has brought more awareness to personality traits that value less stimulation and higher sensitivity, Aron notes that highly sensitive people still tend to be considered the “minority.” 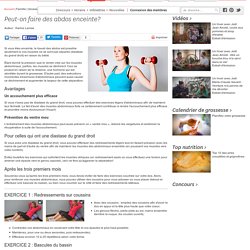