ANIMALS 29/03/19 Brexit and Animal Welfare Impact Assessment: Analysis of the Threats Brexit Poses to Animal Protection in the UK, EU and Internationally. 4.1. 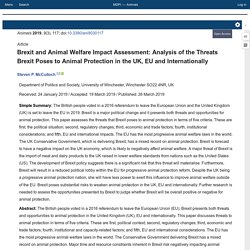 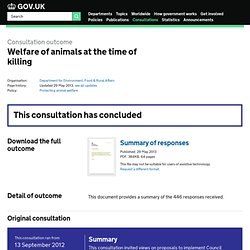 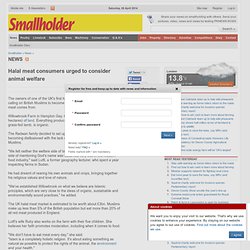 Willowbrook Farm in Hampton Gay, Oxfordshire, spans 45 acres (18 hectares) of land. Everything produced, from the goose eggs to the grass-fed lamb, is organic. The Radwan family decided to set up the business in 2002 after becoming disillusioned with the lack of organic meat options available to Muslims. "We felt neither the welfare side of taking care of animals or the ritual side of mentioning God's name was observed very well in the modern food industry," said Lutfi, a former geography lecturer, who spent a year inspecting farms in Sudan. He had dreamt of rearing his own animals and crops, bringing together his religious values and love of nature.

The UK halal meat market is estimated to be worth about £3bn. People who read this article also read. MEAT INFO 26/07/13 Study reveals impact of EU animal welfare policies on UK. The report is the first published under the European Union Balance of Competences Review, which is examining the impact that membership of the EU has on UK national interests. 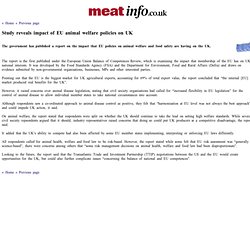 It was developed by the Food Standards Agency (FSA) and the Department for Environment, Food and Rural Affairs (Defra) and draws on evidence submitted by non-governmental organisations, businesses, MPs and other interested parties. Pointing out that the EU is the biggest market for UK agricultural exports, accounting for 69% of total export value, the report concluded that “the internal [EU] market produced real benefits for the UK”. However, it raised concerns over animal disease legislation, stating that civil society organisations had called for “increased flexibility in EU legislation” for the control of animal disease to allow individual member states to take national circumstances into account. 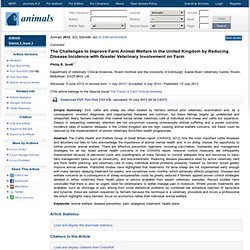 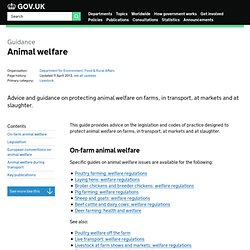 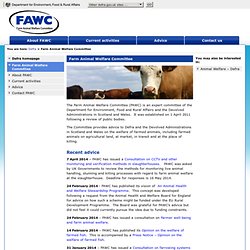 It was established on 1 April 2011 following a review of public bodies. The Committee provides advice to Defra and the Devolved Administrations in Scotland and Wales on the welfare of farmed animals, including farmed animals on agricultural land, at market, in transit and at the place of killing. 7 April 2014 – FAWC has issued a Consultation on CCTV and other monitoring and verification methods in slaughterhouses. FAWC was asked by UK Governments to review the methods for monitoring live animal handling, stunning and killing processes with regard to farm animal welfare at the slaughterhouse. Deadline for responses is 16 May 2014.