What Is a Bodhisattva? A BODHISATTVA IS an ordinary person who takes up a course in his or her life that moves in the direction of buddha. 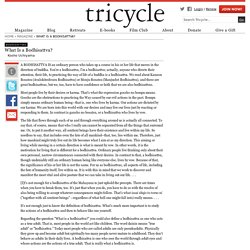 You're a bodhisattva, I'm a bodhisattva; actually, anyone who directs their attention, their life, to practicing the way of life of a buddha is a bodhisattva. We read about Kannon Bosatsu (Avalokiteshvara Bodhisattva) or Monju Bosatsu (Manjushri Bodhisattva), and these are great bodhisattvas, but we, too, have to have confidence or faith that we are also bodhisattvas. Most people live by their desires or karma. That's what the expression gossho no bompu means. Gossho are the obstructions to practicing the Way caused by our evil actions in the past. The life that flows through each of us and through everything around us is actually all connected. [I]t's not enough for a bodhisattva of the Mahayana to just uphold the precepts. It's not enough just to know the definition of bodhisattva. What Does the Bible Say About Miracles?

By Wayne Jackson In discussing the theme of biblical miracles, several important areas of consideration must be surveyed. 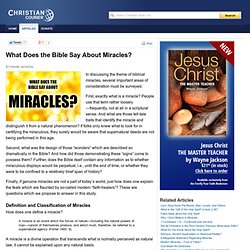 First, exactly what is a miracle? People use that term rather loosely—frequently, not at all in a scriptural sense. And what are those tell-tale traits that identify the miracle and distinguish it from a natural phenomenon? If folks only knew what to look for in certifying the miraculous, they surely would be aware that supernatural deeds are not being performed in this age. Apologeticum. Apologeticum (The Apology) Photographic copy of Rome manuscript S. 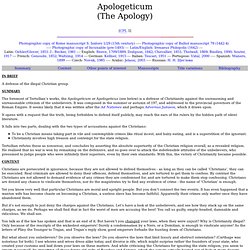 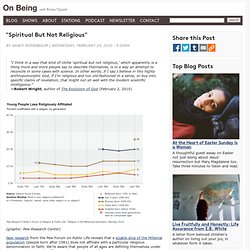 Yodatsracist comments on Why did Europe become less religious over time and the US didn't? (x-post from /r/askreddit) The Stone Philosophy Links. The Stone is a forum for contemporary philosophers and other thinkers on issues both timely and timeless. 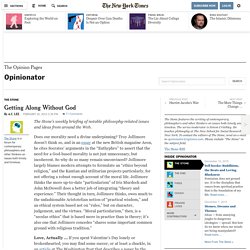 The Stone’s weekly briefing of notable philosophy-related issues and ideas from around the Web. Does our morality need a divine underpinning? Troy Jollimore doesn’t think so, and in an essay at the new British magazine Aeon, he cites Socrates’ arguments in the “Euthyphro” to assert that the need for a God-based morality is not just unnecessary, but incoherent.

So why do so many remain unconvinced? Jollimore largely blames modern attempts to formulate an “ethics beyond religion,” and the Kantian and utilitarian projects particularly, for not offering a robust enough account of the moral life. On Questioning the Jewish State. The Stone is a forum for contemporary philosophers and other thinkers on issues both timely and timeless. 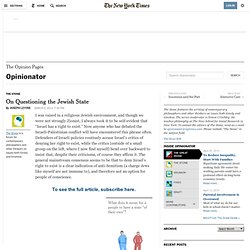 I was raised in a religious Jewish environment, and though we were not strongly Zionist, I always took it to be self-evident that “Israel has a right to exist.” Now anyone who has debated the Israeli-Palestinian conflict will have encountered this phrase often. Defenders of Israeli policies routinely accuse Israel’s critics of denying her right to exist, while the critics (outside of a small group on the left, where I now find myself) bend over backward to insist that, despite their criticisms, of course they affirm it. The general mainstream consensus seems to be that to deny Israel’s right to exist is a clear indication of anti-Semitism (a charge Jews like myself are not immune to), and therefore not an option for people of conscience. Belief Is the Least Part of Faith. Some Sundays ago, I was part of a sermon in my university’s church. 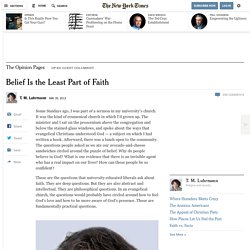 It was the kind of ecumenical church in which I’d grown up. The minister and I sat on the proscenium above the congregation and below the stained-glass windows, and spoke about the ways that evangelical Christians understood God — a subject on which I had written a book. Afterward, there was a lunch open to the community. The questions people asked as we ate our avocado-and-cheese sandwiches circled around the puzzle of belief. Why do people believe in God? These are the questions that university-educated liberals ask about faith. Photo You could imagine that if you were going to spend an hour or two each week fretting over one or the other, you might opt for the practical. No 'God Spot' In Brain, Spirituality Linked To Right Parietal Lobe.

Scientists have speculated that the human brain features a “God spot,” one distinct area of the brain responsible for spirituality. 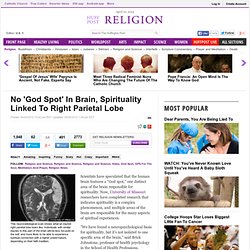 Infinite love from a human person. Emptiness Is Form.