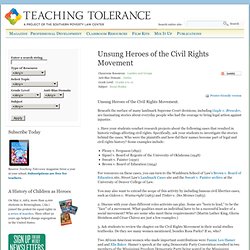 Beneath the surface of many landmark Supreme Court decisions, including Gayle v. Browder, are fascinating stories about everyday people who had the courage to bring legal action against injustice. 1. Have your students conduct research projects about the following cases that resulted in historic rulings affecting civil rights.

Plessy v. For resources on these cases, you can turn to the Washburn School of Law’s Brown v. You may also want to extend the scope of this activity by including famous civil liberties cases, such as Gideon v. 2. 3. Two African American women who made important contributions were Fannie Lou Hamer and and Ella Baker. Have your students to select a woman from the Civil Rights Movement who does not appear in their textbook — or at least is barely mentioned. The women of the Civil Rights Movement were fighting discrimination on two fronts. Unsung Heroes Like This Make Us Believe There's Good In The World.

Here's to the people who do what's right. 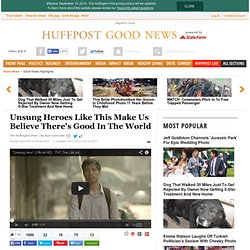 Not for the recognition, and not because they believe it will enrich them financially, but because they know life is better when you pay it forward. That's the basis of "Unsung Hero," a tearjerker of an ad Thai Life Insurance released Thursday. In the three-minute segment, an unnamed protagonist takes a small amount of time each day to help those around him. A neglected plant gets a little extra water, a woman gets a helping hand, and a needy child gets some money. "What does he get in return for doing this every day? " "What he does receive are emotions," the narrator continues. 5 Unsung Heroes Who Shaped Modern Life. By Maria Popova What 1920s rope-skipping has to do with the birth of paleontology, restaurant entrepreneurship, and Oprah. 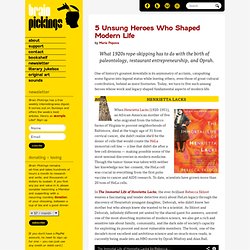 One of history’s greatest downfalls is its asymmetry of acclaim, catapulting some figures into legend status while leaving others, even those of great cultural contribution, behind as mere footnotes. Today, we turn to five such unsung heroes whose work and legacy shaped fundamental aspects of modern life. When Henrietta Lacks (1920-1951), an African-American mother of five who migrated from the tobacco farms of Virginia to poorest neighborhoods of Baltimore, died at the tragic age of 31 from cervical cancer, she didn’t realize she’d be the donor of cells that would create the HeLa immortal cell line — a line that didn’t die after a few cell divisions — making possible some of the most seminal discoveries in modern medicine. 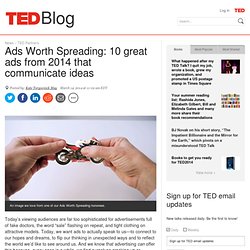 Today’s viewing audiences are far too sophisticated for advertisements full of fake doctors, the word “sale” flashing on repeat, and tight clothing on attractive models. Today, we want ads to actually speak to us—to connect to our hopes and dreams, to flip our thinking in unexpected ways and to reflect the world we’d like to see around us. Hawa Abdi + Deqo Mohamed: Mother and daughter doctor-heroes. Plastic Bank: Harvesting Waste Plastic to Reduce Poverty Through 3D Re-purpose Center for Social Plastic & Ocean Bound Plastic. Unsung Heroes - The Story of America's Female Patriots. 12 Unsung Heroes Who Will Inspire You To Be A Better Person. About Us - New Unsung Heroes. In 1999, during a private audience with His Holiness, the Dalai Lama, Dick Grace of Grace Family Foundation shared the kernel of an idea he was formulating: Wouldn’t it be wonderful if we could do a better job of transforming our contemplative practice into compassionate action. 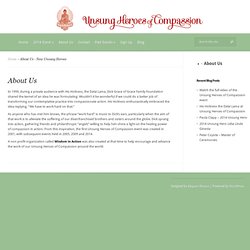 His Holiness enthusiastically embraced the idea replying, “We have to work hard on that.” As anyone who has met him knows, the phrase “work hard” is music to Dick’s ears, particularly when the aim of that work is to alleviate the suffering of our disenfranchised brothers and sisters around the globe. Unsung hero. The Story of America's Female Patriots - Women in the Military. Unsung_Heroes.pdf. Unsung Heroes – Native Americans. Native Americans barely get recognized for how much they helped us during the battle for independence. 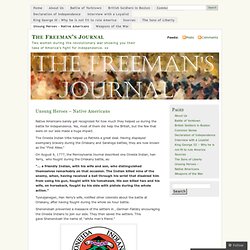 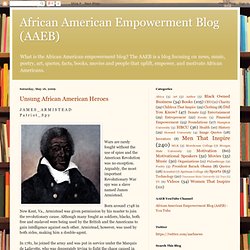 Arguably, the most important Revolutionary War spy was a slave named James Armistead. Born around 1748 in New Kent, Va., Armistead was given permission by his master to join the revolutionary cause. Although many fought as soldiers, blacks, both free and enslaved were being used by the British and the Americans to gain intelligence against each other.

Unsung Heroes. Heroes of the 20th Century - Social justice. Lesson_barber_lesson_plan_0.pdf. 20 Unbelievable Human Rights Talks on TED. Who Was Ella Baker? “The major job was getting people to understand that they had something within their power that they could use, and it could only be used if they understood what was happening and how group action could counter violence…” - Ella Jo Baker We build on Ms. 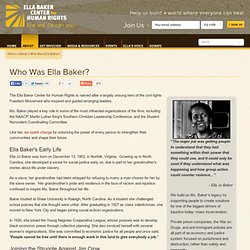 Baker’s legacy by supporting people to create solutions for one of the biggest drivers of injustice today: mass incarceration. Private prison companies, the War on Drugs, and anti-immigrant policies are all part of an economy and justice system focused on punishment and destruction, rather than safety and prosperity. Through our Books Not Bars campaign, the Ella Baker Center successfully mobilized families of incarcerated youth to win change in California’s costly, broken youth prison system and stop the building of new jails. Our current justice system worsens cycles of poverty, violence, and incarceration, and deepens racial and economic inequality. Wherever you are, you can join us to build safe, healthy, strong families and communities. Movers and Movements: Fighting for Social Justice in South Africa. Bishop Desmond Tutu acknowledges receipt of more than 1,000,000 freedom letters on January 8, 1986 outside the South African Embassy in Washington, D.C. 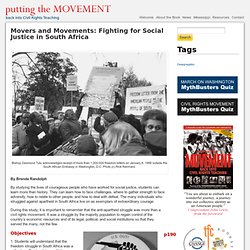 Photo (c) Rick Reinhard. By Brenda Randolph By studying the lives of courageous people who have worked for social justice, students can learn more than history. They can learn how to face challenges, where to gather strength to face adversity, how to relate to other people, and how to deal with defeat. The many individuals who struggled against apartheid in South Africa live on as exemplars of extraordinary courage. During this study, it is important to remember that the anti-apartheid struggle was more than a civil rights movement. 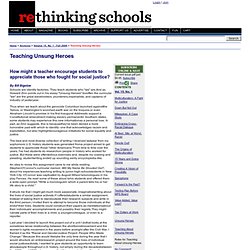 Human Rights Campaign. Patriot Slave: Oscar Marion, an Unsung Hero of the American Revolutionary War. After finding a little-known Revolutionary War hero in her family tree, a genealogical researcher wants to restore his legacy. Legend has it that Oscar and Francis Marion grew up on the same plantation in Berkeley County, S.C., and that they played together as childhood friends in the 1730s. Francis Marion's family owned the plantation. Unsung Patriots: African-Americans at the Battle of Cowpens - Cowpens National Battlefield. Battle of Cowpens by William Ranney Courtesy of the State of South Carolina Grade Level: Third Grade-Eighth Grade Subject: Unsung Heroes. Great Black Heroes. Top 10 Inventors Who Made Modern Life Possible. We all know the names of the great minds of history: Newton, Einstein, Edison, Franklin, Jobs, Gates, and even Zuckerberg.

But some of the greatest societal innovations of all time–things you use or think about ever day, probably without even realizing it–happened behind the scenes, and their inventors fell into history’s ether of anonymity. Some of these unsung heroes include: 10. James Goodfellow, inventor of ATMs and the PIN system James Goodfellow is a newly knighted Englishman credited with inventing the ATM (automatic teller machine) and, more importantly, the concept of the PIN (personal identification number). 9.