Callsign Database - QRZ.com. Andreas Spiess. QRP ARCI - Awards. The QRP Amateur Radio Club International 'Elmer Award' may be submitted by any QRPARCI member for someone who has helped them along their amateur radio journey. 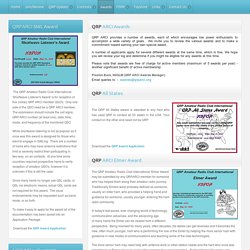 Many thanks to SWLing Post contributor, James Townley, who shares the following guest post originally posted on his Shortwave/Medium Wave blog: 540 kHz to 1700 kHz Loop Antenna (Click to enlarge) by James Townley Several years ago, I became interested in medium wave DXing. 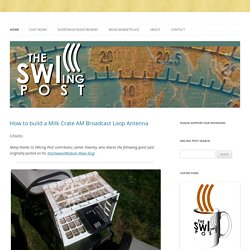 One of my limitations was the size of my yard, so I developed an interest in tuned loop antennas to compensate, because setting up a beverage antenna was out of the question. I experimented with different sizes of loops, and found that the bigger the aperture, the more gain the loop would have. Recently when the weather began allowing me to enjoy the outdoors, I decided to make another smaller loop antenna from a plastic milk crate I had lying around. ARRL/TAPR DCC Presentations on HamRadioNow and ARVN. Winlink Global Radio Email. Amateur radio station N4KC. Prelinger Archives : Free Movies : Download & Streaming. Prelinger Archives by U.S. 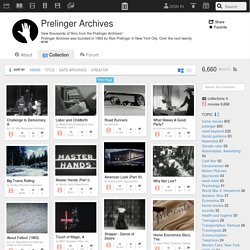 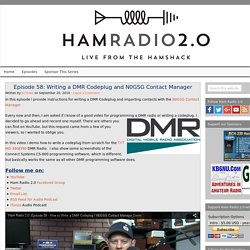 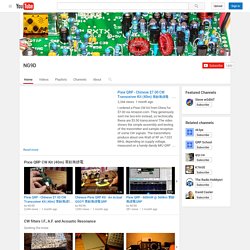 They generously sent me two kits instead, so technically these are $3.50 transceivers! Build a Computer to CW Interface. *the Other Ham Radio Podcast* - Par EndFedZ® Antennas. The Par End-Fedz® are a full length half wave dipoles, but with an important difference. 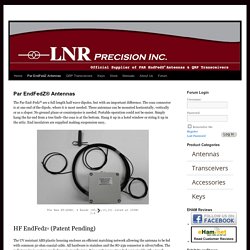 The coax connector is at one end of the dipole, where it is most needed. These antennas can be mounted horizontally, vertically or as a sloper. Popular Yaesu FT-817 Videos PlayList. DROIDPSK PSK31 on Android | YAESU FT-817 Add to EJ Playlist In this video we demonstrate a lightweight man-portable PSK configuration, using a Samsung Galaxy Tab, FT-817, & WolphiLINK interface. if you would like to try DroidPSK you can get it here 1tPzq9l This setup is designed to demonstrate the minimal gear required to run PSK31 man-portable using an Android Smartphone, DroidPSK, the WolphiLink Interface, and a Yaesu FT-8x7. 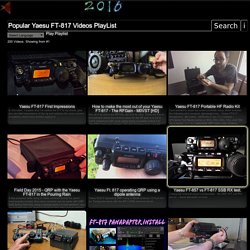 DroidPSK is available in the Google Play store. Thankfully, It is an ad-free paid app. As found on desktop PSK applications, DroidPSK has a real time waterfall to display the incoming streams of data. It has customizable macros to help speed reduce the amount of typing with the sometimes awkward virtual keyboards of tablets and smartphones. 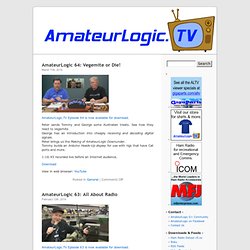 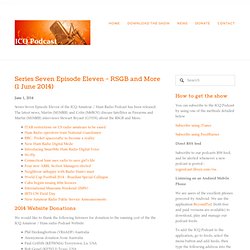 The latest news, Martin (M1MRB) and Colin (M6BOY) extenstion to the bands and Edmund Spicer (M0MNG) discusses Rallies and Martin (M1MRB) is joined by Chris Howard (M0TCH) and Martin Rothwell (M0SGL) take part in a roundtable. 2014 Website Donations We would like to thank the following listeners for donation to the running cost of the the ICQ Amateur / Ham radio Podcast Website. PodCasts. Subscribe with RSS Listen to or download our recent broadcasts of QSO in MP3 format. 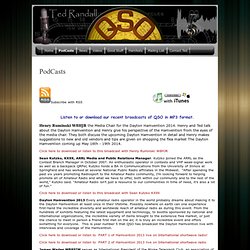