Moon Hunters, a Myth-Weaving RPG by Kitfox Games. Your choices determine how you are remembered, and what you embody to those who hear your story in ages hence. 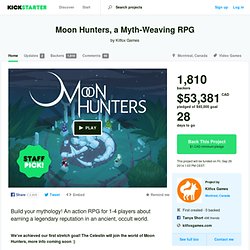 The reason why you do something can be as important as the act itself. In the world of Moon Hunters, the holy Moon is the source of all life and good, worshipped by every tribe as the central goddess of the pantheon. When the Moon does not rise one evening, heroes across the land take up the search, hoping to uncover the truth before the evil Sun's power grows too strong. The world of Moon Hunters is randomly generated every time you play, but there are certain key elements of the setting and lore that are constant. For example, while the individual members and conflicts of the Dustfolk village will be different depending on your generated world, the Dustfolk will always be the tribe of the sands. There are three major biomes (desert, mountains, and forests), and one minor (cave systems), each with their own local tribes: If there's one thing that creators fight, it's obscurity.

Underworld_Ascendant-Dwarf_Standoff_Resized.jpg (JPEG Image, 2736 × 4000 pixels) - Scaled (25%) The Bards Tale IV by inXile entertainment. Hyper Light Drifter by Heart Machine. Note: $10 gets you the game on PC, Mac or Linux, Steam or DRM-free. $15 and up lets you choose PS4, Vita, Wii U, or OUYA! 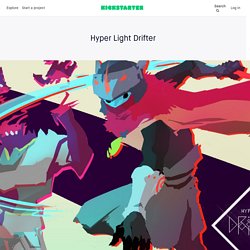 Our Drifter is haunted by an insatiable illness, traveling further into the lands of Buried Time, steeped in blood and treasure hoping to discover a way to quiet the vicious disease. Rifle Roly Poly. Death's Gambit. Witchmarsh.tumblr.com. The Last Door. Chasm. Owlboy. Kotaku. This graphic style fad needs to die. 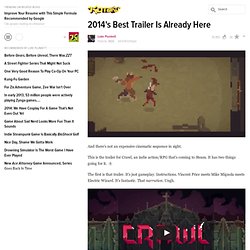 Looks horrible. Does it really matter how it looks? I mean shouldn't how fun it is matters more? Yes. Yes it does. Some people don't like it, some people like myself really love it. so no. Those graphics were like that back in the old days due to limitations of hardware. It's weird that every new game article that pops up someone has to argue that the game shouldn't exist because they don't like it. Apparently, we should only have games a particular random dude on Kotaku likes. Quite honestly, I like the art style. I like it.

It's weird that in the comments of an article you find opinions. You people all disgust me. Saying that raster art is a 'fad' is silly. C'mon now. You sound very angry, you should calm down and maybe leave the computer for a couple hours. Project Rain World by Rain World. Success! 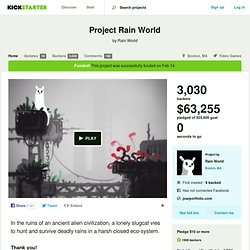 Our ambitious $50k goal has been utterly smashed by your generosity and enthusiasm! In addition to PC and Mac, Rain World will now be officially coming to LINUX... and beyond! Paradise Lost: First Contact by Asthree Works. $ 125,000 – Secret chapter 1 “Lost Memories” ─ Enjoy a new playable episode, discovering what happened to the alien before it was captured. $ 150,000 - Graphic improvements! 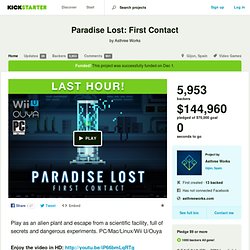 ─ At this point we could enhance the overall art of the stages, animations and effects to perfect the final product the best we can. $ 180,000 – Secret chapter 2 "Unveil the truth” ─ A new extra episode starring Della Hudson, the journalist that sneaks into the facility. $ 200,000 - PSN [PS3 / PS4 / Vita] ─ More platforms! Enjoy Paradise Lost on the Playstation family. $ 230,000 - Day 1 launch for Wii U ─ With this goal we can speed things up and make a release for Wii U at the same time of the rest of versions. $ 270,000 - Multiplayer mode ─ Expand your game experience with a new multiplayer mode outside the main story. In a remote desert, an unidentified object falls from the skies. In Paradise Lost you will take control of an alien plant that has been hidden in a secret bio-engineering facility. Radio the Universe by 6e6e6e.

Please make sure to include on the PayPal form an email address that the game download code should be sent to. 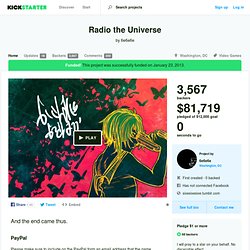 If applicable, surveys will also be sent to that address. Driver - A multipurpose dash skill. Jump out of the way of ranged and melee attacks, leap over bottomless pits to engage in platforming, or charge towards an enemy during an opening. Upgradeable to feature extended duration, momentum canceling, or ruthless bashing.Shields - Shields are indispensable tools which enable the player to strafe creatively and survive even amidst a harrowing bulletstorm. The direct-charge shield nullifies frontal damage and fizzles away when overstressed. Daybreak Blackout Rotary Sunlight.