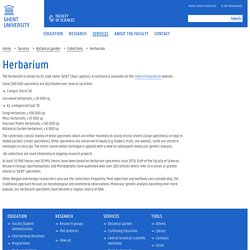 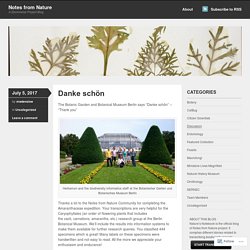 Herbarium - Botanischer Garten - Universität Rostock. The Rostock University herbarium ROST was started from the private collection of Johannes A. 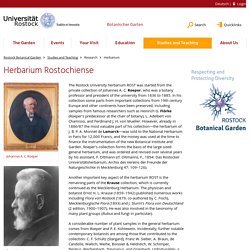 C. Roeper, who was a botany professor and president of the university from 1836 to 1885. In his collection some parts from important collections from 19th century Europe and other continents have been preserved, including samples from famous researchers such as Heinrich G. Flörke (Roeper’s predecessor at the chair of botany), L. Adelbert von Chamisso, and Ferdinand J. Dr. Klaus Pistrick retires. Greenland Herbarium @NHM_Denmark and @ArcticStationUC. Specimens from Southern Greek National History Museum Herbarium. The latest South Campus Library exhibit features a rare collection of plant specimens from the Herbarium Goulandrium in Goulandris Natural History Museum, which is located in Kifissia, Greece. 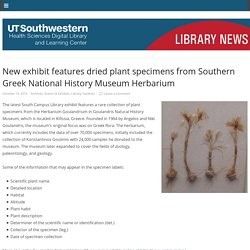 Founded in 1964 by Angelos and Niki Goulandris, the museum’s original focus was on Greek flora. The herbarium, which currently includes the data of over 70,000 specimens, initially included the collection of Konstantinos Goulimis with 24,000 samples he donated to the museum. The museum later expanded to cover the fields of zoology, paleontology, and geology. Herbarium of the Icelandic Institute of Natural History (or Náttúrufræðistofnun Íslands) « Herbology Manchester. 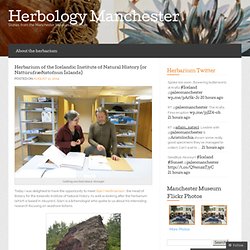 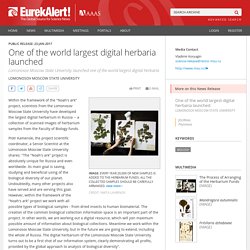 Piotr Kamenski, the project scientific coordinator, a Senior Scientist at the Lomonosov Moscow State University shares: "The "Noah's ark" project is absolutely unique for Russia and even worldwide. Its main goal is saving, studying and beneficial using of the biological diversity of our planet. 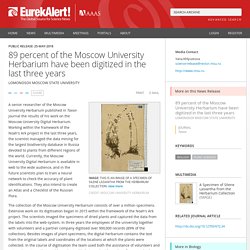 Working within the framework of the Noah's Ark project in the last three years, the scientist managed the data mining for the largest biodiversity database in Russia devoted to plants from different regions of the world. Currently, the Moscow University Digital Herbarium is available in web to the wide audience, and in the future scientists plan to train a neural network to check the accuracy of plant identifications. They also intend to create an Atlas and a Checklist of the Russian Flora. Tomsk University, Siberia. Herbarium in Serbia. Conservatoire et Jardin Botaniques Genève CC. Geneva's botanic garden turns 200 this year! 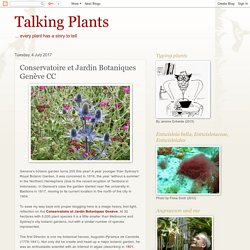 A year younger than Sydney's Royal Botanic Garden, it was conceived in 1816, the year 'without a summer' in the Northern Hemisphere (due to the recent eruption of Tambora in Indonesia). In Geneva's case the garden started near the university in Bastions in 1817, moving to its current location in the north of the city in 1904. To ease my way back into proper blogging here is a image heavy, text light, reflection on the Conservatoire et Jardin Botaniques Genève. Josephine's Herbarium in Geneva. Grundtvig Botanic » Project.