Mehdi Hasan on the privileges afforded to the Nashville bomber. IE 11 is not supported. 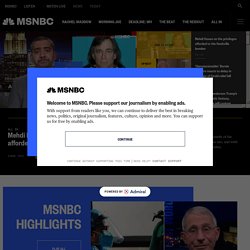 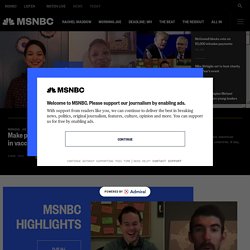 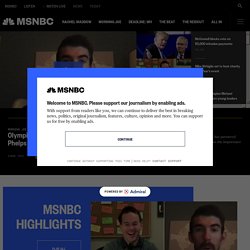 Young girl’s empowering Christmas wish comes true. You gave me a valuable gift: you took me seriously – Letters of Note. During an illustrious career which saw him win multiple awards and worldwide recognition, Theodore Geisel published over 60 books, the majority of which he wrote and illustrated under the pen name Dr. 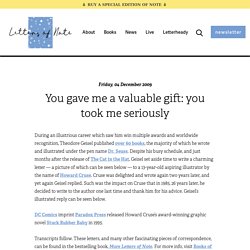 Seuss. Despite his busy schedule, and just months after the release of The Cat in the Hat, Geisel set aside time to write a charming letter — a picture of which can be seen below — to a 13-year-old aspiring illustrator by the name of Howard Cruse. Cruse was delighted and wrote again two years later, and yet again Geisel replied. Your brain on cortisol: Why overstressed gray matter is leading us astray in lockdown.

When it comes to vices during the pandemic, simply put, it's been difficult to say "no. 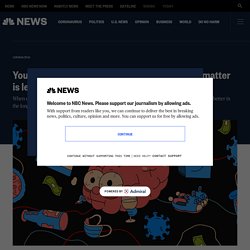 " Drinking an extra glass of wine here, eating half a birthday cake in one sitting there — whatever it takes to escape the constant strain of life under lockdown. Fintan O’Toole: Trump has unfinished business. A republic he wants to destroy still stands. “In my beginning”, wrote TS Eliot in Four Quartets, “is my end.” 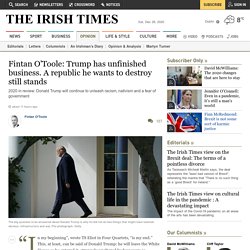 This, at least, can be said of Donald Trump: he will leave the White House as he entered it, strangely unaltered by four years as president. World Economic Forum on LinkedIn: Small budget, big results. □ Read more: WRC asserts right of student from majority population to take the place of one from a tiny minority. Glenn Kirschner: ‘There is no line Donald Trump won’t cross’ IE 11 is not supported. 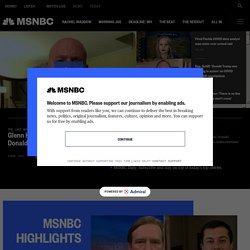 - The Washington Post. Brené with Eric Mosley on Making Work Human. Podcasts Brené Brown Education and Research Group, LLC, owns the copyright in and to all content in and transcripts of the Unlocking Us and Dare to Lead podcasts, with all rights reserved, including right of publicity. 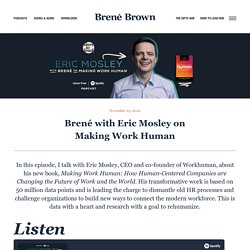 WHAT’S OK: You are welcome to share an excerpt from the episode transcript (up to 500 words but not more) in media articles (e.g., The New York Times, LA Times, The Guardian), in a non-commercial article or blog post (e.g., Medium), and/or on a personal social media account for non-commercial purposes, provided that you include proper attribution and link back to the podcast URL. The Service Factory of the Future. Imagine a world where you never have to try frantically to get through to customer service when your internet service goes down and then struggle to troubleshoot over the phone. 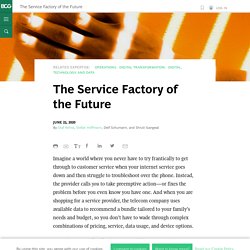 Instead, the provider calls you to take preemptive action—or fixes the problem before you even know you have one. And when you are shopping for a service provider, the telecom company uses available data to recommend a bundle tailored to your family’s needs and budget, so you don’t have to wade through complex combinations of pricing, service, data usage, and device options.

Over the coming decade, this vision will become a reality. Sectors as diverse as finance, transportation, energy, and telecommunications are beginning a transformation not unlike manufacturing’s adoption of Industry 4.0 technologies. The full transition to the service factory of the future entails a massive transformation that could take five to ten years. Breath: The New Science of a Lost Art by James Nestor. Writing Today in Ulster Scots. By ANGELA GRAHAM Why is it so hard to find writing in Ulster Scots among contemporary publications? 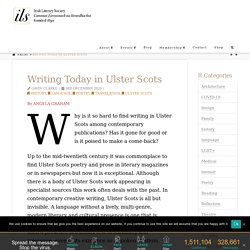 Big business gets its wings as leaders from major U.S. companies partner with Pope Francis. The Pope means business. Capitalism met Catholicism on Tuesday, as some of the world’s biggest business leaders announced a new partnership with Pope Francis. The alliance, known as the Council for Inclusive Capitalism with the Vatican, aims to create a more inclusive, fair and sustainable economic landscape by taking pledges toward sustainable development goals focused on areas such as climate action, peace and justice, quality education and gender equality. “An economic system that is fair, trustworthy, and capable of addressing the most profound challenges facing humanity and our planet is urgently needed,” Pope Francis said in a statement. The Council comprises 27 core members known as the Guardians of Inclusive Capitalism, who represent companies with over $2.1 trillion in market capitalization and 200 million workers.

Members include Bank of America CEO Brian Moynihan, Johnson & Johnson CEO Alex Gorsky, Salesforce CEO and founder Marc Benioff and Mastercard CEO Ajay Banga. Why Americans need a stimulus deal in three stats. Many Democrats and Republicans are in favor of additional stimulus spending, but there was little hope for a deal before the end of the year until late last week, when Democratic leaders announced support for a bipartisan proposal.

Congressional aides on both sides said that substantial progress was made over the weekend, but there's still a lot of work to do and time is running out for many Americans in need. Lawmakers already allowed some key relief programs to expire over the summer, including a $600 boost to unemployment benefits and a small business loan program. It's been months since most Americans received their $1,200 stimulus checks. Even more aid is about to run out at the end of December. Millions of people could be pushed off unemployment benefits altogether and renters could lose eviction protections if Congress doesn't act. Meanwhile, it's becoming very clear that the economic recovery is faltering.

Tipped service workers more vulnerable amid pandemic harassment spike: Study. In the best of times, service industry workers are typically paid below the minimum wage and rely on tips to make up the difference. Barbra Streisand, Patti LaBelle and Dolly Parton on Their Most Memorable Performances. The 5th Annual Sir George Quigley Memorial Lecture - The Centre for Cross Border Studies. He Was a Stick, She Was a Leaf; Together They Made History.