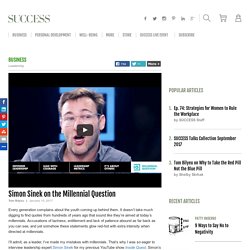 Culture - Whatever happened to Generation X? It’s a familiar and ongoing feud: baby boomers in one corner and millennials in the other. 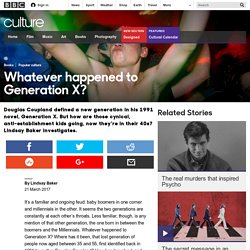 It seems the two generations are constantly at each other’s throats. Less familiar, though, is any mention of that other generation, the one born in between the boomers and the Millennials. Whatever happened to Generation X? Xennials: The demographic between Generation X and Generation Y. Play Video Caption Settings Dialog Beginning of dialog window. 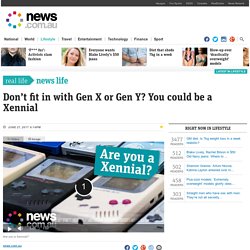 Escape will cancel and close the window. Generation X, Y and Baby Boomers: Why every generation feels entitled. Opinion Posted It's a time-honoured tradition for older and younger generations of Australians to argue about whether government is treating them fairly. 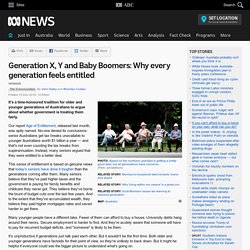 Our report Age of Entitlement, released last month, was aptly named. No-one denied its conclusions: senior Australians get tax breaks unavailable to younger Australians worth $1 billion a year — and that's not even counting the tax breaks from superannuation. Have Smartphones Destroyed a Generation? - The Atlantic. 20700 generation. 3235.0 - Population by Age and Sex, Regions of Australia, 2014. Generations X,Y, Z and the Others – WJSchroer. We often use phrases or words that we don’t fully understand. 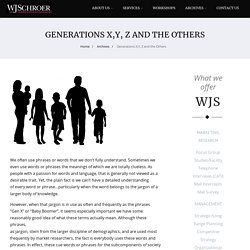 Sometimes we even use words or phrases the meanings of which we are totally clueless. As people with a passion for words and language, that is generally not viewed as a desirable trait. Yet, the plain fact is we can’t have a detailed understanding of every word or phrase…particularly when the word belongs to the jargon of a larger body of knowledge.

However, when that jargon is in use as often and frequently as the phrases “Gen X” or “Baby Boomer”, it seems especially important we have some reasonably good idea of what these terms actually mean. Although these phrases, as jargon, stem from the larger discipline of demographics, and are used most frequently by market researchers, the fact is everybody uses these words and phrases. The Depression Era Born: 1912-1921 Coming of Age: 1930-1939 Age in 2004: 83 to 92 Current Population: 11-12 million (and declining rapidly) World War II Post-War Cohort Boomers I or The Baby Boomers. What will Generation Z want from a TMC? We’ve seen and heard plenty about Generation Y – the millennials – who will dominate the workplace by 2020, but it is Generation Z – those born in the late 1990s – who are now energizing the thoughts and minds of travel suppliers. 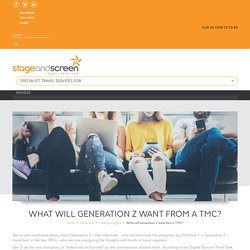 Gen Z are the new disruptors, or “millennials on steroids” as one commentator dubbed them. According to the Digital Tourism Think Tank, Gen Z already makes up a quarter of the world’s population and by 2020 will account for 40% of all consumers. So travel providers need to be ready, because the new kids on the block are very a different animal to their forebears. 10 fascinating Australian subcultures you had no idea existed. Move over millennials, members of Generation Z are ready to work. The American economy added 222,000 new jobs in June — and many of those positions were likely taken by members of Generation Z. 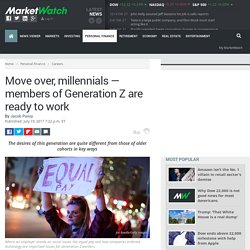 Precise definitions vary, but Generation Z generally comprises those who were born in the 1990s and came of age amid events such as the Sept. 11 terrorist attacks and the 2008 financial crisis. In recent years, the first wave of Generation Z workers turned 18. More of these people are entering the workforce — by 2021 it is expected they will constitute a fifth of all workers. Among people ages 16 to 19, the unemployment rate dropped to 13.3% in June on a seasonally adjusted basis, from 14.3% the month before, according to data released Friday by the Bureau of Labor Statistics. 6 Ways Gen Z Will Change the Tech World. Free Webinar | August 16th Find out how to optimize your website to give your customers experiences that will have the biggest ROI for your business. 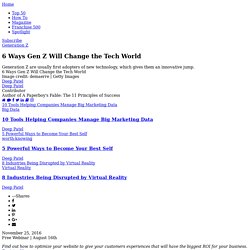 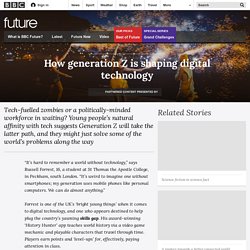 “It’s weird to imagine one without smartphones; my generation uses mobile phones like personal computers. We can do almost anything.” Millennials: Technology = Social Connection. Where’s the strangest place you’ve ever used your smartphone or tablet PC? 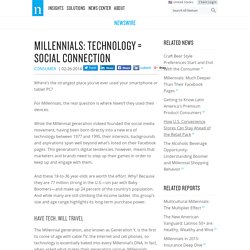 For Millennials, the real question is where haven’t they used their devices. While the Millennial generation indeed founded the social media movement, having been born directly into a new era of technology between 1977 and 1995, their interests, backgrounds and aspirations span well beyond what’s listed on their Facebook pages. This generation’s digital tendencies, however, means that marketers and brands need to step up their games in order to keep up and engage with them. And these 18-to-36 year-olds are worth the effort. Why? Have Tech, Will Travel The Millennial generation, also known as Generation Y, is the first to come of age with cable TV, the Internet and cell phones, so technology is essentially baked into every Millennial’s DNA.

Defined by idiosyncratic fashion and footwear and even stranger dancing and live music, some claim that the sharpies were Australia's only truly home-grown youth subculture. Chane Chane once led a sharpie gang in Melbourne at a time the gangs were battling with mods, long hairs and surfies. "It was like breathing in electricity," he told 7.30. "The Criminalisation and Punishment of Children and Young People: Introduction" [2008] CICrimJust 10; (2008) 20(1) Current Issues in Criminal Justice 1. You are here: AustLII >> Databases >> Current Issues in Criminal Justice >> 2008 >> [2008] CICrimJust 10 Database Search | Name Search | Recent Articles | Noteup | LawCite | Author Info | Download | Help.