Samoan slang enters Australian mainstream, fuels interest in Polynesian culture, language. When I sat down to watch the Australian drama Bump on the day of its release, I was excited to hear the term "uce" peppering the dialogue between two teenage characters. 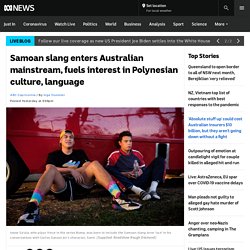 Key points: Australian series Bump mirrors contemporary youth culture and the Samoan slang term "uce" is centre stageThe term "uce", coined by the Samoan diaspora in New Zealand and the US, is growing in Australian usage"Uce" comes from the Samoan word uso, and is used when a man addresses another man as his brother, or a woman addresses another woman as her sister This slang term of endearment, coined by the Samoan diaspora in the US and New Zealand a couple of decades ago, has made its way across the Tasman and into mainstream conversation.

Anything that positively reflects my family on the small screen is a cause for celebration. Bump may be set in inner-city Sydney, but it mirrors contemporary youth culture found across the country. Maori, moko and the trade in human heads that haunts New Zealand today. Australian history explored in Biennale of Sydney artwork about female convict turned pirate - ABC News.

Easter Island Moai sculpture damaged by crashed ute, Chilean driver faces legal action. World's 'oldest' tattooing kit discovered in a box years after it was thought to be lost. Updated about 10 hours agoTue 5 Mar 2019, 11:43am Researchers say a set of ancient tools found in a box at a Canberra university is the world's oldest known complete tattoo kit, thought to be made from human bones. 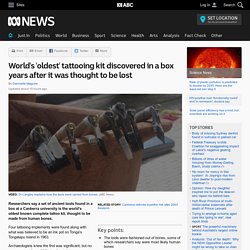 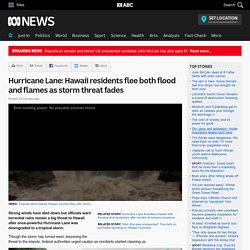 Though the storm has turned west, lessening the threat to the islands, federal authorities urged caution as residents started cleaning up. Big Island and Maui saw flooding and landslides last week as the approaching storm brought more than a metre of rain in some areas, but no storm-related deaths were reported. As flooding hit the Big Island, winds fanned brush fires that had broken out in dry areas of Maui and Oahu. The fire burned nine homes in the historic coastal town of Lahaina and forced 600 people to evacuate. The American Red Cross said more than 1,100 people were staying in shelters. Lane first approached the islands earlier this week as a Category 5 hurricane, threatening catastrophic damage to the island with winds of 252 kilometres per hour or above. Miss West's Classroom - 8A History - Polynesian Expansion. Venice of the Pacific: The race to save the mysterious Micronesian ruins of Nan Madol. 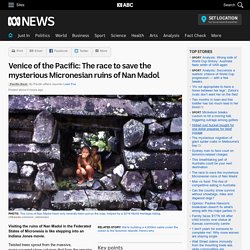 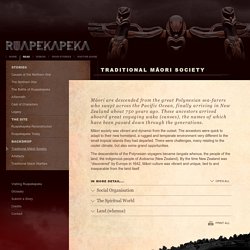 Communities were loosely grouped into iwi (tribes) defined by descent from a common ancestor. The iwi was the largest unit of Māori society, however, there was no permanent office of “paramount chief” at the level of the iwi. Decisions were reached through negotiation among rangitira (chiefs) and kaumatua (family leaders). Formal hui (meetings) were held to discuss important issues, where people of sufficient rank would speak in turn. Personal status was strongly influenced by genealogy and gender. History - Year 8 Research - LibGuides at St Augustine’s College. Hawaii's Kilauea volcano eruption launches plume of ash 9,100 metres into the sky. 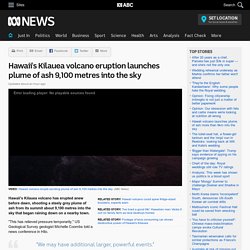 Volcano erupts near homes in Hawaii causing evacuation of residents. Updated yesterday at 9:01pmFri 4 May 2018, 9:01pm Hawaii's Kilauea volcano has erupted, forcing nearly 1,500 residents to evacuate from their volcano-side homes as molten lava makes its way through forest land and bubbles up on paved streets. 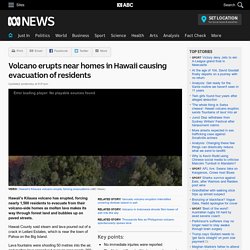 No immediate injuries were reportedThe National Guard will help evacuations and provide security to about 770 homes and buildings left emptyThe eruption comes after days of earthquakes that rattled the area Hawaii County said steam and lava poured out of a crack in Leilani Estates, which is near the town of Pahoa on the Big Island. Lava fountains were shooting 50 metres into the air, and molten lava spread out over an area nearly 200 metres wide behind one house in Leilani Estates, Big Island resident Ikaika Marzo told the Honolulu Star-Advertiser.

The Polynesian expansion across the Pacific - The Cunning Teacher. Ancient butchered rhino suggests humans lived in the Philippines 700,000 years ago - Science News - ABC News. Early humans called the Philippines home as far back as 700,000 years ago — and it appears they had an appetite for rhinoceros, according to newly discovered fossils. key points Key points: Stone tools and animal remains, including a nearly a complete ancient rhino skeleton, were found on the island of Luzon in the PhilippinesThe fossils were dated to around 700,000 years old, which pre-dates modern humansHow these early humans and animals arrived at the island is unknown, but they may have been carried across by a tsunami. 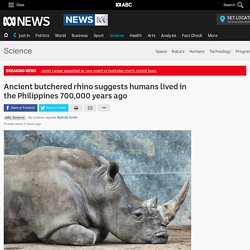