Quanta Magazine. Physicists have traced three of the four forces of nature — the electromagnetic force and the strong and weak nuclear forces — to their origins in quantum particles. 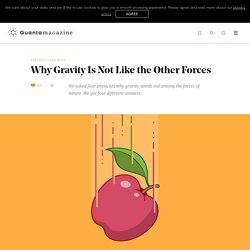 But the fourth fundamental force, gravity, is different. Our current framework for understanding gravity, devised a century ago by Albert Einstein, tells us that apples fall from trees and planets orbit stars because they move along curves in the space-time continuum. These curves are gravity. According to Einstein, gravity is a feature of the space-time medium; the other forces of nature play out on that stage. But near the center of a black hole or in the first moments of the universe, Einstein’s equations break. Physicists think that in this truer theory, gravity must have a quantum form, like the other forces of nature.

What is it that makes gravity unique? Gravity Breeds Singularities General relativity yields the predictions of black holes and the Big Bang at the origin of our universe. Gravity Leads to Black Holes. Childe Harold's Pilgrimage, by Lord Byron. Is the Milky Way harboring dozens of intelligent alien civilizations? Are dozens of intelligent extraterrestrial civilizations lurking right in our home galaxy? 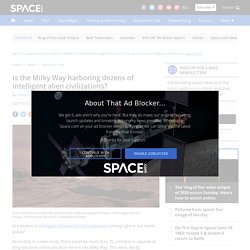 According to a new study, there could be more than 30 civilizations capable of long-distance communication here in the Milky Way. This work, led by researchers at the University of Nottingham, assumed that intelligent life not only exists off-Earth, but develops on other planets similarly to how it does on Earth. "There should be at least a few dozen active civilizations in our galaxy under the assumption that it takes 5 billion years for intelligent life to form on other planets, as it did on Earth," Christopher Conselice, an astrophysicist at the University of Nottingham who led this research, said in a statement. "The idea is looking at evolution, but on a cosmic scale. " Related: 9 strange, scientific excuses for we haven’t found aliens yet For one of these limiting factors, the researchers used Earth, where life began approximately 4.54 billion years ago, as an example. 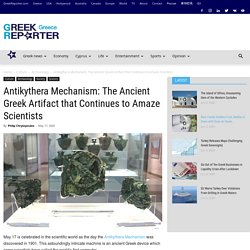 This astoundingly intricate machine is an ancient Greek device which some scientists have called the world’s first computer. The Antikythera Mechanism was discovered inside an ancient shipwreck by Greek sponge divers in 1901. After numerous studies, it was estimated to have been constructed between 150 BC and 100 BC. A later study places it at 205 BC, just seven years after the death of Archimedes. Superconductors with 'zeitgeist' – when materials differentiate between the past and the future. Physicists at TU Dresden have discovered spontaneous static magnetic fields with broken time-reversal symmetry in a class of iron-based superconductors. 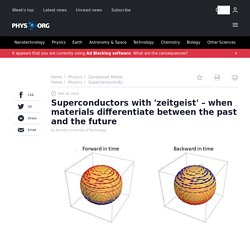 This exceptional property calls for new theoretical models and may become important in quantum computing. The research results have recently been published in the scientific journal Nature Physics. What happened yesterday and what will happen tomorrow are usually two different and quite independent matters. The past and the future of human life are not symmetric and therefore not reversible. In physics, this is different. Longstanding mystery of matter and antimatter may be solved. An element which could hold the key to the long-standing mystery around why there is much more matter than antimatter in our Universe has been discovered by a University of the West of Scotland (UWS)-led team of physicists. 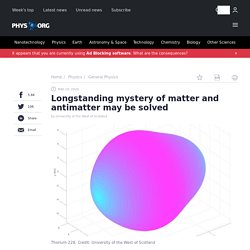 The UWS and University of Strathclyde academics have discovered, in research published in the journal Nature Physics, that one of the isotopes of the element thorium possesses the most pear-shaped nucleus yet to be discovered. Nuclei similar to thorium-228 may now be able to be used to perform new tests to try find the answer to the mystery surrounding matter and antimatter.

UWS's Dr. David O'Donnell, who led the project, said: "Our research shows that, with good ideas, world-leading nuclear physics experiments can be performed in university laboratories. "This work augments the experiments which nuclear physicists at UWS are leading at large experimental facilities around the world. The research team was made up of Dr. Dr. Highway Haven - Fact Sheets - Gardening Australia - GARDENING AUSTRALIA. SERIES 29 | Episode 14 Jerry Coleby-Williams visits Karawatha Forest with Professor Darryl Jones, Ecologist at Griffith University, to see the successful project they have been working on creating a wildlife corridor. 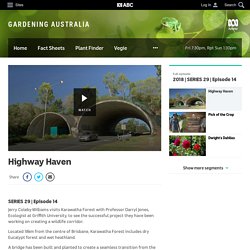 Proximity (2020) Whirling, glassy magnets found to be new state of matter. Most of us are familiar with the four classical states of matter – solid, liquid, gas and plasma – but there’s a whole world of exotic states out there. 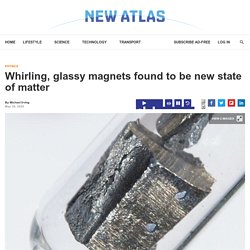 Now, physicists at Radboud and Uppsala Universities have identified a new one named “self-induced spin glass,” which could be used to build new artificial intelligence platforms. Magnetism usually arises when the electrons in the atoms of a material all spin in the same direction. But in a spin glass, the atomic magnets have no order, all spinning in random directions. The “glass” part of the name comes from the similarities to how atoms are arranged amorphously in a piece of regular old glass.

So far spin glasses have only been found in certain alloys, but now, researchers have discovered that the state occurs naturally in the pure element neodymium. Neodymium is already well known for having some strange magnetic properties, so the team examined it using scanning tunneling microscopy (STM). Hamiltonian. Hamiltonian may refer to: Physics[edit] Mathematics[edit] Other uses[edit] Hamiltonian economic program, as put forward by the eighteenth century American politician Alexander Hamilton. 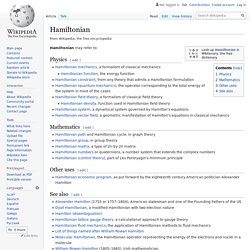 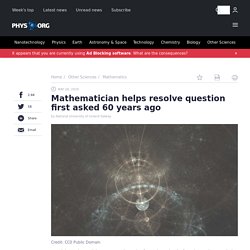 Martin Kerin, from the School of Mathematics, Statistics and Applied Mathematics at NUI Galway, has had a research article published in the Annals of Mathematics, widely regarded as the top journal for pure mathematics in the world. The article, written in collaboration with Professor Sebastian Goette of the University of Freiburg and Professor Krishnan Shankar of the University of Oklahoma, resolves a question first asked around 60 years ago on the geometrical properties of seven-dimensional objects which very closely resemble spheres. The Annals of Mathematics was founded in 1884 and is published by the Department of Mathematics at Princeton University, in cooperation with the Institute for Advanced Study. Only around thirty articles are accepted each year and Dr. Kerin is only the second ever Irish-based mathematician to have an article appear in the journal. 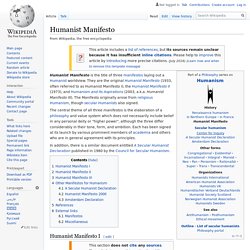 In the expansion of its iron ore mine in Western Pilbara, Rio Tinto blasted the Juukan Gorge 1 and 2 – Aboriginal rock shelters dating back 46,000 years. These sites had deep historical and cultural significance. Three years on from Uluru, we must lift the blindfolds of liberalism to make progress. The Uluru Statement from the Heart offered a new compact with all Australians that would reset our national identity and enhance our political legitimacy. But its poetic vision and pragmatism proved its death knell. Simulacra and Simulation. Going with the flow. No day is typical at Freedom Cove. Certain regular chores have to be done – feeding the dogs, cleaning the house, doing laundry. For Wayne Adams and Catherine King, two artists who live on a sustainable floating compound, that is where the similarities end. Catherine King and Wayne Adams live in a hand-built, floating compound near Tofino, British Columbia.

Floating manmade island near Vancouver Island has a house, garden and lighthouse. Off the coast of Vancouver Island, British Columbia, floats an island that doesn’t look like the others you might see around there. Einstein’s two mistakes. Pacific Islanders Appear to Be Carrying The DNA of an Unknown Human Species. Hints of an unidentified, extinct human species have been found in the DNA of modern Melanesians - those living in a region of the South Pacific, northeast of Australia.

According to new genetic modelling, the species is unlikely to be Neanderthal or Denisovan - two ancient species that are represented in the fossil record - but could represent a third, unknown human relative that has so far eluded archaeologists. "We’re missing a population, or we’re misunderstanding something about the relationships," Ryan Bohlender, a statistical geneticist from the University of Texas, told Tina Hesman Saey at Science News.

Some Pacific Islanders Have DNA Not Linked To A Known Human Ancestor. TwitterThe study found Melanesian DNA to contain far less Denisovan genetic material than previously thought — leading some to believe a third human ancestor may have been responsible. Most everyone knows that the islands of the South Pacific are some of the most remote and unique places on Earth, but a 2016 study revealed just how distinctive the area’s inhabitants really are. Allegorical Sketchbook Drawings. Share on: 0 total shares. Skin Traffik. Plot[edit] Sacsayhuamán. Senno ecto gammat. Face-to-face communication is always preferred over electronic or phone communication. I Joined the Poole’s Landing Anarchist Commune Expecting to Hate It, But Coming Home Sucked. Annemarie Schwarzenbach. Beautiful Bizarre Magazine Issue 027.