Bacon: Why America's Favorite Food Mania Happened. If you are going to spend your entire life in the pork industry, you could scarcely hope for a better name than Joe Leathers. 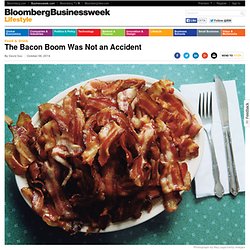 Leathers, who proudly inserts the nickname “Bacon Belly” between his first and last names, is now a retiree in Kansas City, Mo. But he has been a pig man since the beginning. “My whole career has revolved around the pork industry,” says Leathers, who was born in Austin, a southern Minnesota town where the pork-producing corporation Hormel (HRL) has been based since 1891. It’s where Spam was born. “If you didn’t work for Hormel, you didn’t work,” he says. Leathers began at age 21, back in 1970, wielding a knife on the killing floor of Hormel’s giant slaughterhouse for three and a half years, dispatching and dismembering hogs into the bellies, chops, and loins Americans ate. In the past decade, bacon has grown into an industry generating more than $4 billion in annual sales.

In terms of economic impact, nothing beats bacon. 17 Mouthwatering Bacon-Wrapped Snacks You Need To Try. The Best 'Bang For Your Buck' NYC Eateries. Nom Wah Tea Parlor (via Yelp) Somewhere between the dirt cheap eats and budget-busting blowouts there's a sweet spot where the quality and quantity of the food match the amount of money you're spending. 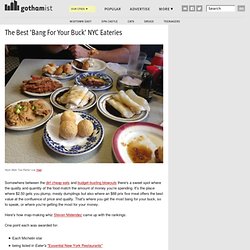 It's the place where $2.50 gets you plump, meaty dumplings but also where an $88 prix fixe meal offers the best value at the confluence of price and quality. That's where you get the most bang for your buck, so to speak, or where you're getting the most for your money. Here's how map-making whiz Steven Melendez came up with the rankings: One point each was awarded for: Each Michelin starbeing listed in Eater's "Essential New York Restaurants"being listed in Time Out New York's Top 100being listed in New York Magazine's Where To Eat 2013each New York Times star above two starsZagat 2014 food score (a maximum of 30) divided by 15. Could This Baker Solve the Gluten Mystery? The artisan as scientist: baker Jonathan McDowell in the Bread Lab Photos: Tom Philpott Washington State University's agriculture research and extension facility in Mount Vernon, about an hour due north along the Puget Sound from Seattle, looks at first glance like any recently built academic edifice: that is to say, boring and austere. 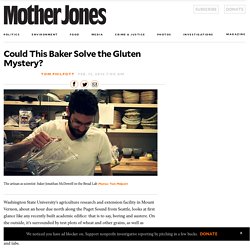 On the outside, it's surrounded by test plots of wheat and other grains, as well as greenhouses, shrouded in the Pacific Northwest's classic gray skies and mist. Inside, professors and grad students shuffle through the long halls, passing quiet offices and labs. John Birdsall - America, Your Food Is So Gay. Designer Lisa Ma wants us to eat grey squirrels. This article was taken from the January 2014 issue of Wired magazine. 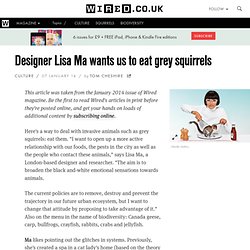 Be the first to read Wired's articles in print before they're posted online, and get your hands on loads of additional content by subscribing online. Here's a way to deal with invasive animals such as grey squirrels: eat them. "I want to open up a more active relationship with our foods, the pests in the city as well as the people who contact these animals," says Lisa Ma, a London-based designer and researcher. "The aim is to broaden the black and-white emotional sensations towards animals. Breakfast Pockets. Cocktail Recipes. Burger Bites with Real Potato Slice Buns. Ingredients: Potatoes (peeled) - at least one per person you anticipate to be feeding Hamburger Meat Cheese Slices Ketchup Salt & any other seasonings you plan to use on your potato slices & burgers Peel the potatoes & cut slices about 1/2 an inch thick. 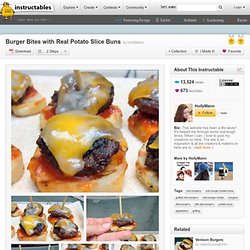 I made a couple of my slices into hearts, to be weird! :) Do whatever you like! Once you have enough sliced up, then you'll need to cook these a little bit to soften them. But, you need to be careful not to overcook them. I personally put them into the microwave covered (with a tablespoon of water) for a minute. Then, prepare the little mini burger patties. Grab your cheese slices and ketchup and go out to your grill. 5 Lessons In UI Design, From A Breakthrough Museum. Museums today compete for attention in a wildly difficult environment: If you’re a youngster, why stare at a Greek urn when you could blow one up in a video game? 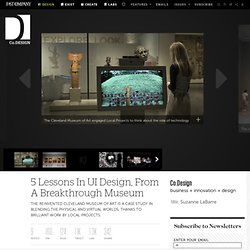 One institution thinking deeply about the challenge is the Cleveland Museum of Art, which this month unveiled a series of revamped galleries, designed by Local Projects, which feature cutting-edge interactivity. But the technology isn’t the point. "We didn’t want to create a tech ghetto," says David Franklin, the museum’s director. Adds Local Projects founder Jake Barton, "We wanted to make the tech predicated on the art itself. " From A Genius Mixologist: The Only Ratio You Need For Perfect Cocktails. Her drinks sound delicious. 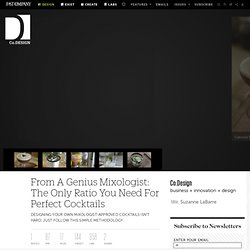 An apple bourbon old-fashioned, or a dark and stormy with brown butter banana rum.