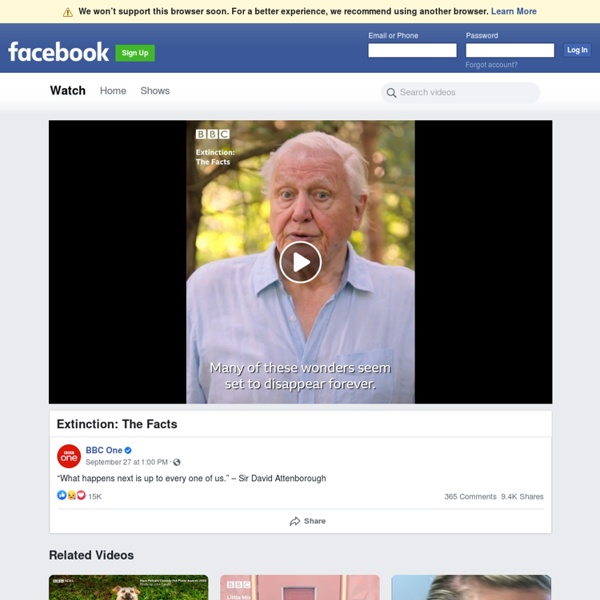 Related:  know about world • The Only Earth We Have • Climate Change • SHAMEFUL • Uh Oh

Meet Magawa, The Landmine-Detecting Rat Who Just Received The PSDA Gold Medal For Exceptional Bravery Not all animal superheroes wear capes, but they do get gold medals! Magawa, a landmine detection rat who has been saving lives in Cambodia, has been awarded the PDSA Gold Medal for his bravery and devotion to duty. Awarded by the UK’s leading veterinary charity, the People’s Dispensary for Sick Animals, this medal is the animal equivalent of the George Cross. HeroRAT Magawa (yes, that is his official job title) is the first rat in the charity’s 77-year history of honoring animals to receive a PDSA Medal. New Climate Maps Show a Transformed United States by Al Shaw, Abrahm Lustgarten, ProPublica, and Jeremy W. Goldsmith, Special to ProPublica, September 15, 2020. ProPublica is a nonprofit newsroom that investigates abuses of power. Sign up to receive our biggest stories as soon as they’re published.

Melting Antarctic ice will raise sea level by 2.5 metres – even if Paris climate goals are met, study finds Melting of the Antarctic ice sheet will cause sea level rises of about two and a half metres around the world, even if the goals of the Paris agreement are met, research has shown. The melting is likely to take place over a long period, beyond the end of this century, but is almost certain to be irreversible, because of the way in which the ice cap is likely to melt, the new model reveals. Even if temperatures were to fall again after rising by 2C (3.6F), the temperature limit set out in the Paris agreement, the ice would not regrow to its initial state, because of self-reinforcing mechanisms that destabilise the ice, according to the paper published in the journal Nature. “The more we learn about Antarctica, the direr the predictions become,” said Anders Levermann, co-author of the paper from the Potsdam Institute for Climate Impact Research. “We get enormous sea level rise [from Antarctic melting] even if we keep to the Paris agreement, and catastrophic amounts if we don’t.”

Proud Boys terrorists In Tuesday night's presidential debate, President Trump declined to condemn white supremacists when asked if he would. Instead, he prompted the Proud Boys, a far-right group, to "stand back and stand by." Afterward, Proud Boys organizer Joe Biggs had an exchange with Enrique Tarrio, chair of the Proud Boys, on the conservative social media platform Parler, according to Mike Baker of The New York Times. Is this the end of forests as we've known them? Camille Stevens-Rumann never used to worry about seeing dead trees. As a wildland firefighter in the American west, she encountered untold numbers killed in blazes she helped to extinguish. She knew fires are integral to forests in this part of the world; they prune out smaller trees, giving room to the rest and even help the seeds of some species to germinate. “We have largely operated under the assumption that forests are going to come back after fires,” Stevens-Rumann said.

Do These A.I.-Created Fake People Look Real to You? click 2x scroll down There are now businesses that sell fake people. On the website Generated.Photos, you can buy a “unique, worry-free” fake person for $2.99, or 1,000 people for $1,000. If you just need a couple of fake people — for characters in a video game, or to make your company website appear more diverse — you can get their photos for free on ThisPersonDoesNotExist.com. Restoring Farmland Could Drastically Slow Extinctions, Fight Climate Change The twin crises of climate change and biodiversity loss are intertwined: Storms and wildfires are worsening while as many as one million species are at risk of extinction. The solutions are not small or easy, but they exist, scientists say. A global road map, published Wednesday in Nature, identifies a path to soaking up almost half of the carbon dioxide that has built up since the Industrial Revolution and averting more than 70 percent of the predicted animal and plant extinctions on land.

Arctic's Shift to a Warmer Climate Is 'Well Underway, Scientists Warn The Arctic continued its unwavering shift toward a new climate in 2020, as the effects of near-record warming surged across the region, shrinking ice and snow cover and fueling extreme wildfires, scientists said Tuesday in an annual assessment of the region. Rick Thoman, a climate specialist at the University of Alaska and one of the editors of the assessment, said it “describes an Arctic region that continues along a path that is warmer, less frozen and biologically changed in ways that were scarcely imaginable even a generation ago.” “Nearly everything in the Arctic, from ice and snow to human activity, is changing so quickly that there is no reason to think that in 30 years much of anything will be as it is today,” he said. While the whole planet is warming because of emissions of heat-trapping gases through burning of fossil fuels and other human activity, the Arctic is heating up more than twice as quickly as other regions. The warmth was pervasive across the Arctic.