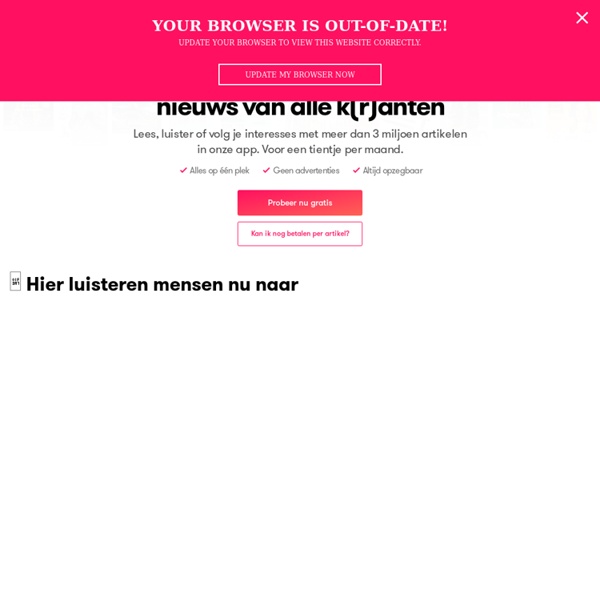 How to Jam the Trump Brand United’s stock plunges after video emerges of a passenger being violently dragged off an oversold flight. Pepsi yanks an ad that portrays police and Black Lives Matter-ish protestors making peace over a can of soda. Fox News faces an advertiser exodus after new revelations of massive payouts to settle sexual harassment and verbal abuse allegations against host Bill O’Reilly. If there is one lesson that emerges from all these controversies it is this: Institutions organized around a powerful brand image – often understood as “a promise” from a corporation to its customers – are in big trouble when that image gets battered and the promise appears to have been broken. These facts make corporate brands intensely vulnerable to public pressure, particularly when that pressure is loud and organized.

Reluctantly Brave » Gen Z: Getting the best, young talent Gen Z – people born 1996 to 2010 – are your future staff and future leaders. We’re just starting to hit the jobs market. Many companies don’t have a strategy for attracting, understanding and retaining us. Koch Funding of Universities Shrouded In Secrecy This post first appeared at The Center for Media and Democracy. (Photo: Koch Exposed PR Watch) In a recent column entitled “The Campus Climate Crusade,” The Wall Street Journal’s Kimberly Strassel spent over 800 words arguing the basic conceit of UnKochMyCampus, a campaign uniting students at universities around the country who are working to increase transparency on their campuses and fight attempts by corporate donors like Charles and David Koch from influencing their education. Her core arguments?

IMC Weekend School IMC Weekend School in Figures. Click on image for full size. IMC Weekend School, founded in 1998, introduces children aged 10 to 14 from disadvantaged neighborhoods and often of migration background to the world of work through passionate professionals acting as volunteers. It has 10 schools throughout the Netherlands. It is expanding globally (Brussels, Hong Kong). Everybody loves War Trump After news of Syrian intervention hit the airwaves last week, the neoconservatives who fought tooth and nail to deny Donald Trump the GOP nomination came out in full force to congratulate him for coming to his senses. Bill Kristol, the New York Times alumnus and Weekly Standard founder who tried and failed to mount an obscure National Review writer as a third-party challenge to Trump, seems every bit as excited at the prospect of regime change in Syria as he was about Iraq. “If Pres. Trump takes appropriate action against Assad this #NeverTrumper will of course support him. He's the president, not merely ‘Trump,’” Kristol tweeted. Thomas Friedman, the New York Times’ foreign taxi-cab correspondent, had this to say: “The least bad solution is a partition of Syria and the creation of a primarily Sunni protected area — protected by an international force, including, if necessary, some U.S. troops.”

Reluctantly Brave » Gen Z: a brave transatlantic voyage Many companies are playing catch-up on how to recruit and retain Generation Z (you know, people born between 1996 and 2010). Many are scrambling to get a handle on the new world order for US-UK relations and perceptions. Enter the (Young) Braves strategic, transatlantic co-lab. US Embassy, Brave ambassadors A Reluctantly Brave team answered the call from the US Embassy in London to get the answer to how US & UK companies can attract and retain Gen Z in this unpredictable, new environment.

The Academic Manifesto: From an Occupied to a Public University The Occupied University The university has been occupied – not by students demanding a say (as in the 1960s), but this time by the many-headed Wolf of management.1 The Wolf has colonised academia with a mercenary army of professional administrators, armed with spreadsheets, output indicators and audit procedures, loudly accompanied by the Efficiency and Excellence March. Management has proclaimed academics the enemy within: academics cannot be trusted, and so have to be tested and monitored, under the permanent threat of reorganisation, termination and dismissal. The academics allow themselves to be meekly played off against one another, like frightened, obedient sheep, hoping to make it by staying just ahead of their colleagues. The Wolf uses the most absurd means to remain in control, such as money-wasting semi- and full mergers, increasingly detailed, and thus costly, accountability systems and extremely expensive prestige projects. Measurability for Accountability

Library opens in Turkey with books collected by sanitation workers Thousands of books destined for the landfill have been rescued by garbage collectors and are now available to the public. Have you been secretly (or not) grousing over the last year or so about how awful people are? If so, this story is for you! Because it's the best story and for anyone in need of a "faith in humanity restored" moment, here you go. A group of sanitation workers in the Çankaya district of Ankara, Turkey began collecting books that were set out in the trash. Slowly they amassed a collection of books that became a library for the workers and their families.

Let students be students – not customers When the University of Bologna started offering tuition in the 11th century, there arose what we would now call a snag in the business plan. Knowledge could not be sold as it was considered a gift from God. However, students paid the teachers a “collectio”, a voluntary gift, and over time these donations became salaries. Inevitably some students did not pay, but in those instances the city authorities would usually stump up. Alex Jones, Megyn Kelly, and the Normalization of Conspiracy Culture - The Atlantic Updated on June 17, 2017 at 7:51 p.m. ET The catastrophe wasn’t what it seemed. This Cafe Offers Free Cup Of Tea To Breastfeeding Moms Being a mom is tough, and being a new mom is especially tough. Which is why this coffee shop in Sydney decided to put a sign in the window inviting breastfeeding moms to come inside and have a free cup of tea and some relaxing downtime. “breastfeeding mums,” reads the sign at The Willows Cafe in the Sydney suburb of Willoughby, “pop in, have a free cup of tea if you need a pitt stop…no need to eat, no need to ask – please relax : ) Willows”. The sign has been a hit with toddler-toting moms, and many have made the most of the chance to pop in and relax while they feed their little ones. In a time when breastfeeding woman are often told to cover up in public (as highlighted by recent cases in Australia and England), we’re glad that this awesome coffee shop is focusing on what’s really important.