A Journey in TEFL 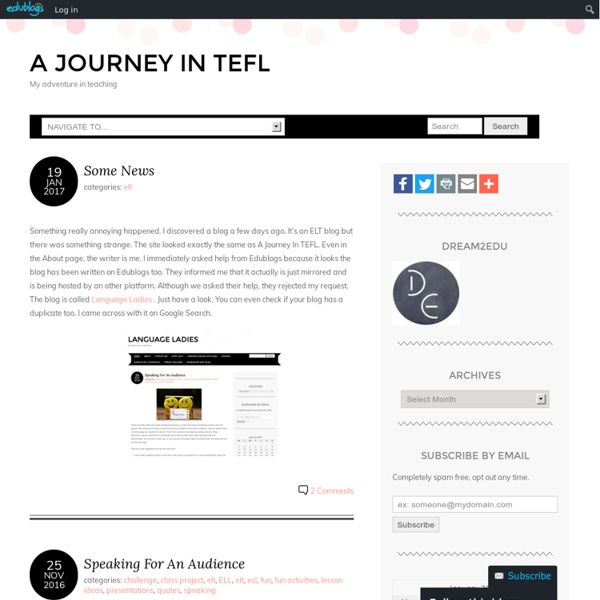 Get Lost in these Free Adventure Games Adventure games are back in style! Okay, not really: the point-and-click genre peaked in the early ’90s, and is today mostly a niche. But it’s a pretty great niche! And with the recent re-release of cult classic Grim Fandango, the success of TellTale Games’ The Walking Dead, and the first episode Game Of Thrones game, adventure games are experiencing a renaissance right now. If you want to play some adventure games, but don’t want to pay, you’re in luck: the web offers a lot. Download These Free Classics For ScummVM If you love classic adventure games, you need to know about ScummVM, the emulator for classic point and click adventures on any modern computer. ScummVM’s website list of where to get games for the emulator includes a few classic titles that are now free. Beneath a Steel Sky is a sci-fi game set in a post apocalyptic Australia. Flight of the Amazon Queen is set in 1949. Note that ScummVM isn’t just for your computer: there are versions for Android, iPhone and more.

blog-efl iTDi Blog | for teachers by teachers by David Dodgson “But you only teach six lessons a day and you have a guaranteed summer holiday…” Ah, the common misconception that being a teacher is somehow an “easy” job! We all know the truth, however. We know that those six hours in the classroom are intense, full hours; we know that those six hours are supported by more hours of planning and preparing; we know that those six hours are followed by marking and reviewing; and we know that those “guaranteed” weekends and holidays often include training and development. We devote ourselves to the task regardless. But we have to let go sometimes… Work too hard for too long and the energy and enthusiasm needed to help ourselves and our students develop starts to wane. At work – Time to rewind As mentioned above, a teacher’s day can be a busy one and we are often as keen as the students to head on home once the last lesson has finished. In my next job, the system was different. Writing a journalTalking to like-minded colleagues

Games for the language classroom: Blockbusters I‘m a gamer: I love using games in the language classroom. I find them such a great and versatile tool and, if used well, something that always goes down well with learners. I’ve discussed the role of games before on this blog and have probably summed up everything I want to say about the theory behind the use of games in my best-selling e-book ‘Using games in the Language Classroom‘ (by which I mean I’m not going to go into great detail about the how and the why of using games in this post; please click on the link to download the book – it’s free!). So, why am I returning to this subject? Well, my e-book on the theory of using games has proven to be so popular that I feel compelled to follow it up with a series of posts look at specific games. Let me start off with an old favorite… The classic, easy-to-use Blockbusters grid Blockbusters! OK, then, first things first. In case you need a little bit more, here are some directions on how to use this in class. What do learners need to know?

Adapting games – Drawful This is an adaptation of a fun and inventive game that was released just last year. While the original game is played on a computer, this adaptation for the classroom is played on paper. This is a perfect game for revising chunks of language. In this example my class are revising phrasal verbs. For the game you need a set of sentences (or phrases) that include the language you’re revising (guidance on how to choose your sentences will follow at the end). one of the sentences containing the target language.a sheet of paper ¼ the size of a sheet of A4.four small slips of paper (big enough to write a single sentence).a paperclip. Ask the students to write their sentence on one of the small slips of paper. Ask the students to attach their sentence to the back of the drawing (ensure your instructions are clear and demonstrate to make sure everyone follows). When students have finished their sentences they attach them to the back and pass the picture to the left. Like this: Like Loading...