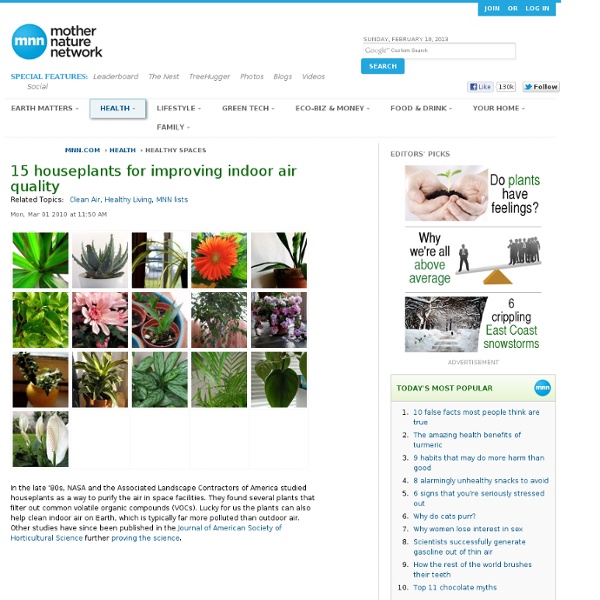 Meteorite older than Solar System Organic globules found in the Tagish Lake meteorite fragments may predate the solar system, according to a new U.S. study Credit: University of Calgary SYDNEY: A meteorite discovered in Canada may be older than the Solar System, according to a new U.S. study. Samples taken from the Tagish Lake meteorite, discovered in 2000, have revealed evidence of organic matter that predates our Sun and Solar System, according to the study, published in today’s edition of the U.S. journal Science. According to the researchers, the meteorite most likely originated at the outer regions of the Kuiper Belt or in the cold molecular cloud that gave birth to the Solar System. When analysing the meteorite, the team, led by Keiko Nakamura-Messenger, of the NASA/Johnson Space Center in Texas, discovered “globules” inside it consisting of simple organic compounds with carbon-rich outer layers.

Growing Industrial Hemp in Ontario Table of Contents Introduction Industrial hemp (Cannabis sativa) is one of the oldest cultivated plants in the world. For centuries, its fibres have been used to make ropes, sails and clothing. Next In Sustainable Living: Beer Bottle Houses As people move to more sustainable ways of living, some innovative architects have begun using recycled materials to create more environmentally-friendly habitats. Incredibly, beer bottles have become a primary means of this style of building, with far-ranging benefits including cheap construction, recycling and up-cycling, pollution reduction, natural solar power lighting, and natural insulation. The environment will definitely thank these clever builders for these eco-friendly beer bottle houses:

FOOD, LAND, POPULATION and the U.S. ECONOMY Why is the global economy constrained by the energy cost of energy? Executive Summary Released November 21, 1994 For copies of the full report contact: Carrying Capacity Network 2000 P Street, N.W., Suite 240 Washington, D.C. 20036 (202) 296-4548 ...love Maegan: Pretty Side French Braid low Updo Hair Tutorial Fashion+Home+Lifestyle Blog I wore a more relaxed version of this hair style in an outfit post in June of 2009 but for reasons unbeknownst to me, I never did a tutorial for it. Recently though, a few of my lovely readers have asked for it …so here it is. Enjoy!

NASA and NSF-Funded Research Finds First Potentially Habitable Exoplanet NASA and NSF-Funded Research Finds First Potentially Habitable Exoplanet A team of planet hunters from the University of California (UC) Santa Cruz, and the Carnegie Institution of Washington has announced the discovery of a planet with three times the mass of Earth orbiting a nearby star at a distance that places it squarely in the middle of the star's "habitable zone." This discovery was the result of more than a decade of observations using the W. M. Keck Observatory in Hawaii, one of the world's largest optical telescopes. The research, sponsored by NASA and the National Science Foundation, placed the planet in an area where liquid water could exist on the planet's surface.

DIY Aquaponics - Aquaponics made easy so you can do it yourself - Benefical Bacteria for the Growbed Bacteria play an important role the health and well being of your aquaponics system by removing the ammonia from the water. This is not a special or magical thing unique to aquaponics, filters in home aquariums as an example use the same families of bacteria to perform the necessary task of removing the ammonia in a very similar fashion. The Nitrogen Cycle When our fish excrete waste (we'll call it poo or poop from now on because we're all friends here) the fish poo contains a very high percentage of ammonia. Old Red Goes Green: Recycled Wall Brick Built to Save Water It might look like your typical old red clay house-building brick on one side, but turn it over and there is a shift that hints at a deeper design change – one that is eco-friendly but also expressive in a way that most walls or brick are not. Designed by Jin-young Yoon to be made from recycled plastic and decomposed leaves, this brick is green from the ground up (so to speak). More than just its composite materials, however, built-in grooves are designed to funnel water for gardening or even long-term underground storage. In a world where water is becoming the next hot-button resource destined to become scarce, it seems like a good time to start thinking about our most basic building materials and structures (such as bricks and walls) and see how they might shift to accommodate an ever-growing need for homes to have access to nature’s most vital resource.

Will there be farms in New York City's skyscrapers?" By 2050, it's estimated that 80 percent of the world's people will live in urban areas (currently, 60 percent do). The population will have increased to about 9.2 billion, much of it in the developing world [Source: New York Magazine]. Many experts contend that unless drastic measures are pursued, the world could face dramatic shortage in both food and arable land. Famine and ecological catastrophe are among the possible dire consequences.