15 Amazing Castles from Around the Globe. Although designed and built for the prominent purpose of defense, today the castles seem like somewhat unrealistic constructions straight from the fairytale world. 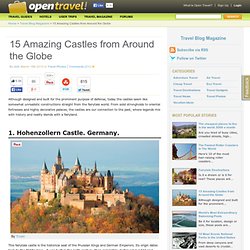 From solid strongholds to oriental fortresses and highly decorative palaces, the castles are our connection to the past, where legends mix with history and reality blends with a fairyland. This fairytale castle is the historical seat of the Prussian Kings and German Emperors. Its origin dates back to the Middle Ages - it was built in the 11th century, then completely destroyed in 1423 and reconstructed in 1461.

The view from the castle that stands on top of Mount Hohenzollern (855 m) is as stunning as the complex itself. The castle is located about 50 kilometers (30 mi) south of Stuttgart, the capital of the Baden-Württemberg state. Although it looks like a castle, Howard is actually a stately home - a private residence of the Howard family that has resided in the complex for more than 300 years. Burg Eltz castle. 5 Amazing Towns on Perilous Cliff Sides. Spot Cool Stuff loves a good cliff-side town. 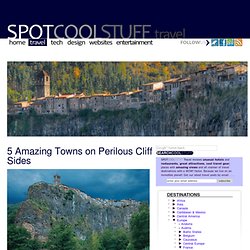 There’s something about them that’s romantic, daring and a little impossible. Here are five of our favorites places where no one with vertigo would want to live: Castellfollit de la Roca, Spain Castellfollit de la Roca, in the Catalonia region in the middle of Spain, has a doubly impressive location—this 1,000 person village is perched on a spit of land with cliffs on both sides. The village gets a steady flow of tourists during the day, which is exactly why you should spend the night here. LEARN MORE | READ | ShareThis. Get ready for ecosystem collapse in the years ahead. Eighth wonder of the world? The stunning temples secretly carved out below ground by 'paranormal' eccentric. Nestling in the foothills of the Alps in northern Italy, 30 miles from the ancient city of Turin, lies the valley of Valchiusella. 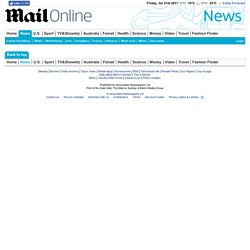 Peppered with medieval villages, the hillside scenery is certainly picturesque. But it is deep underground, buried into the ancient rock, that the region's greatest wonders are concealed. Scroll down for more... Here, 100ft down and hidden from public view, lies an astonishing secret - one that has drawn comparisons with the fabled city of Atlantis and has been dubbed 'the Eighth Wonder of the World' by the Italian government.

For weaving their way underneath the hillside are nine ornate temples, on five levels, whose scale and opulence take the breath away. Constructed like a three-dimensional book, narrating the history of humanity, they are linked by hundreds of metres of richly decorated tunnels and occupy almost 300,000 cubic feet - Big Ben is 15,000 cubic feet. Few have been granted permission to see these marvels. Puzzlewood-4. Survival Equipment and Supplies. List of "extremely desirable items" in the event of nearly any disaster. ~ Details Variations on a singular, fully-kitted-out wearable go bag. ~ Details Florida based, large range of survival supplies. ~ Details On December 21st, 2012 A.D. the Mayan calendar is going to end. 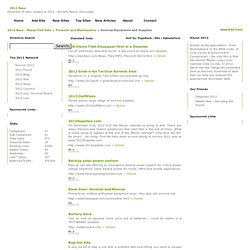 . ~ Details Easy to use site offering an emergency backup power system for critical power outage situations. . ~ Details Primarily an outdoor enthusiast equipment store, they also sell survival kits ~ Details Tips on how to squeeze more juice out of batteries - could be useful in a TEOTWAWKI situation A bug out kit or bag is one that is prefilled with everything you need to escape urgently. ~ Details Some products, like these pocket casts, are ideal for the first aid section of your go bag. ~ Details The EcoloBlue 30s Atmospheric Water Generator extracts humidity from air and turns it into 99.9% pure, delicious drinking water ~ Details Practical, reliable products that will help keep your family safe in uncertain times.

We're 99% certain this is the most beautiful footage of Earth's auroras yet recorded. 36 Jaw-Dropping Nature Photos. 10 Most Fascinating Holes on Earth. Great Blue Hole (Belize) Located in Belize's Barrier Reef Reserve System, the "Great Blue Hole" is about 60 miles away from Belize City and is believed to be the world's largest sea-hole. 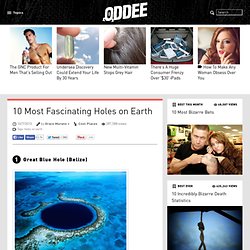 It's 125 meters deep and 300 meters wide. It was created as a cause of sea level increase about 65,000 years ago. Its almost perfect circular shape made it very popular among tourists who often visit this place, being the most attractive for scuba divers who are exploring its depths. Divers are also attracted with plenty of rare animal species and forms of life which can be found only in this place. Diavik Mine (Canada) The Diavik Diamond Mine is about 300 kilometers (186 miles) north of Yellowknife in Canada. Amazing Underwater River : Cenote Angelita in Mexico. Underwater River in Mexico If you are a professional diver you should visit Cenote Angelita Mexico. 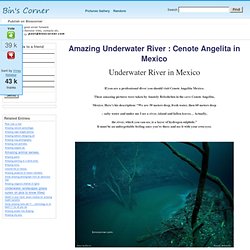 These amazing pictures were taken by Anatoly Beloshchin in the cave Cenote Angelita, Mexico. Here’s his description: “We are 30 meters deep, fresh water, then 60 meters deep – salty water and under me I see a river, island and fallen leaves… Actually,

Related:  15 Amazing Castles from Around the Globe   -  We're 99% certain this is the most beautiful footage of Earth's auroras yet recorded   -  36 Jaw-Dropping Nature Photos   -  Amazing Underwater River : Cenote Angelita in Mexico   -  Education   -  Enterprise