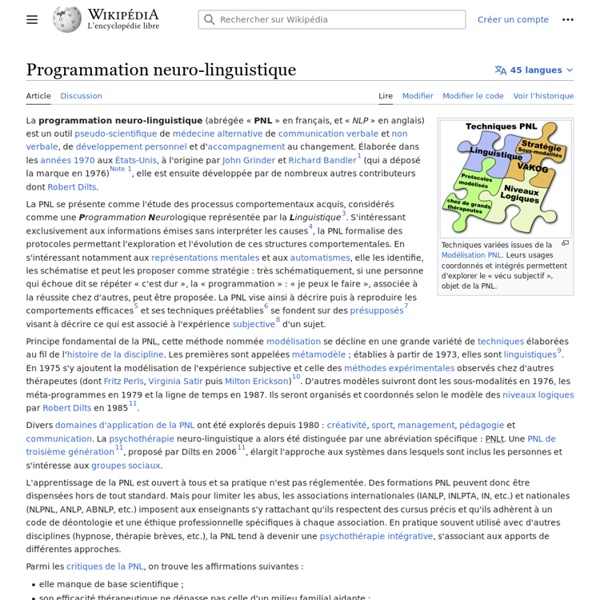 Artificial intelligence AI research is highly technical and specialized, and is deeply divided into subfields that often fail to communicate with each other.[5] Some of the division is due to social and cultural factors: subfields have grown up around particular institutions and the work of individual researchers. AI research is also divided by several technical issues. Some subfields focus on the solution of specific problems. Neurophilosophy Neurophilosophy or philosophy of neuroscience is the interdisciplinary study of neuroscience and philosophy. Work in this field is often separated into two distinct methods. The first method attempts to solve problems in philosophy of mind with empirical information from the neurosciences. The second method attempts to clarify neuroscientific results using the conceptual rigor and methods of philosophy of science.

The Mathematician's Glossary of Non-Mathematical Terms All right. After having done some heavy-duty math this semester, we have decided to slack off a bit for good and ponder on, hmm…a different kind of mathematics altogether. “What?”, you ask? Design Research Techniques Authour:Jen Recknagel Edited by Christine Keene Problem Contextualized information about how, when and why people act is needed to generate understanding of human need and to develop meaningful insights for innovation. Traditional observation and diary studies do not provide the same depth of contextual information or detail about purpose that is achieved through the shadowing method. Solution Shadowing provides a rich, comprehensive data set about the patterns of actions, interdependence and motivations of users. Novel Finding: Reading Literary Fiction Improves Empathy How important is reading fiction in socializing school children? Researchers at The New School in New York City have found evidence that literary fiction improves a reader’s capacity to understand what others are thinking and feeling. Emanuele Castano, a social psychologist, along with PhD candidate David Kidd conducted five studies in which they divided a varying number of participants (ranging from 86 to 356) and gave them different reading assignments: excerpts from genre (or popular) fiction, literary fiction, nonfiction or nothing. After they finished the excerpts the participants took a test that measured their ability to infer and understand other people’s thoughts and emotions. The researchers found, to their surprise, a significant difference between the literary- and genre-fiction readers. When study participants read non-fiction or nothing, their results were unimpressive.

Animation & Cartoons : Free Movies : Download & Streaming This collection contains short format cartoons and animation (full length animated movies can be found in the Feature Films section). by Internet Archive Watch classic animated cartoons from the 1930's and 1940's! These cartoons are from the Film Chest collection, a leading source of film and video programming and stock footage. Affinity diagram What is it? The Affinity Diagram is an interactive data collection method, which enables the identification and sorting of large quantities of ideas within a short time frame. Affinity means likeness or close relationship.

Worried Sick Something strange was happening in New Zealand. In the fall of 2007, pharmacies across the country had begun dispensing a new formulation of Eltroxin—the only thyroid hormone replacement drug approved and paid for by the government and used by tens of thousands of New Zealanders since 1973. Within months, reports of side effects began trickling in to the government’s health-care monitoring agency. These included known side effects of the drug, such as lethargy, joint pain, and depression, as well as symptoms not normally associated with the drug or disease, including eye pain, itching, and nausea. Then, the following summer, the floodgates opened: in the 18 months following the release of the new tablets, the rate of Eltroxin adverse event reporting rose nearly 2,000-fold.1 The strange thing was, the active ingredient in the drug, thyroxine, was exactly the same.

Ancient Resource: Ancient Roman Gambling Dice for Sale Dice such as these were carried all across the Roman Empire by traveling, marching legionnaires during the 1st to 3rd centuries AD. After a long, hard day of toil and misery soldiers would congregate rowdily around fires, and in taverns, drinking and playing games of chance with their dice. They are even referred to in the Bible: John 19:24 Then the soldiers when they crucified Jesus took His outer garments and they made four parts, a part to every soldier. Design Research Techniques Authours: Karl Schroeder & Robert Tilley Edited by Christine Keene Problem Goal-oriented foresight methodologies may declare targets that lie quite far in the future. For example: Reduction of global greenhouse gas emissions to 1990 levels by 2050Put astronauts on Mars by 2030 There is a disconnect between such long-range targets and immediate policy and business planning.

FOMO Addiction: The Fear of Missing Out As serendipity often strikes randomly, I was reading an article in The New York Times by Jenna Wortham the other day at the same time I was reading the chapter in Sherry Turkle’s new book, Alone Together about people who fear they are missing out. Teens and adults text while driving, because the possibility of a social connection is more important than their own lives (and the lives of others). They interrupt one call to take another, even when they don’t know who’s on the other line (but to be honest, we’ve been doing this for years before caller ID). They check their Twitter stream while on a date, because something more interesting or entertaining just might be happening.

Ludus Latrunculorum Checkersland is a free program that supports more than 30 kinds of checkers. A very strong artificial intelligence, good-looking interface and a lot of useful settings for playing hot-seat with another opponent or on your phone against the AI. Don't miss this game! Keywords:shashki, checkers, draughts, dama, damas, online, play, logic, brain games, free, single-player, two-player