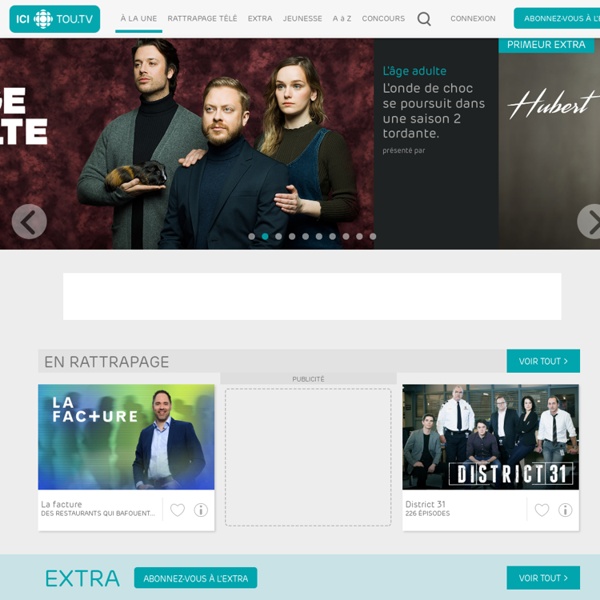 Teaching Foreign Languages K-12: A Library of Classroom Practices 1. Introduction to the Library This program provides an overview of the entire library, with suggestions for use in professional development settings. Go to this unit. 2. Standards and the Five Cs An introduction to and illustration of the National Standards for Foreign Language Learning, this program shows how teachers can use the standards to help their students advance in foreign language proficiency. (60 minutes) Go to this unit.

Barry Diller, IAC Launch Proust, A Social Network For Nostalgic Seniors Social networks are a dime a dozen these days--we have services for text-message sharing, photo sharing, location sharing, and more. But while social media sites typically go after a younger generation of early adopters, a new service out Tuesday is decidedly going after the opposite demographic. Today, Barry Diller's IAC unveiled Proust.com, a memory-sharing service targeting nostalgic seniors heading into their twilight years. The private social network, named for French novelist Marcel Proust, is modeled after the "Proust Questionnaire," and designed to help family members and close friends tell their life stories. Like many services launching recently, such as Percolate, Proust tries to solve the age-old issue of writing in the blank white box. That is, Proust helps facilitate content creation from its users by creating topic prompts based on the "Proust Questionnaire."

Top 10 Things That Determine Happiness photo: meddygarnet Happiness is, by nature, a subjective quality with a definition like a moving target. There is scant evidence — qualitative or quantitative — to lend convincing support to those life variables most critical in determining individual happiness, which is likely why past researchers committed to the scientific method rarely tried to tackle the subject. This is changing. Top 100 Movies of 2011 Rotten Tomatoes RT Login Log In Top Movies » Top 100 Movies of 2011

The 13 Best Youtube Channels to Learn French According to a study by PhD graduate Paul Sulzberger from Victoria University, listening to a language is one of the most efficient ways to learn it. To do that, you could listen to a podcast, watch French TV or watch French movies. Or you could go to Youtube and learn French with one of the Youtube channels I selected for you.

"Twitter Terrorists" Could Get 30 Years in Prison What might the 2011 version of Orson Welles's War of the World's radio broadcast look like using today's fastest method of information-sharing? Gerardo Buganza, the interior secretary for Veracruz state in Mexico, said it could very well be the "Twitter terrorism" caused by two people who allegedly spread false reports of gunmen attacking schools and kidnapping children. Those reports caused such panic when parents scrambled around the city to get to their children that there were dozens of car accidents and emergency phone lines were jammed.

Positive Psychology Questionnaires If you would like to recommend a questionnaire for this Web page, e-mail information in the format below to Peter Schulman. This page has information about the following questionnaires, some of which can be downloaded from this page. This list is not intended to be an endorsement of these questionnaires: Attributional Style Questionnaire (ASQ) Curiosity and Exploration Inventory (CEI-II) Gratitude Questionnaire - 6 (GQ-6) 25 Spectacular Movies You (Probably) Haven’t Seen Pt. 2 Human Traffic Very unique comedy about the drug/club culture in the UK. Five friends ponder society, drug use and their own lives as they go about their usual weekend of snorting, smoking, popping, dancing and sex. The Matador Pierce Brosnan plays an assassin going through a mid-life crisis as he approached retirement.

The Best French Movies to Improve Your Understanding Watching movies in their original format (without dubbing) has proven to be a remarkably fun and effective way to improve your foreign language skills. We’ve written before on the best movies to watch for learning Spanish. So many people requested a similar list for French that we decided to come up with our top 5 movies that will help you learn. Remember that, in principle, the most effective way is to: watch the movie a first time with English subtitleswatch it a second time (or more!)

Egyptian Activists to Use Bambuser to Monitor Elections No one can deny that services like Bambuser have played an important role in the Egyptian uprising, as tools used by citizen journalists and activists to broadcast scenes from the heart of Tahrir, and other cities around the country, as they are happening. Through the Sweden-based service, we have witnessed not only the brutal violence used to quash the protests, but have also watched as activists record their own arrests, unbeknownst to their captors. While YouTube has of course seen countless videos shared with the world, Bambuser’s live-streaming feature has ensured that protesters were, and still are, able to broadcast events as they occur. In fact, the use of Bambuser by activists led to the government temporarily blocking the service in Egypt. As protests around the country are raging on, with a global eye fixed firmly on Tahrir, where a second wave of protests are calling for an end to military rule in country, two of Bambuser’s co-founders are on their way to Cairo right now.

How To Make A Stylish Photo Frame For Several Photos Here is a simple yet stylish photo frame that can accomodate quite many photos at once. The idea is very simple. Fasten twines on the empty frame and hang photos using clothes pins on them. You can use a frame you bought or a frame you made by yourself. To make it you just need to find some wood strips, sand them, paint or stain them and fasten together with the staples and nails. 25 Spectacular Movies You (Probably) Haven’t Seen Midnight in Paris Woody Allen’s latest places starving writer Owen Wilson in Paris with his fiancée, Rachel McAdams. Searching for inspiration for his incomplete novel, Owen begins taking strolls around the city at night where he discovers an unexpected group of people.

The best resources and tools to Learn French On this page, you’ll find our list of online resources for learning French. The different sites are broken down into categories for easier browsing. Simply click on one of the main links (like “podcasts”) to view numerous resources. 50 Life Secrets and Tips Memorize something everyday.Not only will this leave your brain sharp and your memory functioning, you will also have a huge library of quotes to bust out at any moment. Poetry, sayings and philosophies are your best options.Constantly try to reduce your attachment to possessions.Those who are heavy-set with material desires will have a lot of trouble when their things are taken away from them or lost. Possessions do end up owning you, not the other way around. Become a person of minimal needs and you will be much more content.Develop an endless curiosity about this world.Become an explorer and view the world as your jungle. Stop and observe all of the little things as completely unique events.