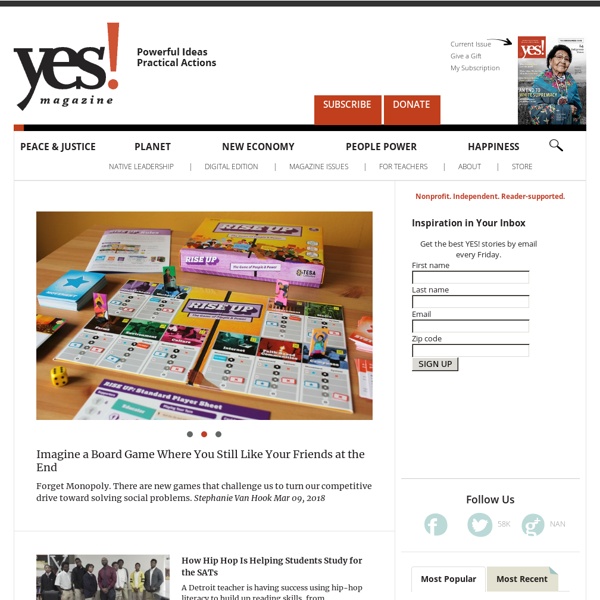 EARTHWORKS Earthworks' Mission Earthworks is a nonprofit organization dedicated to protecting communities and the environment from the adverse impacts of mineral and energy development while promoting sustainable solutions. Earthworks stands for clean air, water and land, healthy communities, and corporate accountability. We work for solutions that protect both the Earth’s resources and our communities. Greta Thunberg, the Fifteen-Year-Old Climate Activist Who Is Demanding a New Kind of Politics Sometimes the world makes so little sense that the only thing to do is engage in civil disobedience—even in a country as attached to its rules and regulations as Sweden is. Fifteen-year-old Greta Thunberg has been protesting for more than a month. Before the country’s parliamentary election on September 9th, she went on strike and sat on the steps of the parliament building, in Stockholm, every day during school hours for three weeks. Since the election, she has returned to school for four days a week; she now spends her Fridays on the steps of parliament. She is demanding that the government undertake a radical response to climate change. She told me that a number of members of parliament have come out to the steps to express support for her position, although every one of them has said that she should really be at school.

Obstacles to the Good Society by Alton C. Thompson / April 18th, 2011 My focus here is on the obstacles—claimed and actual—that stand in the way of achieving the Good Society. American Academy of Pediatrics Cuts Ties with Monsanto Months ago Mamavation learned that the American Academy of Pediatrics was in a sponsorship relationship with Monsanto, a chemical company and makers of DDT, PCBs, Agent Orange, glyphosate & GMOs. In fact, Monsanto has been deemed the 3rd most hated company in the United States by the Harris Poll this year measuring “reputation quotient” which basically means how people feel about them. Baffled by this relationship, Mamavation founder Leah Segedie contacted the AAP through a close friend and colleague and was put in touch with their Public Affairs team. “I was completely shocked that the American Academy of Pediatrics, an organization that moms put their trust in at some of the most vulnerable times in their lives was associating with a company that didn’t elicit trust at all.

Jeremy Corbyn appoints Labour’s first shadow minister for climate justice Jeremy Corbyn has created a new role on Labour’s front bench, appointing a shadow minister for climate justice to liaise with young popular movements such as Extinction Rebellion. The move comes after the UK parliament became the first in the world to declare an “environment and climate emergency” – a symbolic motion recognising the need to combat the climate crisis. Earlier this year, Mr Corbyn and government ministers also met with the 16-year-old climate activist Greta Thunberg and at the time he pledged to continue “conversations with youth climate strikers”.

Kubatana.net speaks out from Zimbabwe Change starts with us. Right? Posted on February 11th, 2014 by Bev Clark. Filed in Uncategorized, Zimbabwe Blog. Alternative media Because the term "alternative" has connotations of self-marginalization, some media outlets now prefer the term "independent" over "alternative". Several different categories of media may fall under the heading of alternative media. These include, but are not limited to, radical media, dissident and social movement media, ethnic/racial media, indigenous media, community media, subcultural media, student media, and avant-garde media. Each of these categories highlights the perceived shortcomings of dominant media to serve particular audiences, aims and interests, and attempts to overcome these shortcomings through their own media. Definition[edit]