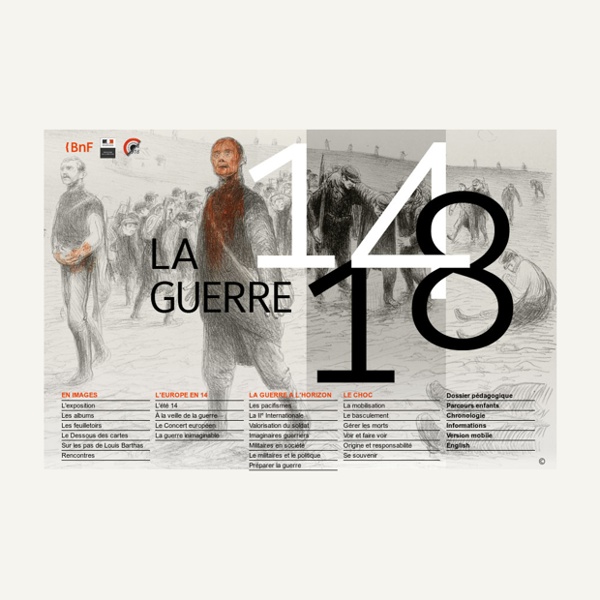 World War I (1914–1919): Overview World War I took place between 1914 and 1918. Although the conflict began in Europe, it ultimately involved countries as far away as the United States and Japan. At the time, the English-speaking world knew it as the “Great War”—the term “World War I” was applied decades later. Historians still actively disagree over the fundamental causes of the war.

Sassoon Journals Diaries and journals can be among the most intimate and revealing of texts, offering accounts of their authors' lives with minimal literary artifice or mediation. Considered as physical objects, too, they accrue the fascination of having travelled with the writer through the events described in their pages. The notebooks kept by the soldier-poet Siegfried Sassoon (1886-1967) during his service in the British Army in the First World War are among the most remarkable documents of their kind, and provide an extraordinary insight into his participation in one of the defining conflicts of European history. Cambridge University Library holds the world's richest assemblage of Sassoon's manuscripts and archival papers. Accumulated from various sources over the course of several decades, the collection was magnificently augmented in 2009 with the acquisition of the papers formerly retained in the possession of Sassoon's only child, George.

First World War internment camps a dark chapter in Canadian history Though the main battles of the First World War were fought across the ocean, back in Canada, there were prisoners and casualties of another kind. In 1914, immigrants from Austria-Hungary, Germany and the other Central Powers were rounded up and locked away in internment camps. More than 8,000 people who considered themselves Canadian were imprisoned for being “enemy aliens.”

BBC Schools - Life in the trenches 31 October 2014Last updated at 15:07 Two British soldiers standing in a flooded communication trench during World War One On the Western Front, the war was fought in trenches. Causes of World War I Germany, France, Russia, Austria-Hungary, and Britain attempting to keep the lid on the simmering cauldron of imperialist and nationalist tensions in the Balkans to prevent a general European war. They were successful in 1912 and 1913, but did not succeed in 1914. The crisis came after a long and difficult series of diplomatic clashes between the Great Powers (Italy, France, Germany, Britain, Austria-Hungary and Russia) over European and colonial issues in the decade before 1914 that had left tensions high. In turn these diplomatic clashes can be traced to changes in the balance of power in Europe since 1867.[2] The more immediate cause for the war was tensions over territory in the Balkans.

In the trenches of 1914-1918 What were the trenches? Although most of us think primarily of the Great War in terms of life and death in the trenches, only a relatively small proportion of the army actually served there. The trenches were the front lines, the most dangerous places. But behind them was a mass of supply lines, training establishments, stores, workshops, headquarters and all the other elements of the 1914-1918 system of war, in which the majority of troops were employed.

Life in the Trenches Life in the trenches during the First World War took many forms, and varied widely from sector to sector and from front to front. Undoubtedly, it was entirely unexpected for those eager thousands who signed up for war in August 1914. A War of Movement? The Causes and Effects That Led to World War I Sep 22, 2014 100 summers ago the countries of Europe collapsed quickly into war: it was sudden but also strangely inevitable. Countless books have been written since about the causes of The Great War, but in this video essay, delve.tv offers an alternative history. By tracing the story backwards in time, they stumble upon a very unexpected cause and discover that sometimes the most harmless of things can have terrible consequences. World War One - What is a Trench? Trench warfare characterised much of the fighting during World War One, particularly along the Western Front. Trench systems were complicated with many interlinking lines of trenches. Front Line Trench Cross Section