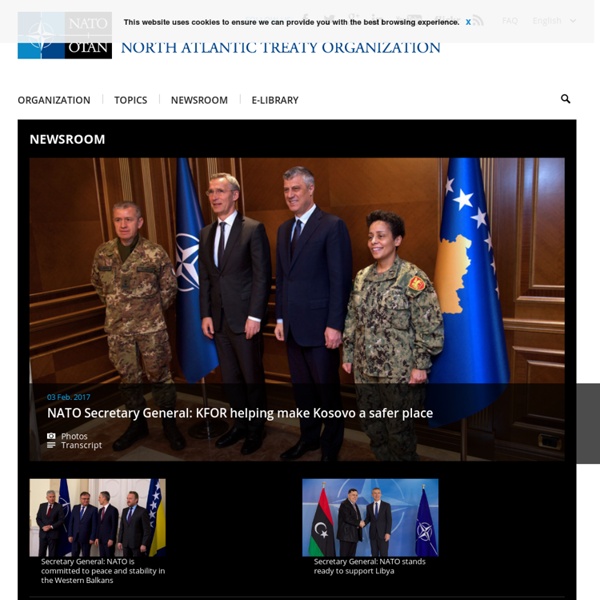 The EU in brief The European Union is a unique economic and political union between 28 European countries that together cover much of the continent. The EU was created in the aftermath of the Second World War. The first steps were to foster economic cooperation: the idea being that countries that trade with one another become economically interdependent and so more likely to avoid conflict. The result was the European Economic Community (EEC), created in 1958, and initially increasing economic cooperation between six countries: Belgium, Germany, France, Italy, Luxembourg and the Netherlands. From economic to political union What began as a purely economic union has evolved into an organization spanning policy areas, from climate, environment and health to external relations and security, justice and migration. The EU is based on the rule of law: everything it does is founded on treaties, voluntarily and democratically agreed by its member countries. Mobility, growth, stability and a single currency

Dacians - Wikipedia Indo-European people The Dacians (; Latin: Daci; Greek: Δάκοι, Δάοι, Δάκαι[3]) were a Thracian[4][5][6] people who were the ancient inhabitants of the cultural region of Dacia, located in the area near the Carpathian Mountains and west of the Black Sea. This area includes mainly the present-day countries of Romania and Moldova, as well as parts of Ukraine,[7] Eastern Serbia, Northern Bulgaria, Slovakia, Hungary and Southern Poland.[7] The Dacians spoke the Dacian language, a sub-group of Thracian, but were somewhat culturally influenced by the neighbouring Scythians and by the Celtic invaders of the 4th century BC. Name and etymology[edit] Name[edit] By contrast, the name of Dacians, whatever the origin of the name, was used by the more western tribes who adjoined the Pannonians and therefore first became known to the Romans. The ethnographic name Daci is found under various forms within ancient sources. Etymology[edit] The name Daci, or "Dacians" is a collective ethnonym. Tribes[edit]

How the EU works: a video guide BBC Europe correspondent Matthew Price has been exploring the corridors of power in Brussels, and here he explains what each EU institution does. Come on a video tour with him. European Commission There are 28 EU commissioners - one from each member state - and each one focuses on a policy area, for example justice and home affairs, or the EU internal market. The Commission's job is to draft EU laws and act as "guardian of the treaties". It enforces EU rules, and if a member state delays enacting an agreed policy, or simply refuses to comply, then the Commission will warn them and if necessary pursue them at the EU Court of Justice. New EU laws, or revisions to existing ones, come about usually after requests from governments, Euro MPs or lobby groups. The Commission has a staff of about 33,000. Council of Ministers Usually this institution is simply called "the Council". But for taxation or foreign policy issues, such as trade agreements or sanctions, unanimity is required.

Portal:Religion - Wikipedia Different religions may or may not contain various elements ranging from the divine, sacred things, faith, a supernatural being or supernatural beings or "some sort of ultimacy and transcendence that will provide norms and power for the rest of life". Religious practices may include rituals, sermons, commemoration or veneration (of deities and/or saints), sacrifices, festivals, feasts, trances, initiations, funerary services, matrimonial services, meditation, prayer, music, art, dance, public service, or other aspects of human culture. Religions have sacred histories and narratives, which may be preserved in sacred scriptures, and symbols and holy places, that aim mostly to give a meaning to life. Religions may contain symbolic stories, which are sometimes said by followers to be true, that may also attempt to explain the origin of life, the universe, and other phenomena. Traditionally, faith, in addition to reason, has been considered a source of religious beliefs.

European Parliament The European Parliament is the EU's law-making body. It is directly elected by EU voters every 5 years. The last elections were in May 2014. What does the Parliament do? The Parliament has 3 main roles: Legislative Passing EU laws, together with the Council of the EU, based on European Commission proposals Deciding on international agreements Deciding on enlargements Reviewing the Commission's work programme and asking it to propose legislation Supervisory Democratic scrutiny of all EU institutions Electing the Commission President and approving the Commission as a body. Budgetary Establishing the EU budget, together with the Council Approving the EU's long-term budget, the "Multiannual Financial Framework" More infographics Composition The number of MEPs for each country is roughly proportionate to its population, but this is by degressive proportionality: no country can have fewer than 6 or more than 96 MEPs and the total number cannot exceed 751 (750 plus the President).

Theology - Wikipedia Study of the nature of deities and religious beliefs Theologians use various forms of analysis and argument (experiential, philosophical, ethnographic, historical, and others) to help understand, explain, test, critique, defend or promote any myriad of religious topics. As in philosophy of ethics and case law, arguments often assume the existence of previously resolved questions, and develop by making analogies from them to draw new inferences in new situations. The study of theology may help a theologian more deeply understand their own religious tradition,[2] another religious tradition,[3] or it may enable them to explore the nature of divinity without reference to any specific tradition. Etymology[edit] Classical philosophy[edit] Drawing on Greek Stoic sources, Latin writer Varro distinguished three forms of such discourse:[14] Later usage[edit] Theology can also be used in a derived sense to mean "a system of theoretical principles; an (impractical or rigid) ideology In religion[edit] A.

What has the European Union ever done for us? | UK Politics Britain's turbulent relationship with the European Union is coming to an end, after the UK opted for Brexit in the EU referendum. David Cameron is resigning after failing to convince the public - and his own MPs - that he gained significant ground in his attempts to renegotiate the terms of Britain’s EU membership. But although the UK and EU have had their ups and downs, there are a number of things the Union has done which some may feel could be worth holding on to. 1) It gives you freedom to live, work and retire anywhere in Europe As a member of the EU, UK citizens benefit from freedom of movement across the continent. A British person to has the right to stay in any other EU country providing they have a valid UK passport. The only requirement is that they register in the host country, have enough money to sustain themselves and have comprehensive health insurance. 2) It sustains millions of jobs Should the UK remain member, that figure is forecast to rise by as much as 790,000 by 2030.

School:Theology Art and Design · Classics · Mythology · Law · Language and Literature · Music and Dance · Philosophy · Theology WELCOME TO THE SCHOOL OFTheologyPART OF THE FACULTY FOR HUMANITIES. The School of Theology is devoted to study of religion, spirituality, and deities. Within this school can be distinguished from the Division of Religious studies. So, whether you are interested in Bahá'í, Islam, Buddhism, Christianity, Urantia or any other doctrinal foundation, Wikiversity is your soundboard and learning environment to find others who think and believe as you do. At Wikiversity, a school is a large organizational structure which can contain various departments and divisions. Structure[edit] Divisions and Departments of the School of Theology exist on pages in "topic" namespace. The divisions are listed in alphabetical order; not order of preference. Faculty of dominant religions[edit] Note: These are religions that have historically dominated, and do currently dominate cultures and nations.

Eschatology - Wikipedia Eschatology i/ˌɛskəˈtɒlədʒi/ is a part of theology concerned with the final events of history, or the ultimate destiny of humanity. This concept is commonly referred to as the "end of the world" or "end time". The word arises from the Greek ἔσχατος eschatos meaning "last" and -logy meaning "the study of", first used in English around 1844.[1] The Oxford English Dictionary defines eschatology as "The part of theology concerned with death, judgment, and the final destiny of the soul and of humankind In the context of mysticism, the phrase refers metaphorically to the end of ordinary reality and reunion with the Divine. History is often divided into "ages" (aeons), which are time periods each with certain commonalities. Most modern eschatology and apocalypticism, both religious and secular, involve the violent disruption or destruction of the world; whereas Christian and Jewish eschatologies view the end times as the consummation or perfection of God's creation of the world. Bahá'í[edit]