An Insurance Company For Your Car And More 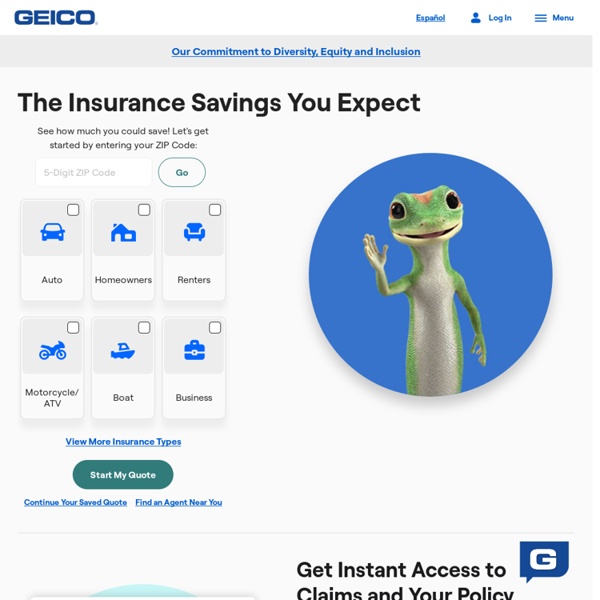 Car Insurance Quotes - Auto Insurance Car insurance quotes from a trusted company Over 20 million drivers countrywide trust Progressive for their auto insurance. Why? It could be the wide variety of savings we offer. Strand 3: Article 11a: How to Invest 13 Steps to Investing Foolishly You may not realize it yet, but you are staring at a ticket to financial independence. That's right; this little guide is your one-way pass to the financial future of your dreams. Lemon Law Directory by AUTOPEDIA® - The AUTOmotive encycloPEDIA - Lemon Law Information for Consumer Assistance, includes Attorney General Offices for all 50 States and Lemon Law Attorneys Directory Lemon Law Information and Sites Monday, February 05, 2018 Welcome to one of the oldest and most trusted Lemon Law information sites on the Internet with complete coverage of all Lemon Law Statutes in all 50 states and the District of Columbia. There are essentially three sets of laws that apply to defective vehicles and products in the United States. 1. The Magnuson-Moss Warranty Act is a Federal Law that protects the buyer of any product that costs more than $25 and comes with an express written warranty.

Strand 3: Article 5: Start Investing Today: An Amazing Comparison of 25 vs 35 Year Old Starters When I was in my late teens, my father shared with me some retirement savings advice that was so compelling that I said, “I need to start investing today!” and I while I didn’t really know how to start investing, I did some basic research with “Value Line”, sought out an actual broker (this was before you could invest online) and bought my first stock (Philip Morris if you can believe it). What he said sounded too good to be true, and counter intuitive, for a highschooler who had been well-versed in math and calculus, but completely naive to real world investing and financial modeling.

Strand 2: Article 4: Worst Jobs for the Future 2017 Total number of jobs: 56,514 Projected job growth, 2016-2026: 1.5% Median annual salary: $20,500 Typical education: Bachelor's degree Strand 1: Article 6: Harvard Business School Goal Story From the book What they don’t teach you at Harvard Business School by Mark McCormack: In the book What They Don't Teach You in the Harvard Business School, Mark McCormack tells a study conducted on students in the 1979 Harvard MBA program. In that year, the students were asked, "Have you set clear, written goals for your future and made plans to accomplish them?" Only three percent of the graduates had written goals and plans; 13 percent had goals, but they were not in writing; and a whopping 84 percent had no specific goals at all. Ten years later, the members of the class were interviewed again, and the findings, while somewhat predictable, were nonetheless astonishing.

STRAND 4: ARTICLE 3B: Is it Better to Buy a New Car or Used Car? What's the Cost? Once you have an idea of the kind of car you want and roughly how much you’re looking to spend, the next question might be: new or used? A used car will often cost less than a new one. But a new car may be more reliable and have fewer unexpected repairs that can impact your schedule and budget. STRAND 4: STANDARD 2: ARTICLE 1: The Loophole That Lets Debt Collectors Come After You Again & Again & Again... It's a tricky practice from inside an industry that often mystifies consumers. Consumer groups have called it "debt laundering." Debt collectors call it "withdrawal." The strategy is simple, but troubling: If at first you don't succeed at collecting on a debt, try, try again – by sending it to a different collector. The Fair Debt Collections Practices Act gives consumers explicit rights when contacted by a firm which claims a debt is owed – consumers can file a dispute, demand evidence the debt is legitimate and require the collector cease contact.

STANDARD 4: STRAND 2: ARTICLE 2: Payday Loans and the Perils of Borrowing Fast Cash - KWHS U.S. voters have spoken – and not just for the next president. They are also in favor of cracking down on what some consider predatory lending, particularly in the form of payday loans. During November’s election, South Dakotans voted to cap interest rates on short-term loans at 35%. With that vote, South Dakota joins 18 other states and the District of Columbia in capping the amount of interest lenders can charge on payday loans. Payday loans are small loans that allow you to borrow against a future paycheck.

STRAND 4: STANDARD 4: ARTICLE 1: Fraud Worries: Debit vs. Credit Cards - Total Return - WSJ Finding fraudulent purchases on your credit-card account is bad enough. Having a thief gain access to your bank balance is much worse. Criminals are stealing card data from U.S. automated teller machines at the highest rate in two decades, preying on ATMs while merchants crack down on fraud at the checkout counter. Meanwhile, the risk of unauthorized bank withdrawals is weighing on consumers deciding whether to make purchases with debit cards, which are connected to a bank account, versus credit cards, for which accountholders get a bill to pay later. If fraudulent transactions are made on your credit-card account, there is no immediate financial hit while you straighten things out, notes Greg McBride, chief financial analyst at website Bankrate.com. By contrast, if a thief is able to withdraw dollars from your bank account, “the horse is out of the barn,” he says.