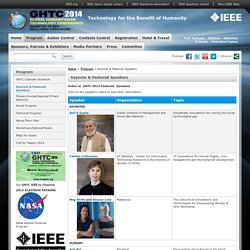 Anh Bui Director, Product Strategy for Global Literacy, Benetech Title: Empowering Good People to Do Good: Unlocking Tech-For-Good Innovation Abstract: Standard for-profit approaches do not typically address the needs of disadvantaged populations because they don’t represent a big enough market—or because the risk profile makes them an unattractive investment based on the expected returns. Bio: Anh Bui is Director of Product Strategy at Benetech, where she leads the development and implementation of overall product strategy in Benetech’s Global Literacy Program. Anil Gupta Indian Institute of Management and Honey Bee Network Title: Empathetic innovations for closing the social technological gap I will include reference to innovations by children, tech youth, common people and other individuals in creating a truly national and international inclusive innovation eco-systems. 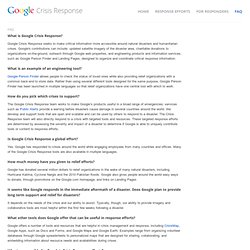 Google Crisis Response seeks to make critical information more accessible around natural disasters and humanitarian crises. Google's contributions can include: updated satellite imagery of the disaster area, charitable donations to organizations on-the-ground, outreach through Google web properties, and engineering products and information services, such as Google Person Finder and Landing Pages, designed to organize and coordinate critical response information. What is an example of an engineering tool?

Google Person Finder allows people to check the status of loved ones while also providing relief organizations with a common back-end to store data. Rather than using several different tools designed for the same purpose, Google Person Finder has been launched in multiple languages so that relief organizations have one central tool with which to work. How do you pick which crises to support? Is Google Crisis Response a global effort? Yes. Women Techmakers — Engineering the Future. About – Solve for X. Submitted: 2.1.2012 Viewed: 215'563 Solve For X is a place to hear about and discuss radical technology ideas for solving global problems. 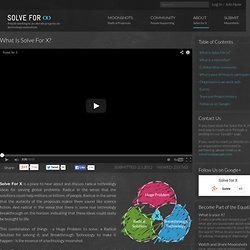 Solve For X is intended to be a forum to encourage and amplify technology-based moonshot thinking and teamwork. Executive Staff. We should not view women’s issues in isolation: Thoraya Obaid. Thoraya Obaid, one of the 30 women appointed to the Shoura Council, makes a point during her interview with Saudi Gazette. — SG photo by Amer Hilabi Laura BashraheelSaudi Gazette JEDDAH – Thoraya Obaid is the perfect example of a woman who has led by example. 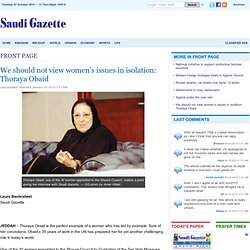 Sure of her convictions, Obaid’s 35 years of work in the UN has prepared her for yet another challenging role in today’s world. One of the 30 women appointed to the Shoura Council by Custodian of the Two Holy Mosques King Abdullah, Obaid brings a personal dynamism to her new role. It is her long experience in the United Nations that puts her in a position to support communities and to work with people — especially women and youth — to achieve social justice. King Abdullah, then Crown Prince, nominated her for the key post, as Executive Director, for the UN Population Fund, and it is his visionary push for reforms that has led to this gradual change in societal roles. 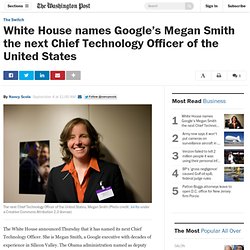 She is Megan Smith, a Google executive with decades of experience in Silicon Valley. The Obama administration named as deputy U.S. CTO, Alexander Macgillivray, a former Twitter lawyer known as a staunch defender of the free flow of information online. New U.S. Game designer, author, future forecaster, PhD. Jane McGonigal - Leigh Bureau. More than 174 million Americans are gamers, and the average young person in the United States will spend ten thousand hours gaming by the age of 21. 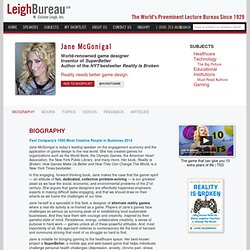 According to world-renowned game designer Jane McGonigal, the reason for this mass exodus to virtual worlds is that videogames are increasingly fulfilling genuine human needs. In this groundbreaking exploration of the power and future of gaming, McGonigal reveals how we can use the lessons of game design to fix what is wrong with the real world. Drawing on positive psychology, cognitive science and sociology, Reality is Broken uncovers how game designers have hit on core truths about what makes us happy, and utilized these discoveries to astonishing effect in virtual environments. Videogames consistently provide the exhilarating rewards, stimulating challenges and epic victories that are so often lacking in the real world.