Architonic >> Products, Materials and Concepts in Architecture a 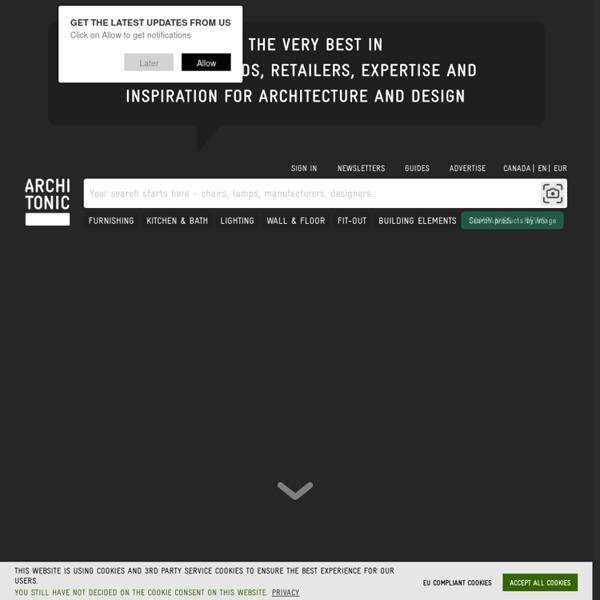 Worldarchitecturenews This exquisite market hall in Ghent, Belgium is the work of a partnership between Robbrecht en Daem Architecten and Marie-Jose Van Hee Architecten. The barbed structure spikes across a 24,000 sq m site formerly home to a desolate parking lot in the centre of Ghent, commanding the space between the spires of St Nicholas Church, the Belfry and a Cathedral. Designed to encourage local residents to convene in the market square for social gatherings and public events, the pavilion above ground marks the location of the brasserie, bicycle park and public toilets below ground, accessible through a new lower ‘green’. The market hall above hosts a plethora of events and the official opening saw hundreds cram underneath its up-lit folds. Breathtaking images of the recently-completed structure have been storming the internet and the responses from locals and architecture enthusiasts have been mixed. K.G. wrote to online portal Dezeen: "I live only 200m away from this building.

archidose A couple weeks ago I featured The Boxwood Winery by Hugh Newell Jacobsen on my weekly page, the fifth of such a building type that I've featured. Boxwood and thefourotherprojects are a varied mix that illustrates the relative freedom given architects for a fairly new building type that sits somewhere between the pastoral and the commercial. The Novelty Hill-Januik Winery in Woodinville, Washington by Seattle's Mithun is another notable winery that balances building and landscape to "celebrate wine's agrarian roots." Ramus M1 Table/Desk by Design Studio Il Hoon Roh Ramus, latin for 'tree branch', combines the strengths of carbon fibre with the structural advantages that can be found in the branch of a tree. (Click the images below for full sized images) The Ramus M1 is a desk with a transparent glass top and a supporting structure underneath with tree-like limbs that support the top. Designer Il Hoon Roh claims the bifurcating structure maximises the table's structural capacity and strength. It's the latest development and creation in the designer's long-term study of efficient forms found in nature, a passion to design works with an architectural concept and "a natural method" that maximises a material's potential.

Dezeen UK designers David Ben Grünberg and Daniel Woolfson have devised a concept for a shape-shifting house that morphs to deal with changing times of day, seasons and weather conditions (+ movie). Woolfson and Grünberg launched The D*Haus Company to develop the concept for the experimental house, which would fold into different configurations so that it can take on up to eight different shapes. The house was first conceived as part of Grünberg's graduation project. "It was originally devised as a home for Lapland to deal with extreme temperatures," Woolfson told Dezeen. "Not many people know it, but they have warm summers and also really cold winters."

Dow Jones Architects — Prospect House © David Grandorge . Published on March 27, 2013. Prospect House is located on Sion Hill, overlooking Bath. The house faces south and is built into a steeply sloping site with amazing views. It was built in the mid 1980s and conformed to the genre of houses built in Bath at that time: reconstituted Bath stone blockwork walls, a concrete tiled roof with big eaves overhangs, Proprietary softwood windows, and was trapped stylistically somewhere between volume house building and a nod to Frank Lloyd Wright. archdaily The design of the new Swiss Embassy in Yaoundé, designed by Matteo Cainer Architects, pays tribute to its renewed presence in the Cameroon and a respect for the uniqueness of the site. The resulting proposal is an elegant ensemble that encapsulates the identity and self-image of the Swiss people and their values. The calm external simplicity of the proposal conceals an inner complexity while achieving a sustainable design, which was another key in the process. More images and architects’ description after the break. The core concepts that guide this proposal are an expression of Swiss traditional know-how, and an understanding of what the Embassy can represent and achieve. The qualities of a Swiss timepiece offer an interesting metaphor for a building with a complex and symbolic role.

Labt Marc Supply & Anneli Lahtua The vmm Bank was originally designed for the waiting area in the main building of the Flemish Environment Company (FEC) in Erembodegem. Given the client, it obviously satisfied a range of strict ecological requirements, even back then. admnetwork Mont de Marsan Mediatheque, Mont de Marsan (France), 2012 Project by archi5 A covered cultural square, a place of discovery, gatherings and exchanges. The Media Library is a strong cultural symbol for the Marsan urban area. Interior Design Ideas Small Open Plan Home Interiors With a small space, using every inch is essential. These designs use an open floor plan to their advantage with beautiful results....

mocoloco A little wild: 25hours Bikini Berlin Hotel by Studio Aisslinger is 149 rooms of seamless urban jungle theme: eclectically furnished public spaces bursting with plants; each room's decor keyed to the view, warm and natural for the side overlooking the elephants and monkeys in the Berlin Zoo, harder-edged when facing the West Berlin cityscape. (Click the images below for full sized images) Details: Just opened in the historic Bikini-Haus building, the seventh in the 25hours designer hotel group. Architectural features of the natural-meets-urban theme include a rooftop restaurant in a greenhouse with a 360° view. Spaces include the Working Lab, Bikini Island, the Monkey Bar and a DJ corner.

designvagabond I think the craftsmanship and intricate weaving of these vessels by Crafted Systems are just lovely. The silhouettes are contemporary whilst the woven origami-like construction recalls a more traditional time. A beautiful description of their work:"In today's society we have become distant from handwork.