10 Skills Every Survivalist Should Learn 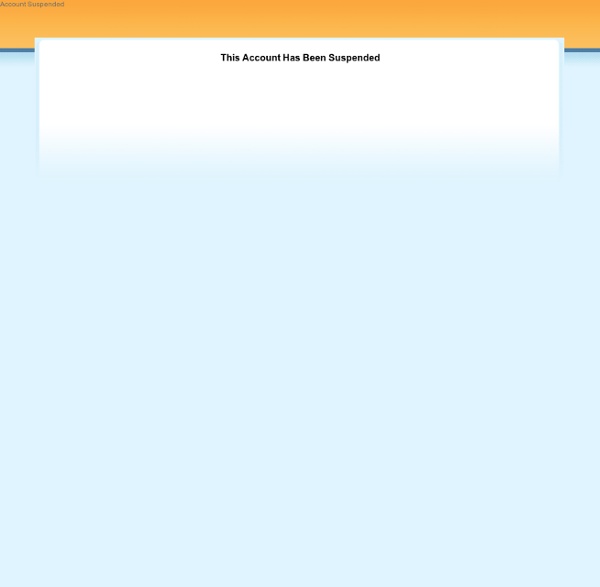 A lot of people who are just getting into survivalism, whether they’re the Average Joe putting back extra groceries or a someone who just become interested in a self reliant lifestyle. A lot of these people believe that all you need to make it is an AR-15, 10,000 rounds of ammo and a bunker full of food. Nothing could be more from the truth! If you’re looking to move into rural America or you planning on staying put where you are in the suburbs, there are a few skills that will become very helpful to you should the SHTF. These skills can be learned rather easily and may provide beneficial to you beyond your dreams. Some can be learned by reading a book or watching a video while others will require you attending a few classes at your local community college.

"Rio’s Unsustainable Nonsense" by Jagdish Bhagwati Exit from comment view mode. Click to hide this space NEW YORK – If George Orwell were alive today, he would be irritated, and then shocked, by the cynical way in which every lobby with an axe to grind and money to burn has hitched its wagon to the alluring phrase “sustainable development.” In fact, the United Nations’ Rio+20 Conference on Sustainable Development is about pet projects of all and sundry – many of them tangential to the major environmental issues, such as climate change, that were the principal legacy of the original Rio Earth Summit. Thus, the International Labor Organization and trade-union lobbies have managed to insert “Decent Jobs” into the seven priority areas at the Rio conference.

100 Items to Disappear First 100 Items to Disappear First 1. Generators (Good ones cost dearly. Gas storage, risky. Noisy...target of thieves; maintenance etc.) 2. Water Filters/Purifiers 3. Portable Toilets 4. Vanishing Point: How to disappear in America without a trace Where there's water, life is possible. True, it may be very difficult and very hard to live, depending, but anyone who's driven, hiked, or camped in the American South West will have noticed that cities and ranches crop up where there's surface water or where there's been a well dug. Within the state of California, Nevada, Arizona, Utah, New Mexico, and Colorado, there are deserts, mesas, mountains, and forests where normally people never or rarely visit; not-so-secret places where there's water, access to a road within a day's hike, and where a fairly rugged individual may hide while remaining basically healthy, marginally well fed, and reasonably sane. In this section I'll look at two such environments, neither of which I would recommend, but one of which I'd suggest is a reasonable way to live in basic health while either on the run, hiding out from the law, old girl friends, the draft for an illegal war, putative wives and such.

The 12 Rules of Survival The 12 Rules of Survival has been out of a couple of years now, but it never hurts to reread them. Read the whole book “ Deep Survival: Who Lives, Who Dies, and Why ” if you get an opportunity! Also, check out his new book “Lucy” at www.laurencegonzales.com ! By Laurence Gonzales Dancing on the Sand - By Bruce Jones At 4:00 a.m. on Tuesday morning, 1,000 or so advanced delegates at Rio+20 (formally, the United Nations Conference on Sustainable Development) laid down their pens and shut off their laptops. At noon, Brazil's worldly foreign minister, Antonio Patriota, gaveled through the Outcome Document from the chair. And by mid-afternoon, Rio was full of a sound to which that joyous city is unaccustomed: the collective moan of 40,000 environmentalists disappointed about the results.

Survive Nature - Techniques for Surviving in every Natural Environment When you find yourself lost in the forest, you should be alert to the fact that there are predators and they are dangerous. Try to fashion a spear or knife out of branches to use as protection. Among the many predators to watch out for, bears are the most dangerous (especially Grizzlies): The Fantastic Four ? 4 Essential Wild Edible Plants that May Just Save Your Life Did you realize that knowing just 4 wild edible plants could one day save your life? If there were any four categories of plants that I would recommend all people to know how to use and identify it would be these: Grass, Oak, Pine, and Cattail. For the knowledgeable survivor, knowing just these four plants can make the difference between life and death if stranded in the wilds – for each one is an excellent food source which can sustain you until help arrives. Throughout this week and part of the next, I’ll be going into details on how you can prepare and eat these plants. For now though, here’s a quick overview into what they have to offer: Grass

Edging Toward Collapse: Masters of the Earth (Infographic) In 1972 the authors of Limits to Growth predicted the global economy would collapse by 2030. They warned the continued growth of population and the economy would be unsustainable. Government and industry leaders did not listen and did not act. The infographic below, from OnlineMastersDegree.com is a visual reminder of the consequences. The total of humans on the planet increases by 200,000 births every day.

9 Steps To Starting A Survival Garden In a time of economic uncertainty and rising food prices, it it always a good idea to have a garden to provide extra food for you and your family. Besides providing a source of food in an emergency, a garden is also a great source of wonderful vegetables which are MUCH healthier to eat than most of the food you can get at the supermarket. So how do you begin? The following are 9 steps that you can take to get your garden started..... #1) Decide What Your Goals Are - Do you want to grow enough just to add a few vegetables to your dinner once in a while?

Don't Sweat the Bond Markets The ongoing eurozone debacle has driven home certain straightforward lessons: the fiscal rules enshrined in the EU's 1997 Stability and Growth Pact had almost no teeth, government bonds of EU nations are not a risk-free asset, and voters do not readily tolerate economic austerity. Beyond these, however, the last few years have also contained subtle lessons about the relationship between governments and capital markets. More specifically, they have shown that our understanding of the pressures that private capital markets place on governments is incomplete. Although holders of government debt certainly would react markedly to a change in the membership of the eurozone, they would not likely react strongly, or over the longer term, to many other government policy decisions and political outcomes.

BASIC LIST OF SUGGESTED ITEMS FOR LONG TERM SURVIVAL Some people are saying we should prepare for at least 7 days, but the way things go after a hurricane, tornado, floods, loss of electricity and the fact that these disasters will continue and perhaps even get worse in coming years according to trends, one week is not enough. Some have said 7 years, but that seems too long so do what you can. Be sure to use the older stocked goods first and replace them with new. Otherwise you will end up with all old food you might not even want to eat. s Homemade Soap Recipe by Robert Wayne Atkins Grandpappy's Homemade Soap Recipe Copyright © 2007,2008 by Robert Wayne Atkins, P.E. All rights reserved and all rights protected under international copyright law. Click Here for a Microsoft WORD printer friendly copy of this article. Introduction During hard times sooner or later everyone runs out of soap.

3 Ways to Hoard Food for an Emergency Edit Article Where to buyWhat to buyWhere to keep it Edited by Aplin8378, Krystle, Teresa, Derrick Hensley and 5 others "Capitalism and the Ivory Tower Intellectuals" by Michael Heller Exit from comment view mode. Click to hide this space This post is inspired by two articles published in the Financial Times by Luke Johnson, British serial entrepreneur and Chairman of Channel 4 and the Royal Society of Arts, in which he neatly summarizes the most basic challenge facing prosperous western countries in decline. The first is titled “Capitalism is still the best system there is”, the second “Choose enterprise over the ivory tower”. Both are behind paywalls (capitalism) but may be read free by registering (incentives). They need to be read in their entirety.

lol, no I don't know who Ron Swanson is, I'm from the UK. Am just interested. by esoteriquette Nov 16

Are you just on my team because of Ron Swanson? by starfishandlatte Nov 16