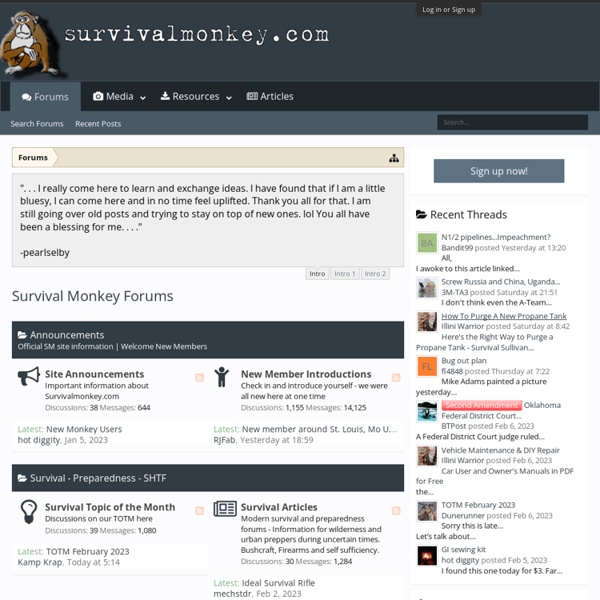 Survival Station - Emergency, Survival and Self Defense Supplies and Information Best fishing knots and rope knots Daily Survival Answers Parvati (Devanagri: पार्वती, IAST: Pārvatī) also known as Gauri, is a Hindu goddess. Parvati is Shakti, the wife of Shiva and the gentle aspect of Mahadevi, the Great Goddess. Parvati is considered to be complete incarnation of Adi Parashakti', with all other goddesses being her incarnations or manifestations. Parvati is nominally the second consort of Shiva, the Hindu god of destruction and rejuvenation. However, she is not different from Satī, being the reincarnation of Shiva's first wife. Parvati is the mother of the gods and goddess, Ganesha and Skanda (Kartikeya). Parvati, when depicted alongside Shiva, generally appears with two arms, but when alone, she is depicted having four or eight arms, and astride a tiger or lion. Etymology Parvata is one of the Sanskrit words for "mountain"; "Parvati" translates to "She of the mountains" and refers to Parvati being born the daughter of Himavan, lord of the mountains and the personification of the Himalayas. Parvati as Goddess of Power Prof.

ZombieSquad Bug Out Bag – The 7 Types of Gear You Must Have to Survive Bug Out Bag For someone new to being a Survivalist building your first Bug Out Bag can seem like a big task. Everybody you read about has been tweaking theirs for months or even years and has a pile of gear built up. It’s hard to know where to start, but if you cover all of the basics in a survival situation you will still be much better off that 99% of the people. A Bug Out Bag, also called a BOB, I.N.C.H Bag (I’m Never Coming Home Bag),Get Out of Dodge Bag (GOOD Bag), or 72 Hour Bag is usually designed to get you out of an emergency situation and allow you to survive self-contained for up to 3 days. A lot of people plan their Bug Out Bag to sustain them for much longer than that, but there is always a limit to what you can carry on your back and a 3 day target is a good place to start. Here are the 7 basic types of gear you will need for your Bug Out Bag: 1. It should go without saying that water is a survival basic for any situation. 2. Backpack Meals 3. 4. They Don’t have a ground tarp…

How to Grow 100 Pounds of Potatoes in 4 Square Feet | Apartment Therapy Re-Nest On many occasions, we've been tempted to grow our own potatoes. They're fairly low maintenance, can be grown in a pot or in the ground, last a fairly long time if stored properly, and can be very nutritious (high in potassium and vitamin C). Here's more incentive: according to this article, you can grow 100 pounds of potatoes in 4 sq. feet. Learn how after the jump... According to this article from the Seattle Times, potatoes planted inside a box with this method can grow up to 100 pounds of potatoes in just 4 square feet. All that is required: Lumber Seed potatoes Soil Careful attention to watering The Times' guide for building a potato growing box yields up to a 100 lbs. of potatoes in a mere 4 square feet is shown below: Plant as early as April or as late as August 1, with an approximated 3 month till harvest turnaround time. Here are some pointers from the article: Cut apart larger seed potatoes, making sure there are at least two eyes in each piece you plant.

Rise Of The Preppers: 50 Of The Best Prepper Websites And Blogs On The Internet Michael Snyder, ContributorActivist Post Are you preparing for the collapse of society? If so, the truth is that you are definitely not alone. All over America, families are transforming spare rooms into long-term food storage pantries, planting survival gardens, unplugging from the grid, converting their homes over to alternative sources of energy, taking self-defense courses and stocking up on just about everything that you can imagine. The re-election of Barack Obama and other recent events seem to have given the prepper movement even more momentum. So what are all of these people prepping for? Well, the truth is that no two preppers have the exact same motivation. Terrorism, killer pandemics, EMP attacks, World War III, martial law, solar megastorms, asteroid strikes and societal chaos are some of the other things that many preppers are worried about. Whatever the motivation, it is undeniable that the prepper movement has gotten very large and that it continues to grow. 1. 5.

Quick Online Tips » Absolutely Del.icio.us - Complete Tools Collection [Regularly Updated] Looking for the best delicious tools, mashups, hacks and services on the web. Delicious is a popular social bookmarks manager that lets you create and share your personal collection of links and categorize them with keyword tags. You can start by viewing the most popular bookmarks. Official delicious tools Tagometer Badge – easily display both tags and number of saves on your siteDelicious API – create your own del.icio.us tools.Delicious Blog – posts official updates about the service.Network Badges – allow you to display details about your del.icio.us network as part of your website.Del.icio.us Firefox Extension – Integrates del.icio.us into Firefox.Play Tagger – easily play mp3 files directly on your website or blog by simply including a tiny javascript.Buttons for Internet Explorer – Integrate del.icio.us right into Internet Explorer. Best Third Party delicious tools, Mashups, Hacks Post a comment if you know of a absolutely delicious tool to be listed here.

Bath salts (drug) Bath salts[1][2] is a term used to describe a number of designer drugs often containing substituted cathinones, which have effects similar to amphetamine and cocaine. The name derives from instances in which the drugs were being sold under the guise of being bath salts.[3][4][5] Their white crystals often resemble legal bathing products like epsom salts, but are chemically disparate from actual bath salts. The drug bath salts' packaging often states "not for human consumption" in an attempt to avoid the prohibition of drugs.[3] Hundreds of other designer drugs or "legal highs" have been reported, including artificial chemicals such as synthetic cannabis and semi-synthetic substances such as methylhexaneamine.[8] These drugs are primarily developed to avoid being controlled by laws against illegal drugs, thus giving them the label of designer drugs.[8] Very little is known about how bath salts interact with the brain and how they are metabolised by the body.

Survival Gear & Bug Out Bags A Bug out bag is basically a large survival kit that’s filled with everything you need to survive after a disaster. A Bug Out Bag allows you quickly grab what you need should you be forced to evacuate during a disaster. Most experts suggest that your BOB should contain enough supplies to last for at least seventy-two hours. Make sure your Bag is built to fit your needs; some people may need items that are not listed on this list. Below we discuss some of the items that you may want to include in your Bug Out Bags, as well as some items that will hold up when it really counts. This will depend on a number of factors, such as the area you live in (climate, elevation, etc….)

Introduction to Evacuation and Bug Out Tactics The Bug Out Bag (BOB) is a vital tool for many survivalists. The BOB is a tool intended to make it help an individual survive the evacuation and transport to a safer area or location. Examples of scenarios that can require evacuation are hurricanes, earthquakes, dam breaks or the meltdown of a nuclear power plant. What a BOB should contain is a debated subject among survivalists and at forums like the Survivalist Boards. Three Different Perspectives1.) 2.) 3.) The first approach is a maximum approach where the individual will have a high number of items that can help to deal with an emergency, the second approach is a minimum approach intended to keep the number of items and weight as low as possible. 1.) The Bug Out Bag is only a tool kit that will help you to deal with emergency and survival situations; no matter what equipment you carry its you and the people around you that will utilize this tool in such a way that it allows you to survive. 2.) 3.) 4.) 1.)