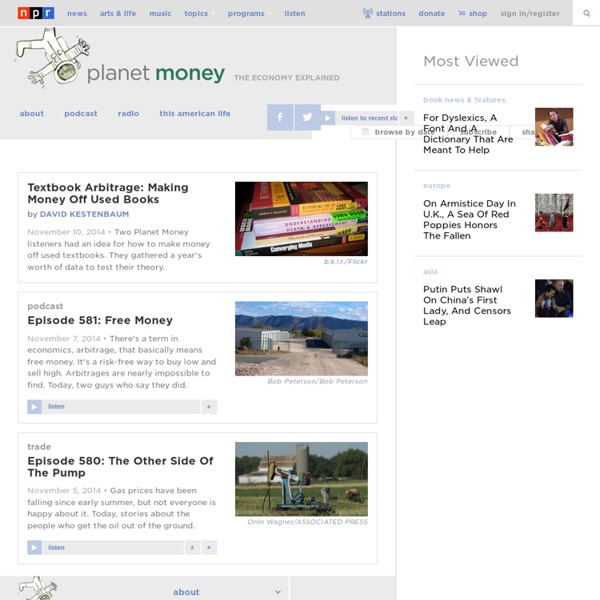 Americans have very little choice over their cable Internet provider. This is largely because of a decision made 12 years ago, when the U.S. went one direction and the rest of the world went another. Radio A study shows that women can be great negotiators, just not when they're asking for themselves. When women negotiate pay on behalf of a friend, they bargain just as hard as the guys. Government

The Zombie Podcast - We're Alive - A Story of Survival Synopsis: A small riot in LA has spread past its containment. Three reserve soldiers are called to their deserted duty station. Believed to be the last remaining armed servicemen in the area, Michael, Angel, and Saul witness the true cause of the riot; people are starting to change and attack each other. Armed with only what they can carry, they set out to secure an apartment building and rescue survivors scattered amongst the shattered remains of civilization. In a world turned upside down, every day is a struggle, as those who have taken refuge in “the tower” find out that their safe haven is under constant threat.

Real Time Economics China’s GDP growth fell in the first quarter to its slowest pace since September of 2012, slipping to 7.4% on-year growth from 7.7% the in the fourth quarter. The increase was slightly higher than economists’ expectations of a 7.3% gain. Authorities released other data that suggested continuing weakness, but not at a quickening pace. Industrial production grew 8.8% on year in March below expectations of 9% but up from an average 8.6% expansion in January and February, combined to limit distortions from the Lunar New Year holidays.

The Wall Street Journal - Breaking News, Business, Financial and Economic News, World News & Video - Wall Street Journal - Wsj.com Classroom Programs We work with schools in low-income communities where at least 50% of the students are eligible for free or reduced price lunch. NFTE is targeting young people who are at risk of dropping out of school, and helping them graduate with their own personal plans for success. Our program is: Highly Academic - During a semester or year long class at school, a NFTE-certified teacher guides students through one of our curriculums: Entrepreneurship: Owning Your Future or Exploring Careers for the 21st Century. Lessons include the concepts of competitive advantage, ownership, opportunity recognition, marketing, finance, and product development - and all tie back to core math and literacy skills. Each student comes up with an idea for a business and works throughout the course to prepare a business plan which they present and defend to a panel of judges.

The Balance Sheet I like Matt Yglesias’s characterization of the financial-reform bill, which finally passed Congress yesterday, as “underrated.” While there are a couple of huge issues that the bill barely deals with (or doesn’t really touch at all), like the problem of Fannie and Freddie and the undue power of rating agencies in our financial system, it actually does something that reform bills don’t always do: namely, reform the system. The bill’s two biggest accomplishments, I think, are the creation of a consumer financial-protection agency and the institution of a resolution authority that will give the government the power to take over a failing bank holding company or investment bank (the F.D.I.C. already has this power when it comes to smaller banks, but until now the government didn’t actually have the legal authority to take over the country’s biggest financial institutions).

What Career Should I Choose? [Interactive Graph] An interactive chart that basically breaks down what occupations are "worth choosing" based on potential salary, competition and market stability. Show More Working in America Jobs are definitely a top of mind subject. Did you know that manufacturing jobs were the largest sector of employment in 1960, yet today the category has fallen to 6th place? In this interactive visualization, browse who has been working in America over the past 50 years by sector, gender or age.