Caribbean Restaurants in London. Business News: Turtle Bay. Turnover soars at Turtle Bay following expansion. Caribbean restaurant chain Turtle Bay has reported a surge in turnover and pre-tax profit in its latest financial results after opening at a series of new sites across the UK. 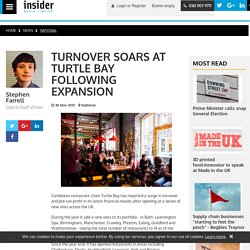 During the year it add a nine sites to its portfolio - in Bath, Leamington Spa, Birmingham, Manchester, Crawley, Preston, Ealing, Guildford and Walthamstow - taking the total number of restaurants to 14 as of the year end of 1 March 2015. Since the year end, it has opened restaurants in areas including Cheltenham, Derby, Huddersfield, Liverpool, York and Brixton.

Turtle Bay also plans for further sites including Exeter, Sheffield and Leeds and has secured additional funding from Santander to support its plans for 2016 and beyond. In the company's latest accounts covering the year ending 1 March 2015, turnover soared to £26m from £9.9m in 2013/14. Pre-tax profits also grew to £4.5m, compared with £1.9m the year before. Turtle Bay Caribbean restaurant comes to London. The restaurant is set to open in November 2014 and will measure 4,000sq.ft, with additional dining space outside for use in sunny weather. 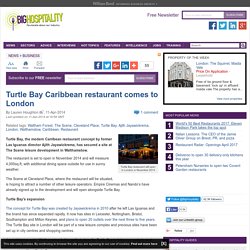 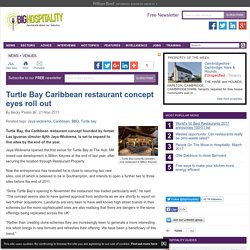 Now the entrepreneur has revealed he is close to securing two new sites, one of which is believed to be in Southampton, and intends to open a further two to three sites before the end of 2011. “Since Turtle Bay’s opening in November the restaurant has traded particularly well,” he said. “The concept seems also to have gained approval from landlords as we are shortly to report on two further acquisitions. Landlords are very keen to have well known high street brands in their schemes but the more sophisticated ones are also realising that there are dangers in the same offerings being replicated across the UK. “Rather than creating clone schemes they are increasingly keen to generate a more interesting mix which brings in new formats and refreshes their offering. 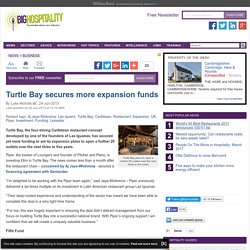 The news comes less than a month after the restaurant chain – conceived by Aj Jaya-Wickrema - secured a financing agreement with Santander. “I’m delighted to be working with the Piper team again,” said Jaya-Wickrema – Piper previously delivered a six-times multiple on its investment in Latin American restaurant group Las Iguanas. “Their deep-rooted experience and understanding of the sector has meant we have been able to complete this deal in a very tight time frame. “For me, this was hugely important in ensuring the deal didn’t distract management from our focus on building Turtle Bay into a successful national brand.

Turtle Bay apologises after for BLACKING UP photos of customers for Rastafy Me' campaign  A Caribbean restaurant has apologised after it used software to black up photos of its customers and give them dreadlocks as part of a 'Rastafy Me' marketing campaign. 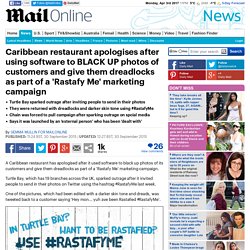 Turtle Bay, which has 19 branches across the UK, sparked outrage after it invited people to send in their photos on Twitter using the hashtag #RastafyMe last week. One of the pictures, which had been edited with a darker skin tone and dreads, was tweeted back to a customer saying 'Hey mon... yuh ave been Rastafied #RastafyMe'. Turtle Bay sparked outrage after it used software to black up photos of customers and give them dreadlocks in a social media campaign dubbed #RastafyMe The chain was forced to pull the campaign, after deleting all related posts, blaming it on an 'external person' who had 'launched an inappropriate social media campaign on our behalf'. 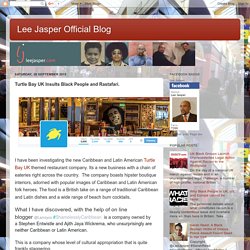 Its a new business with a chain of eateries right across the country. The company boasts hipster boutique interiors, adorned with popular images of Caribbean and Latin American folk heroes. The food is a British take on a range of traditional Caribbean and Latin dishes and a wide range of beach bum cocktails. What I have discovered, with the help of on line blogger is a company owned by a Stephen Entwistle and Ajith Jaya Wickrema, who unsurprisingly are neither Caribbean or Latin American.This is a company whose level of cultural appropriation that is quite frankly staggering.

UK News: Caribbean Themed Restaurant ‘Turtle Bay’ Accused Of Racism Over Online Campaign – MAD NEWS UK. Turtle Bay, the Caribbean themed restaurant chain first came to my attention several months ago after it was announced that the owners would be opening a restaurant in Brixton, south London. 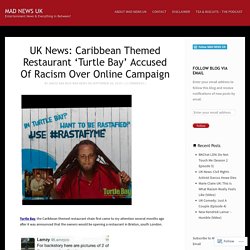