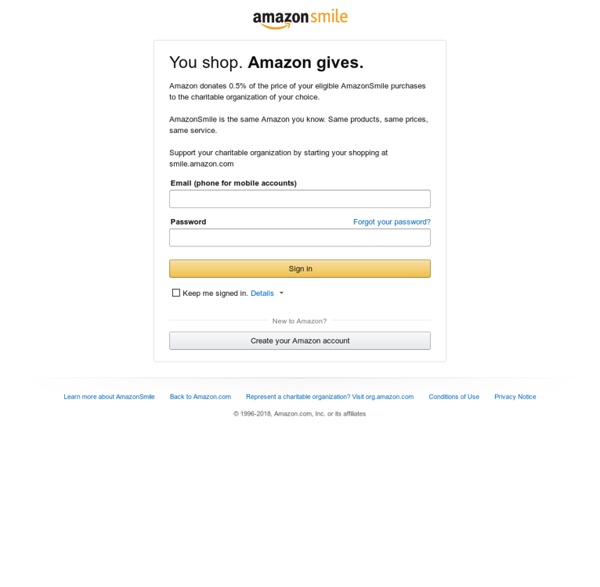 Why individual donors matter: An interview with PSI’s Karl Hofmann Posted by Charles Bresler on Wednesday, February 18, 2015 Last week Charlie Bresler met with Karl Hofmann, President and CEO of Population Services International (PSI) to discuss PSI's recent healthcare initiatives and the importance of individual donors for PSI's life-changing poverty relief work. Today’s post highlights some of PSI’s recent achievements in its goal of eradicating extreme poverty during our lifetime. This is the first piece in a blog series written by Charlie that will feature perspectives, insights, and recommendations from the directors of The Life You Can Save’s recommended charities. What possessed Karl Hofmann, a career diplomat stationed in Paris, to leave the diplomatic corps and accept a position as President and CEO of Population Services International?

Try Cloud Computing Free with AWS Free Tier AWS Marketplace offers more than 700 free and paid software products that run on the AWS Free Tier. If you qualify for the AWS Free Tier, you can use these products on an Amazon EC2 t2.micro instance for up to 750 hours per month and pay no additional charges for the Amazon EC2 instance (during the 12 months). Software charges may still apply for paid software. The Berenst(E)ain Bears Conspiracy Theory That Has Convinced the Internet There Are Parallel Universes The bears in action. Screenshot via YouTube More articles like this:

Lombard Street: A Description of the Money Market Chapter I: Introductory↩ I venture to call this Essay 'Lombard Street,' and not the 'Money Market,' or any such phrase, because I wish to deal, and to show that I mean to deal, with concrete realities. A notion prevails that the Money Market is something so impalpable that it can only be spoken of in very abstract words, and that therefore books on it must always be exceedingly difficult. But I maintain that the Money Market is as concrete and real as anything else; that it can be described in as plain words; that it is the writer's fault if what he says is not clear. In one respect, however, I admit that I am about to take perhaps an unfair advantage.

Here Are The Charities You Should Support, According To Data Individual donors in the United States collectively give far more money to charities than foundations and corporations combined. There are countless charities to choose from, and many do good work. But a precious few can say they dramatically improve or save people's lives in a cost-effective way, and then back up their claims with hard data. How do donors find these diamonds in the rough?

Mobile Ads Click here for details In-App Display Advertising Solution from Amazon Monetization opportunity with great eCPM High-quality ads from Amazon and brand advertisers Easy integration and revenue tracking through a single portal Distribution at scale through Amazon and other Android stores How to Get Started Sign in to your Amazon Apps & Games Developer Portal account. How much attention does climate change warrant? - Harvard College Effective Altruism David Keith is Professor of Applied Physics in the School of Engineering and Applied Sciences and Professor of Public Policy at the Harvard Kennedy School. His academic work currently focuses on solar geoengineering: assessments of the technology, public engagement with its social consequences, and the development of related public policies and governance mechanisms. Following years of research on direct air capture, Keith founded and currently serves as president of Carbon Engineering, a Calgary-based start-up that works on capturing carbon dioxide from ambient air to produce low carbon fuels for transportation on an industrial scale. Keith also co-manages the Fund for Innovative Climate and Energy Research, a multimillion-dollar philanthropic geoengineering research fund established by Microsoft founder Bill Gates. Keith was named Canadian Geographic’s Environmental Scientist of the Year in 2006 and one of TIME magazine’s Heroes of the Environment in 2009.