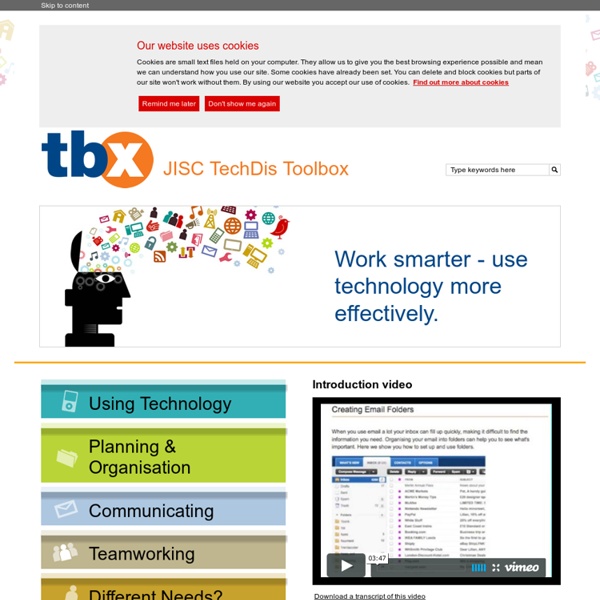 Information Skills for a 21st Century Scotland - Home Demos | Publications The internet is the greatest source of information for people living in the UK today. But the amount of material available at the click of a mouse can be both liberating and asphyxiating. Although there are more e-books, trustworthy journalism, niche expertise and accurate facts at our fingertips than ever before, there is an equal measure of mistakes, half-truths, propaganda, misinformation and general nonsense. Truth, Lies and the Internet examines the ability of young people in Britain to critically evaluate information they consume online. This pamphlet recommends that teaching young people critical thinking and skepticism online must be at the heart of learning.

Writing as a process not a product: How can we engage boys in writing? - jimsweetman's posterous When we start to think about why boys don't like writing in school the simple answer is that they are - self evidently - bad at it. They go to school too young and they start writing too young and they start reading too young and they see the girls do better because their motor skills, capacity to concentrate and intellect are developing at a different pace and in different directions. Boys are bad at embroidery too. When we want to engage them in independent writing, particularly at key stage two where it is a worry for other reasons, they are still writing more slowly so test conditions are particularly trying. It goes on throughout education. And, the opposite feeds back with boys into a further reluctance to write. Engaging boys in writing assumes that if we find the perfect stimulus, the right task and enough space and time to complete it the boys will do okay. Neither is all that rubbishy staff about purposes and context for writing and scaffolding and frameworks any good.

How to Use Google Search More Effectively [INFOGRAPHIC] Among certain circles (my family, some of my coworkers, etc.) I'm known for my Googling skills. I can find anything, anywhere, in no time flat. My Google-fu is a helpful skill, but not one that's shrouded in too much mystery — I've just mastered some very helpful search tricks and shortcuts and learned to quickly identify the best info in a list of results. Sadly, though web searches have become and integral part of the academic research landscape, the art of the Google search is an increasingly lost one. That search process also included determining when to rely on Google and when to utilize scholarly databases, but on a fundamental level, it appears that many people just don't understand how to best find the information they seek using Google. Thanks to the folks at HackCollege, a number of my "secrets" are out. Infographic via HackCollege Image courtesy of iStockphoto, LICreate

Google kills off seven more products including Wave 23 November 2011Last updated at 12:44 Google develops many products, not all of which are hits with the public Google has announced that it is dropping seven more products in an effort to simplify its range of services. The out-of-season "spring clean" brings an end to services including Google Wave, Knol and Google Gears. It is the third time that the US firm has announced a cull of several of its products at the same time after they had failed to take off. Experts said the strategy might put off users from signing up to new services. Google announced the move in its official blog. "We're in the process of shutting a number of products which haven't had the impact we'd hoped for, integrating others as features into our broader product efforts, and ending several which have shown us a different path forward," said Urs Holzle, Google's vice president of operations. "Overall, our aim is to build a simpler, more intuitive, truly beautiful Google user experience," he added. Wave goodbye Lessons Focus

Plagiarism You have something in common with the smartest people in the world. You see, everyone has ideas. We use our minds to create something original, whether it’s a poem, a drawing, a song, or a scientific paper. Some of the most important ideas are published and make it into books, journals, newspapers and trustworthy websites that become the building blocks for things we all learn. But ideas are also very personal, and we need dependable ways to keep track of the people behind the ideas we use because they deserve credit for their contribution, just as you do if someone uses your idea. Meet Cassie, a university student. She’s not the kind of person who would plagiarize by turning in someone else’s work, but she is aware that plagiarism can happen accidentally, so she follows some basic rules: First, when she quotes an author directly, she uses quotations marks around the words to show that they are not hers, alongside a mention of the author’s name.

Good to Know – Google If you’re the tablet owner, touch Settings → Users → Add user or profile. Touch Restricted profile then New profile to name the profile. Use the ON/OFF toggles and Settings to grant access to features, settings and apps. Press the Power button to return to the lock screen, then touch the new profile icon. Once it's all set up, the Home screen is empty. Museums, libraries and archives - learning - Home Neil's Toolbox :: A Collection of Useful Tools and Resources | Neil's Toolbox