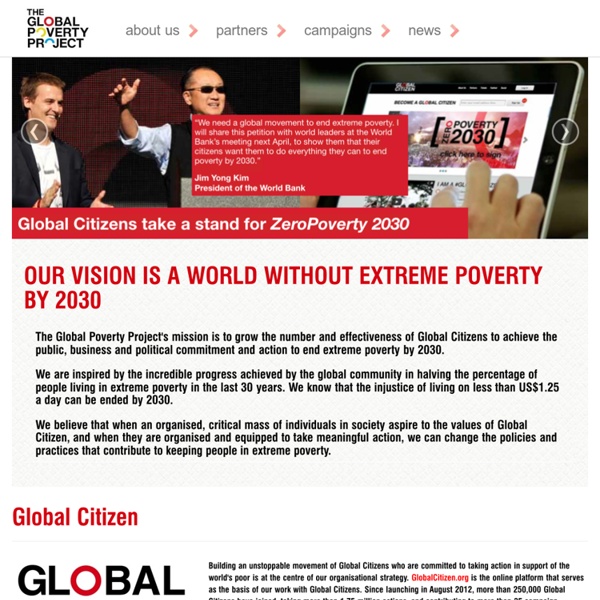 Causes of Poverty Author and Page information by Anup ShahThis Page Last Updated Sunday, September 28, 2014 Almost half the world — over 3 billion people — live on less than $2.50 a day.The GDP (Gross Domestic Product) of the 41 Heavily Indebted Poor Countries (567 million people) is less than the wealth of the world’s 7 richest people combined.Nearly a billion people entered the 21st century unable to read a book or sign their names.Less than one per cent of what the world spent every year on weapons was needed to put every child into school by the year 2000 and yet it didn’t happen.1 billion children live in poverty (1 in 2 children in the world). 640 million live without adequate shelter, 400 million have no access to safe water, 270 million have no access to health services. 10.6 million died in 2003 before they reached the age of 5 (or roughly 29,000 children per day). Poverty is the state for the majority of the world’s people and nations. 14 articles on “Causes of Poverty” and 6 related issues: Aid

Our Impact | Water & Sanitation for the Urban Poor  Learn about our approach We work with service providers to demonstrate and scale up successful models to improve services for low income consumers.  See the cities we work in Our implementation programme is currently focused in towns and cities in six countries. UK Youth Climate Coalition Texas in Africa Millennium Summit The Millennium Summit was a meeting among many world leaders lasting three days from 6 September[1] to 8 September 2000[2] at the United Nations headquarters in New York City. Its purpose was to discuss the role of the United Nations at the turn of the 21st century.[3] At this meeting, world leaders ratified the United Nations Millennium Declaration.[4] This meeting was the largest gathering of world leaders in history as of the year 2000.[3] It was followed by the World Summit five years later, which took place from 14 September to 16 September 2005. Goals[edit] Heads of State at the Summit. The General Assembly Resolution that decided upon this summit stated that it attempted to seize "a unique and symbolically compelling moment to articulate and affirm an animating vision for the United Nations. In this summit, 189 member states of the United Nations agreed to help citizens in the world's poorest countries to achieve a better life by the year 2015. Delegations[edit] The Summit[edit]

Plans to end global poverty | Liz Ford | Global development There are little more than three years until the 2015 deadline to achieve the UN's millennium development goals (MDGs). But, without drastic action, they look set to become another set of failed promises to the world's poor. The eight goals, agreed by global leaders in 2000, aim to cut poverty and hunger, increase access to education, healthcare and clean water, improve the lives of women and children, and reduce the transmission of major diseases. They also seek to foster links between the public and private sector and encourage greater co-operation between countries in the southern hemisphere. Next week, ministers from rich and poor nations and the heads of multilateral institutions will gather in Busan, South Korea, to discuss how aid can be used more effectively to achieve the MDGs and drive future global development. But how can lasting improvements for the poor be achieved? Identifiable outcomes "To get a school built, I can almost do that by clicking my fingers.

How Do You Scale Social Innovation Startups? Editor’s note: This guest post is written by Erica Kochi, the co-lead of UNICEF’s Innovation unit. Her team started UNICEF’s open source RapidSMS platform which has been adopted in developing countries worldwide. She co-teaches a class ”Design for Unicef” in NYU’s ITP Program, is a global partner of Stanford’s New Product Design Innovation course, and has lectured at Harvard, Yale, and Columbia University on leveraging technology and design to improve international development. She previously wrote on TechCrunch about how the future of mobile lies in the developing world. You’re a social entrepreneur wanting to change the world, but are having a hard time scaling your promising idea and achieving lasting impact. To frame this advice, let’s first take a look at what the terms scale and impact mean. Scale implies that your idea is reaching a large percentage of your target audience. Mehrdod, a 10-year-old boy, winces as he is vaccinated against measles in Dushanbe, Tajikistan. 1. Dr. 2.

Pants to Poverty - Welcome Open The Echo Chamber I’m a big fan of accountability when it comes to aid and development. We should be asking if our interventions have impact, and identifying interventions that are effective means of addressing particular development challenges. Of course, this is a bit like arguing for clean air and clean water. Seriously, who’s going to argue for dirtier water or air. Who really argues for ineffective aid and development spending? Nobody. More often than not, discussions of accountability and impact serve only to inflate narrow differences in approach, emphasis, or opinion into full on “good guys”/ “bad guys” arguments, where the “bad guys” are somehow against evaluation, hostile to the effective use of aid dollars, and indeed actively out to hurt the global poor. When we start from this as a foundation, the accountability discussion is narrowed to a rather tepid debate about the application of the right tools to select the right programs. This is a pretty weak assumption. What am I getting at?

World Poverty World Business Council for Sustainable Development Understanding the business contribution to society The WBCSD Measuring Impact Framework, launched in 2008, was developed in collaboration with over 20 WBCSD member companies. It is designed to help companies understand their contribution to society and use this understanding to inform their operational and long-term investment decisions, and have better conversations with stakeholders.