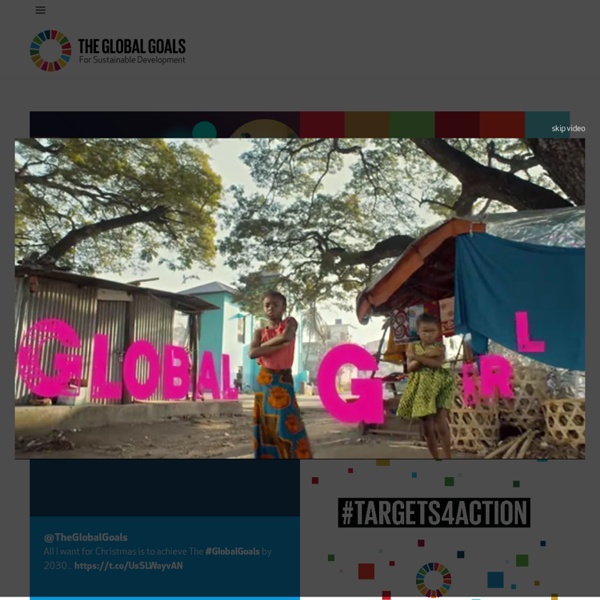 Goal 6: Clean Water & Sanitation <a id="mobile-version-link" class="mobile-version-link" href=" the mobile version of globalgoals.org</a> Targets Human Development Reports You're missing out! This site's interactive maps and charts require a modern browser. For the best experience, please visit this site using Chrome, Firefox, or Internet Explorer 9 or above. International Human Development Indicators A new response to effective altruism Reid Hoffman, the founder of Linkedin, recently reviewed Will's book, Doing Good Better. Overall, it was very positive. One difference, however, was that he thinks we should continue to give some portion of our resources locally rather than internationally, and he justifies this on the basis of having a greater long-run impact. I hadn't seen this argument made by someone who agrees with so much of effective altruism before (normally those in favor of local giving reject the idea that we should maximise our social impact at all, or seem to have misunderstood effective altruism). I'm not convinced, but I think we should take the argument seriously: But we're also members of local communities, and we have a moral obligation to support philanthropic efforts in those communities too, even if they don't leverage our contributions as efficiently as they might somewhere else.

17 Signs Our World Is Already Changing for the Better The Local Globalists Infographic Communities pan with mousewheelpinch The United Nation’s 17 Sustainable Development Goals is an audacious to-do list for the world: In 15 years, the U.N. wants everyone on earth to work together to eradicate poverty, stop climate change, and undo inequality and injustice. ited Nations Millennium Development Goals Disclaimer The United Nations is not responsible for the content of any messages posted on this site or sites linked from this page. The inclusion of a message does not imply the endorsement of the message by the United Nations. Target 7.A: Integrate the principles of sustainable development into country policies and programmes and reverse the loss of environmental resources Forests are a safety net, especially for the poor, but they continue to disappear at an alarming rate.

Have we achieved the Millennium Development Goals? - CBBC Newsround In the year 2000, countries around the world joined together to start the biggest ever effort to tackle global problems. It was the start of a new millennium, which marks a thousand years. Global leaders agreed that we should all do more to fight poverty, so that the new millennium would be better than the last. How Long Will it Take Economic Growth to Eliminate Extreme Poverty? Many charitable interventions in low-income countries have a significant positive impact, but what such interventions can achieve is frequently constrained by under-development. It is often claimed that economic growth is the only means to completely eradicate poverty. Sometimes this claim is meant to criticise the efficacy of giving to charity. Stand Up, Stand Strong for Schools by Steve Brunskill, Sue Nelson and Dianne Filipenko A$5 + Reward approx C$5 Stand Up Stand Strong Thanks for standing with us! We heart you. We'll give you a #StandUpStandStrong Shout Out on our Facebook and Instagram accounts!

Launch Content Marketing Program with Step-by-Step Workbook Does either of these statements describe your organization? A. Content is everyone’s responsibility – but it’s no one’s job. B. Content marketing is treated as a project, not a process integrated into every function of the organization. Only 3% of UK adults feel ashamed at wasting food, poll finds Only 3% of UK householders think there is a stigma attached to wasting food, while many try to save money by switching off lights or turning down the heating, instead of reducing food waste, according to a report. The Sainsbury’s survey of food waste habits shows that the vast majority of people fail to see the value of watching out for food waste, compared with other money-saving habits that have become second nature. According to the poll of more than 5,000 UK adults, 74% of householders actively turn lights off when they leave a room and 55% turn down the heating. Nearly one-third (32%) have changed energy suppliers to keep household bills down, saving an average of £200 a year. Collectively, these changes would save £305 a year, less than half of the £700 a typical family wastes on food that goes uneaten and is thrown away. In January, Sainsbury’s launched a partnership with the town of Swadlincote in Derbyshire, where it is spending £1m to cut food waste by trialling new technology.