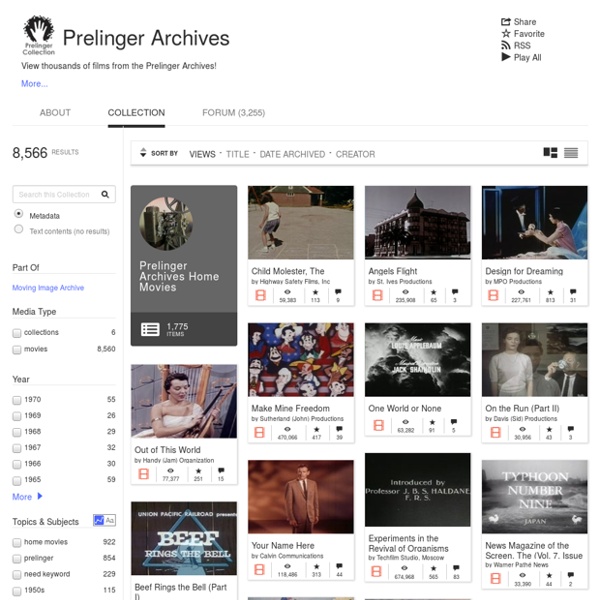 Top 10 Toilets Through Time It’s not glamorous, but everybody needs to do it. From Romans gossiping on the loo to medieval royal bottom-wiping, to the invention of our modern flushing toilet, here are 2,000 years of toilet history! *Updated November 2017* Index: if-archive/games/zcode This directory contains games in Infocom Z-Machine format, NOT games published by the company Infocom. The games here can be played with an Infocom game interpreter; look in infocom/interpreters for a version for your system. Source code of the games, if available, can be found in games/source/inform. 404-Life_not_found.zblorb [25-May-2011] 404- Life not found, by Evan Derby.

The People vs. Columbus, et al. » Zinn Education Project This role play begins with the premise that a monstrous crime was committed in the years after 1492, when perhaps as many as three million or more Taínos on the island of Hispaniola lost their lives. (Most scholars estimate the number of people on Hispaniola in 1492 at between one and three million; some estimates are lower and some much higher. By 1550, very few Taínos remained alive.) Why did we forget how to date? New documentary aims to find out Boston, Mass., Feb 18, 2018 / 03:45 pm (CNA).- It was about 10 or so years ago when Kerry Cronin, a professor at Boston College, noticed something was up with the way her young students were dating – or, rather, not dating. It was the end of the year and she was talking to a group of bright, charismatic students who were full of plans for their future. Cronin asked her students if graduation meant some difficult conversations with their boyfriends or girlfriends – and she got blank stares.

Download & Streaming : Audio Archive Listen to free audio books and poetry recordings! This library of audio books and poetry features digital recordings and MP3's from the Naropa Poetics Audio Archive, LibriVox, Project Gutenberg, Maria Lectrix, and Internet Archive users. LibriVox - founded in 2005 - is a community of volunteers from all over the world who record public domain texts: poetry, short stories, whole books, even dramatic works, in many different languages. All LibriVox recordings are in the public domain in the USA and available as free downloads on the internet. If you are not in the USA, please check your country's copyright law before downloading. Please visit the LibriVox website where you can search for books that interest you.

The Invisible Black Backdrop - Photography Technique - Glyn Dewis Over the past few weeks in preparation for the launch of my new ‘InSight Photography Workshop’ I’ve been running ‘testers’ (mini workshops) with groups of photographers to teach a range of lighting techniques and also to get brutal honest feedback. One of the techniques I’ve been teaching has become affectionately knows as ‘The Invisible Black Backdrop’ and without doubt has proven to be one of the most popular techniques amongst attendees. So, this got me thinking…why not write a tutorial, post it on the blog and then encourage those who give it a go to submit their photographs?…I mean, what better way to judge your teaching than by seeing the results achieved by others? So…what is the ‘Invisible Black Backdrop’?

An Introduction to 100 Important Paintings with Videos Created by Smarthistory If you have an interest in how the internet has widened the very concept of education, you may well know about Google's Art Project, a digital wealth of free visual art information and viewing opportunities we've featured before. And you more than likely know about Khan Academy, the highest-profile producer of educational videos on the internet. Now, from the combined power of their learning resources comes this collection of video introductions to over 100 important paintings. Ranging from between two to nine minutes and covering works of art created in eras from 575 B.C.E to the Second World War, these brief but intellectually dense and visually rich lessons bear the label of Smarthistory, "a multimedia web-book about art and art history" that merged with Khan Academy in 2011.

Image Archive on American Eugenics Movement he philosopher George Santayana said, "Those who cannot remember the past are condemned to repeat it." This adage is appropriate to our current rush into the "gene age," which has striking parallels to the eugenics movement of the early decades of the 20th century. Eugenics was, quite literally, an effort to breed better human beings – by encouraging the reproduction of people with "good" genes and discouraging those with "bad" genes. Eugenicists effectively lobbied for social legislation to keep racial and ethnic groups separate, to restrict immigration from southern and eastern Europe, and to sterilize people considered "genetically unfit." Elements of the American eugenics movement were models for the Nazis, whose radical adaptation of eugenics culminated in the Holocaust. You may find some of the language and images in this Archive offensive.

Filming Families: The Modern Family Video with Courtney Holmes Portrait photographers capture moments in time for families, parents, and children. But in order to tell the whole story, you need to switch your camera to video mode, and become the storyteller behind the camera. Join Courtney Holmes, family photographer, filmmaker, and founder of FilmingLife Academy as she empowers you to add video to your photography business. In this class, Courtney takes you on location to a home in Seattle to see how she organizes a family shoot from start to finish. You will learn in a unique way how Courtney works to capture authentic family moments on video and how to stay flexible in a new home environment that you’ve never filmed in before.

Ten Great Tech Tools for Social Studies Lessons Over the last decade I've written about a lot of excellent resources for social studies lessons. Over time some of those tools have faded away and others have moved to the forefront of my top recommendations. Here's my current list of ten top tools for social studies lessons. Timeline JS Timeline projects as as old as history classes themselves.