Move the Turtle. Programming for kids 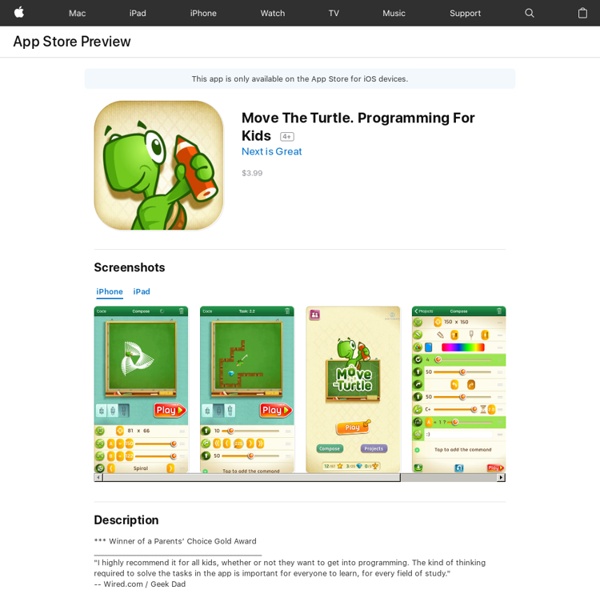 Research FUSE Labs - Kodu Game Lab An overview of Kodu. (Click to play) Kodu lets kids create games on the PC and Xbox via a simple visual programming language. Kodu can be used to teach creativity, problem solving, storytelling, as well as programming. Anyone can use Kodu to make a game, young children as well as adults with no design or programming skills. Since Kodu's introduction in 2009, we have visited the White House, teamed up with great groups like NCWIT and DigiGirlz, inspired academic research and been the subject of a book (Kodu for Kids). Kodu for the PC is available to download for free. Cargo-Bot for iPad Pivot Stickfigure Animator - Download