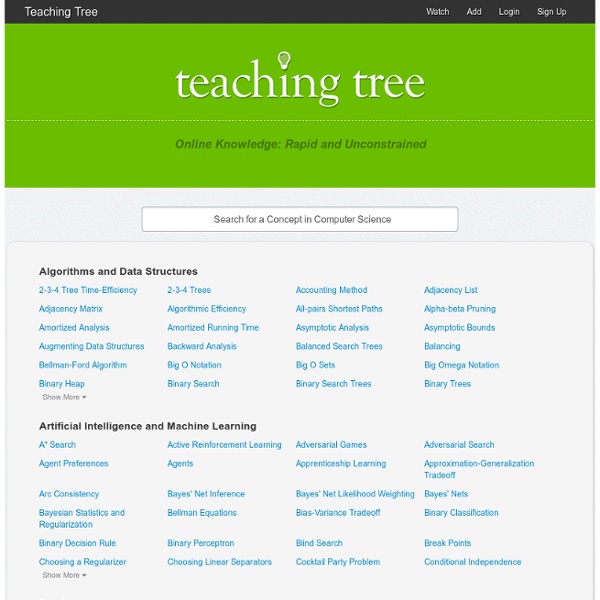 7 Rules for Creating Gorgeous UI (Part 1) Introduction OK, first things first. This guide is not for everyone. Who is this guide for? Developers who want to be able to design their own good-looking UI in a pinch.UX designers who want their portfolio to look better than a Pentagon PowerPoint. Or UX designers who know they can sell an awesome UX better in a pretty UI package. 30 Useful Responsive Web Design Tutorials So we’ve reached the end of our "Responsive Web Design week", tonight’s post will be the last of the series. We are going all out to help you hone your skills in manipulating those codes to respond at will when displayed on different devices. And to do this, we are featuring 30 Responsive Web Design Tutorials found online. This list is not meant to be an exhaustive one but it will get you started on understanding the basics of designing an adaptive website that will cater to all sorts of screen sizes. We’ll start off with introductory tutorials in ‘Breaking the Ice’, something like an RWD: 101 class you should attend to get the hang of the concept before we move on to ‘Start Building’ exercises.

15 Nice Solutions for Free Contact Form Services There are many free options from which you can create a contact form for your website. The services usually offer both free service plans with less features and the paid ones which will remove the limitations and offer extra features. In this round-up, you’ll find the range of 15 free contact form services that allow you to create contact forms easily even without knowing much about PHP programming. Note that some of them may additionally have advanced premium options that actually require a monthly fee. Need contact form builders?

Checkerboard, striped & other background patterns with CSS3 gradients You’re probably familiar with CSS3 gradients by now, including the closer to the standard Mozilla syntax and the ugly verbose Webkit one. I assume you know how to add multiple color stops, make your gradients angled or create radial gradients. What you might not be aware of, is that CSS3 gradients can be used to create many kinds of commonly needed patterns, including checkered patterns, stripes and more. View demo (Works in Webkit, Firefox 3.6+, Opera 11.50+ and IE10+) The main idea behind the technique is the following, taken from the CSS3 Images spec:

11 Background & CSS Pattern Generators A good pattern can make all of the difference for some designs. I myself just upgraded my web design, and started using a wooden background pattern, which I think has made a huge difference on the overall experience of the site, and in a positive way, of course. My most recent post – prior to this – that involves colors was the post about color scheme and palette generators, which for more experienced users can be the same as a pattern generator. 30 Pure CSS3 Tutorials & Examples CSS3 contains several new important features to enhance your designes, it has completly opened new posibilities for designers. With CSS3 and HTML5, one can now create extremely modern and very stylish web designes, loaded with effects and animations. But CSS3 selectors are relatevily new and are not supported in older browser, especially the older Internet Explorer versions. Click here to see visual display of HTML5 and CSS3 support.

Master CSS gradients | CSS3 | Creative Bloq Knowledge needed: Intermediate HTML, good CSS Requires: Text editor, recent browser version Project time: 4-6 hours Download source files This is an edited excerpt of Chapter 11 of The Book of CSS3: A Developer’s Guide to the Future of Web Design by Peter Gasston. The word gradient has many different meanings, but in CSS, a gradient is strictly defined as a gradual transition between a range of (at least two) colours. CSS gradients are a fairly recent development but have already been through a number of changes. They were originally proposed by the WebKit team in April 2008, modified from the syntax proposed for the canvas element in HTML 5. The W3C’s CSS Working Group later proposed a modified syntax, and this syntax is in the latest revisions of the Image Values Module.

CSS3 Linear Gradients [CSS3 Tips] Gradient is a great color feature addition in CSS3. Rather than only add a single color, we can now add multiple color combinations in one declaration block without relying on images, which could decrease the HTTP request in our website allowing the website load faster. If you have played around with gradients in CSS3 you are probably familiar with the two methods: radial and linear gradient. Today’s post will be about the latter. Creating Gradients As the spec says gradients in CSS3 is an image, it has no special property like other new feature addition, so it is declared using the background-image property instead. Mastering CSS Gradients in Less Than 1 Hour #wd { position: relative; width: 450px; CSS Tutorials - CSS Repeating Backgrounds | Jacorre Are you looking for a repeating background using CSS? This tutorial will teach you how to create 3 different css repeating backgrounds: horizontal, vertical and tiled. Let’s start with a horizontal repeating background. This would be a background image that repeats itself left to right. For example, let’s say we want to create the following horizontal bars at the top of a webpage: In Photoshop, create a new file with a width of 1 pixel and a height of 150 pixels.

Quick Tip: Understanding CSS3 Gradients Creating an image only for the purpose of displaying a gradient is inflexible, and is quickly becoming a bad practice. Unfortunately, at the time of this writing, they very well might still be required, but hopefully not for much longer. Thanks to Firefox and Safari/Chrome, we can now create powerful gradients with minimal effort. Stripes in CSS Stripes are pretty easy to do in CSS these days. CSS gradients via the background-image property really got our back. I thought I'd document some variations in one easy to reference place. Normal Colored Diagonal Stripes Diagonal stripes are easy to pull off thanks to repeating-linear-gradient(): background: repeating-linear-gradient( 45deg, #606dbc, #606dbc 10px, #465298 10px, #465298 20px );

CSS Gradients This article was originally published on March 2, 2010. It was updated April 1, 2011, July 20, 2011, and again March 3, 2014, each time to clarify and correct browser prefixes and best practices. Just as you can declare the background of an element to be a solid color in CSS, you can also declare that background to be a gradient. Using gradients declared in CSS, rather using an actual image file, is better for control and performance. Using CSS gradients - Web developer guide CSS gradients are new types of <image> added in the CSS3 Image Module. Using CSS gradients lets you display smooth transitions between two or more specified colors. This lets you avoid using images for these effects, thereby reducing download time and bandwidth usage. In addition, because the gradient is generated by the browser, objects with gradients look better when zoomed, and you can adjust your layout much more flexibly.